When we sailed here from Buenos Aires—the crossing was easy and the winds favorable— Punta del Este appeared, like a mirage, on the horizon. This is the pearl of the Southern Cone, its most exclusive beach, and it is invaded by the rich and famous when the austral summer begins.

Tourists arrive during the first warm days of the last month of the year, and members of the Brazilian or Argentinean jet set want to be seen on the beaches, set along long stretches of dunes, or shopping on the elegant streets. From the moment they touch Uruguayan soil they begin a contest, a game in which they compete for who has the finest clothes, drives the finest cars or wears jewelry that shines in the light of hot nights and lively conversations.

Gorlero Street, dressed in neon and sophisticated window displays, lives to the rhythm of the beautiful women who stroll there, flaunting their spectacular bronzed bodies, while the men show off their Porsches and BMWs. 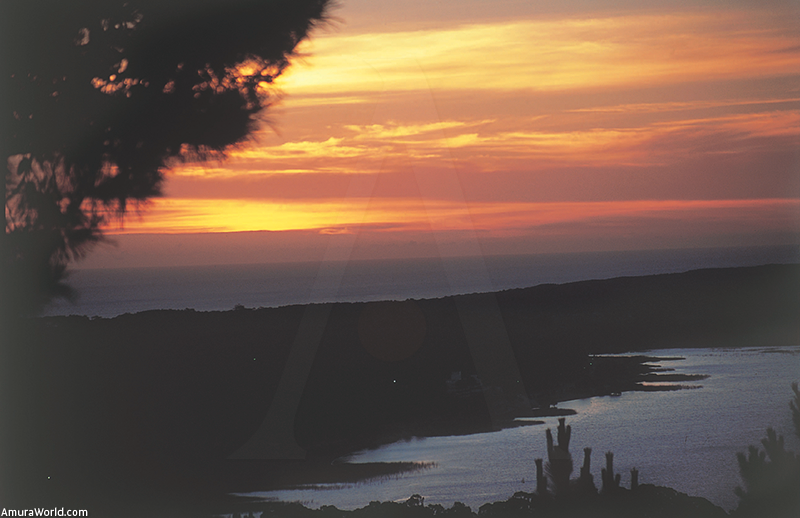 We dined in the restaurants on Rambla Artigas, sharing the nightlife with the summer crowd. Since we were on assignment for Amura, we were invited to the private parties at the elegant mansions that are located on the sea or hidden among the pines.

The casinos, like the Conrad, are very festive and attract huge crowds, but we preferred taking afternoon tea in Las Cumbres, a marvelous, exclusive hotel and restaurant. It is located at the top of Cerro de la Ballena, and has a spectacular view. It is customary for visitors to want to be seen there or to run into someone they know. This unique spot is the favorite of intellectuals. 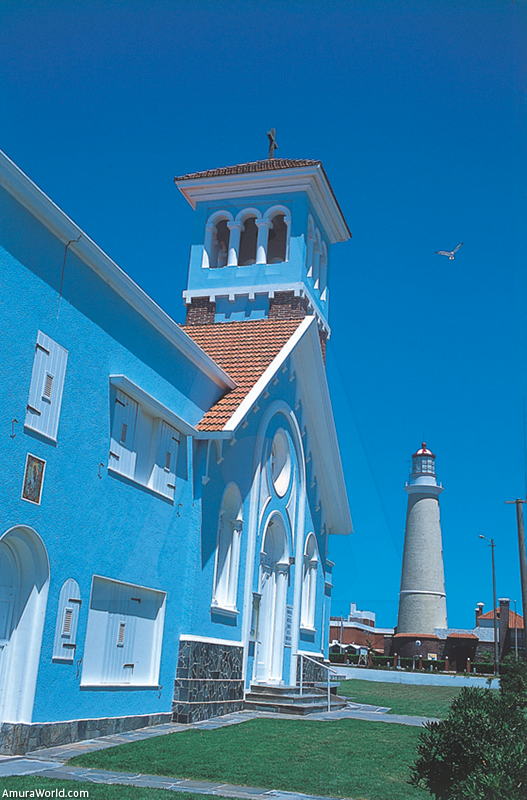 Punta del Este’s natural setting is also beautiful, with stretches of long beaches, golden dunes and the dark blue sea that are trapped in the sizzling summers. Other attractions include Sauce Lagoon, which reflects the pine forests and Maldonado stream with its unique bird-filled estuary, which is also home to the charming town of La Barra.

Parrots enliven the atmosphere and sea lions swim between the rocks and Punta Ballena. This is the place chosen for flashy homes, and this is where the studio of the renowned Uruguayan artist Carlos Páez Vilaró is located. Many famous people are found along this beach, although it has not lost its feeling of privacy. In the marina, situated at the end of Mansa Beach, on Río de la Plata, Amura’s sailboat held its own among the beautiful yachts. 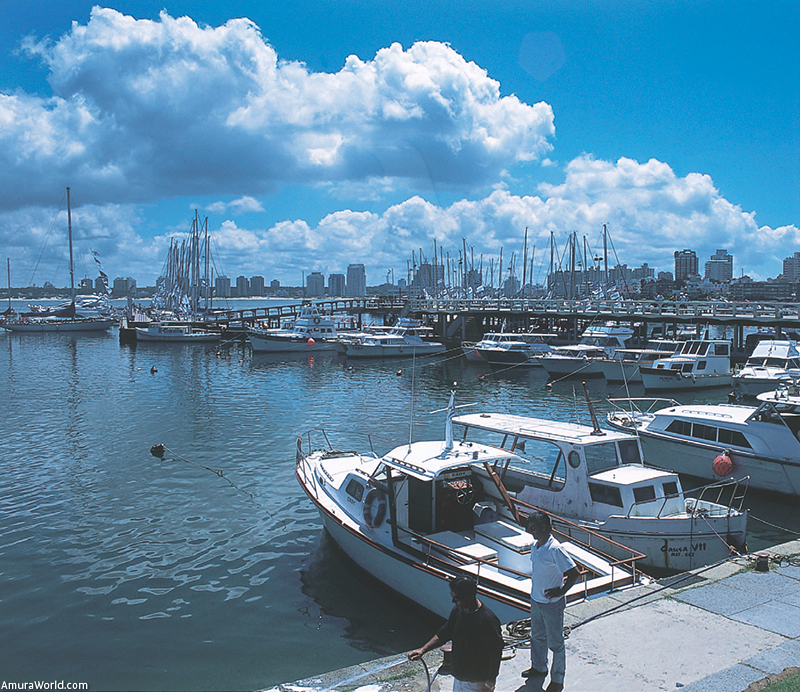 The southern point of the city is filled with spacious, exclusive homes, and this is where the beautiful blue church and the lighthouse are located. Waves explode, bikinis rival in color, bodies, the color of brown sugar, compete in their perfection. When we were not invited to private parties we dined at La Bourgogne or Blue Cheese.

This is a season in which people do not rest, they enjoy the summer and their vacations. Later, in March, there is a mass exodus and the resort falls asleep, sheltering, until the next warm season, the people who live there year ‘round. But the inhabitants of Punta not only enjoy the summer vacations but other seasons of the year, and are accustomed to withstanding the rhythm of the cold, humid and windy winter. 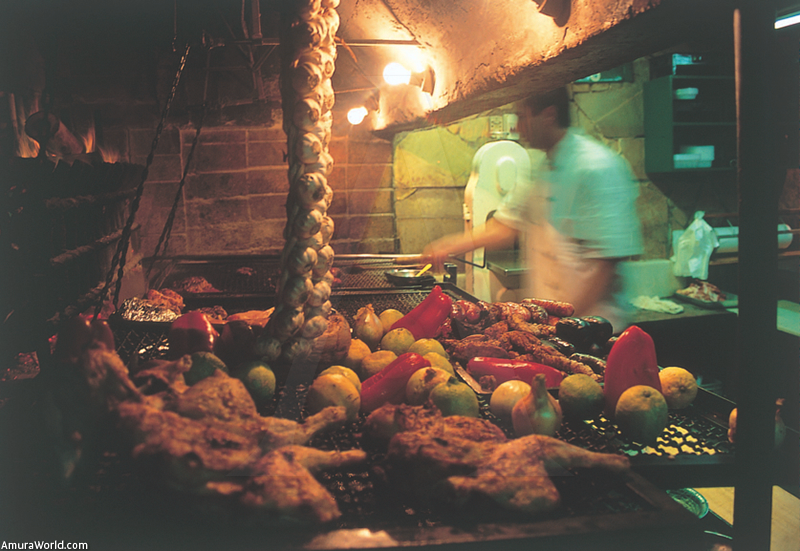 Punta del Este is the star of the Uruguayan Riviera, and it beats with the echoes of the parties and scandals that fill the pages of the gossip columns. It is, however, a marvelous place on a coast that has known how to combine its “People” side with spectacular natural wonders.

Now that we have returned, we realize that it was an ideal spot for us, Amura’s crew, for a dip into the social life and waters of South America. 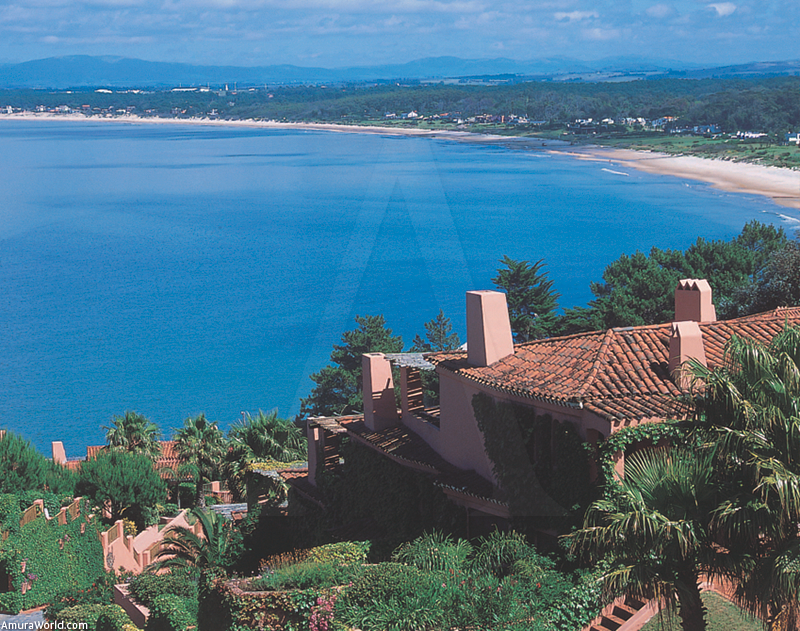