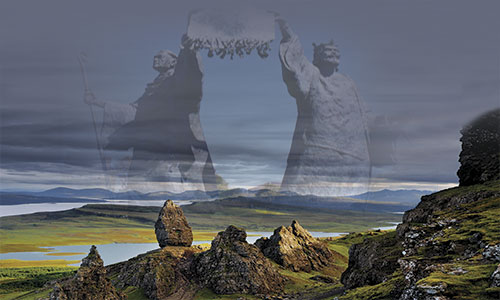 A kingdom of legendary traces.

Like those many ancient legends, the origins of the Scottish are lost in the mists of time. According to the most common legend, a Scythian leader named Gaythelos (Gollam) married Scota, the daughter of the Egyptian pharaoh Symedes. The couple, along with the Scythian clan of her husband, ventured through the Mediterranean and finally arrived to Portugal, where they settled. According to the Scythian traditions, the clan took the name of the wife of their leader as their own, hence the origin of the name Scots. Subsequently, these people would move to Ireland to finally drop anchor in Scotland, a region that would take its name precisely from them, even though in their original language, Gaelic, the name of the new Kingdom was Alba.

However, history is more interesting than the legend. It seems the Scots, indeed, were a people who dwelled somewhere in Spain, although there is nothing to prove the relationship with Egyptians. What is clear is that it’s origin was Scythian and, therefore, they were Celts. So all the legend does is relay to us the migrations of the Celts who ended up occupying much of Europe. They moved to Ireland and eventually founded two Kingdoms, one in Scotland, called Dal Riata, and one in Wales. They shared the territory with the Picts (another people of Scythian origin), while the south of the island was occupied by the Britons. So, Scots and Picts are the earliest known inhabitants of Scotland. 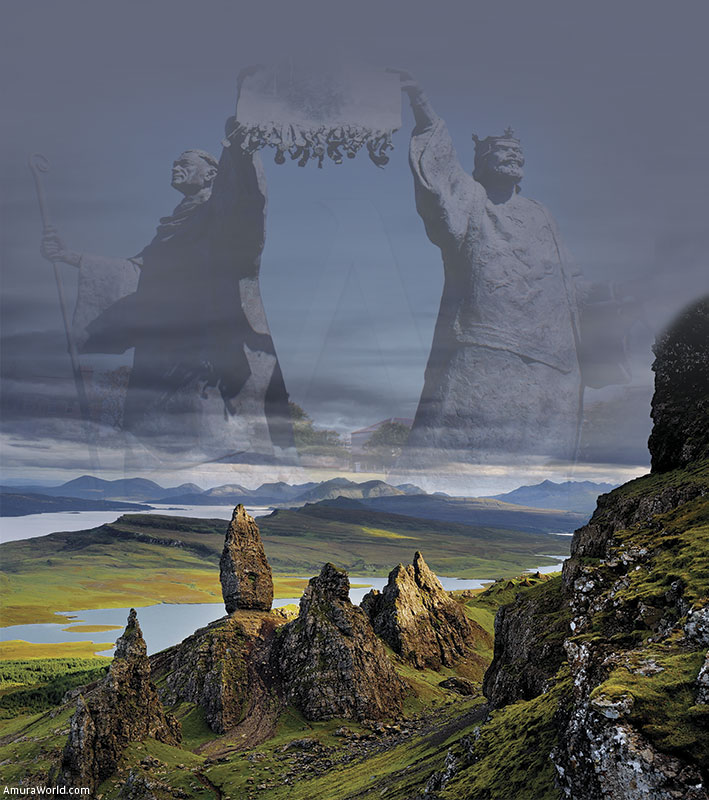 After the Roman conquest of Britain and in order to prevent incursions from the north - called Caledonia by the Romans for the huge number of Caledonian pines that covered it - Romans built the famous Hadrian’s Wall in northern England.

The arrival of the Anglo-Saxons in the Fifth century ended the Scot and Pict rule in the territory. Both nations were fragmented into small clans and fought each other. This is a dark age, full of legends and mythological characters, Kings that tried again and again to unify the Kingdom but failed in the attempt. Finally, in 847 Kenneth MacAlpin achieved the union of the Scottish clans and submitted the last Pict King, Drest IX, thus founding the Kingdom of Scotland and becoming its first King. 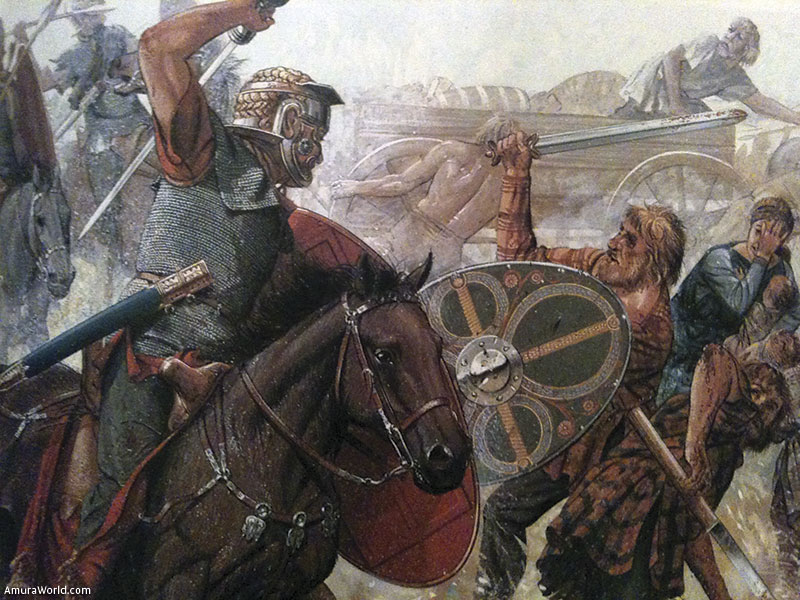 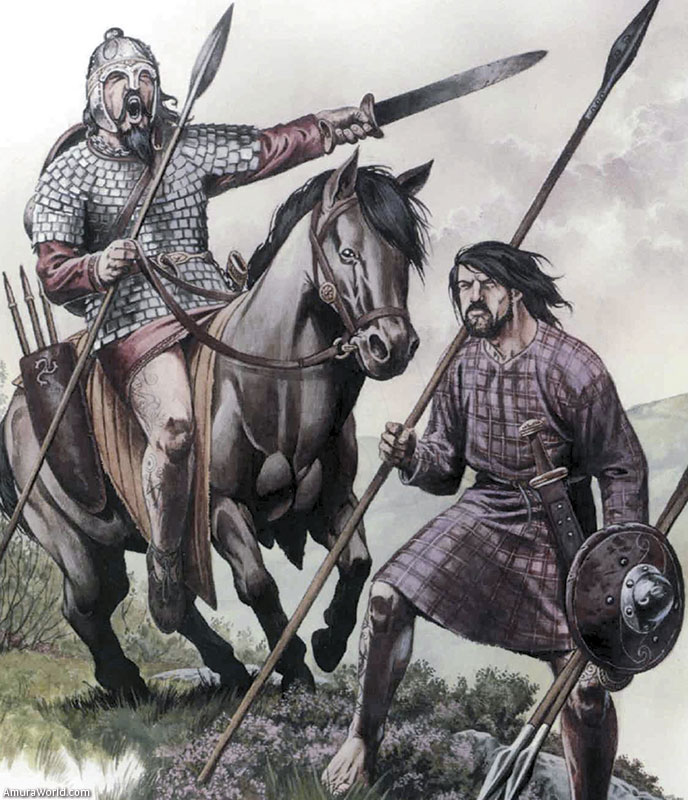 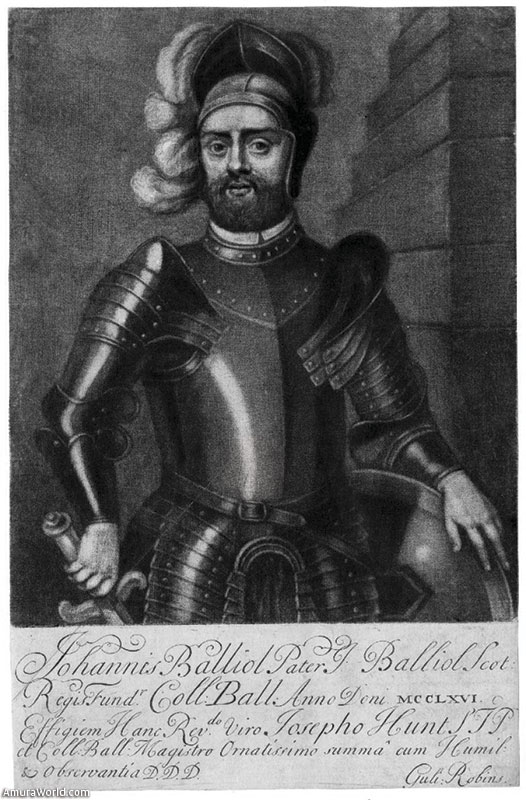 The dynasty founded by Kenneth, the MacAlpin, is thus the first Scottish royal dynasty, and remained on the throne until 1034. The MacAlpins provided Scotland a total of 16 Kings, the last of them Malcolm II. Under their leadership, the Kingdom was consolidated and began to expand gradually toward the south while fighting against the Viking invaders. It would be Malcolm II who moved the border to the Tweed River after conquering the Lothians, allowing access to the region of Northumberland.

However, it will be the Atholl dynasty, founded by Duncan I in 1034, that would take the Kingdom to its current borders, after conquering the Strathclyde region in the twelfth century. Since then, the wars against the English from the south will be constant because they will at all times attempt to conquer Scotland, to achieve the unification of the island. There were 14 Kings from this dynasty. Perhaps the most important is David I, during whose rule, feudalism and privileges of cities, known as boroughs, were introduced.

The death without male issue in 1286 of Alexander III of Scotland will plunge the Kingdom into a period of chaos that will be used by King Edward I of England, who after conquering Wales, once again had his eyes on the northern Kingdom. First he tried to marry one of his sons with the heiress to the Kingdom, Margaret Maid ( the only granddaughter of Alexander III) but once that failed, he stimulated strife between the major Scottish clans and the different pretenders to the throne. He then immediately supported Count John Balliol, who reigned for a few years, after which the Kingdom fell back into chaos, from which it finally emerged with the appointment as King of Robert the Bruce, Earl of Carrick. This is the era of the legendary William Wallace, personified by Mel Gibson in a bad movie, Braveheart, which completely distorts history.

The Bruces ruled in a very difficult time for Scotland. David II, the son and heir of Robert the Bruce, had to flee the Kingdom after the invasion of the British led by their King Edward III. He subsequently lived as a prisoner in England for over 10 years before being able to recover his throne in 1357. When he died without heirs in 1371, the throne went to Robert II Stuart, who was the son of Mary Bruce, sister of David II. 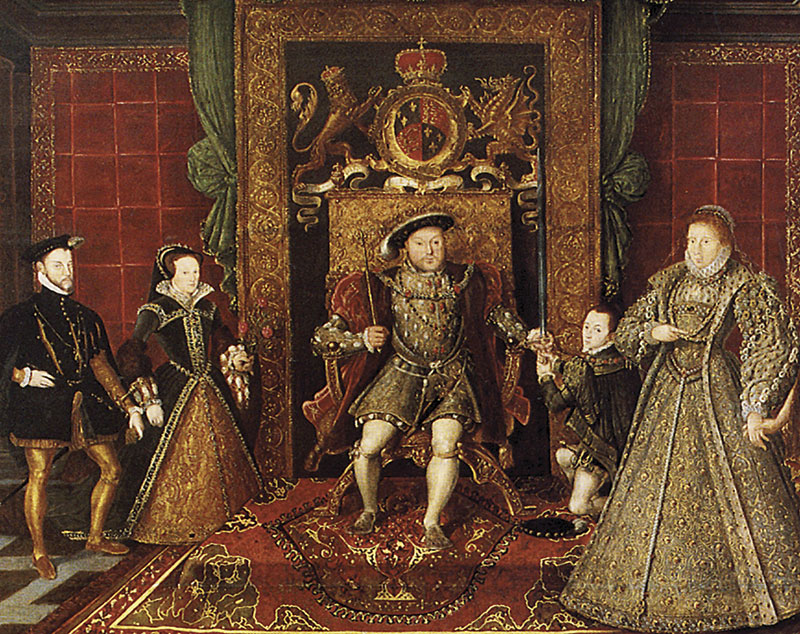 The glory of Scotland

The Stuarts would thus become the last dynasty of Scottish Kings This dynasty had, however, an English origin. In the twelfth century Walter and William FitzAlan supported the Empress Mathilda in her struggle against Stephen I for the throne of England. When she was finally defeated, the FitzAlans took refuge in Scotland under the protection of King David I Atholl, whom gave them land in Renfrewshire and the title of Earls of Steward. Soon they changed their surname to Steward, which then led to Stuart.

The Stuarts staged the most glorious era in Scotland. The first Kings of the dynasty were Robert II (1371-1390), Robert III (1390-1406), James I (1406-1437), James II (1437-1460) and James III (1460-1488). They brought the Kingdom to a time of prosperity, although not without some fighting against the English. However, the conflicts that England had against France in the so-called Hundred Years War (in which Scotland supported France) as well as the civil war between the Lancaster and York houses for the English throne made the border conflicts no more than simple skirmishes. With this, Scotland understood the importance of the alliance with France to confront a common enemy: the British.

The accession in 1485 to the English throne by a new dynasty, the Tudors, marked the beginning of a new conflict between the two Kingdoms; it would end in the early seventeenth century with a completely unexpected ending. The Tudors took advantage of the strife between the two main branches of English royalty, the Lancaster and the York, to gain access to the throne. Actually their right to the throne was very doubtful. King Henry V was married to Princess Catherine of France with the French King’s promise to inherit the throne to him at his death, passing over the rights of the dolphin Charles, the rightful heir to the French throne. But Henry V died soon after marrying, leaving a newborn child as his heir, Henry VI. Catherine left the court and secretly married one of her servants, Owen Tudor, a rundown Welsh nobleman. 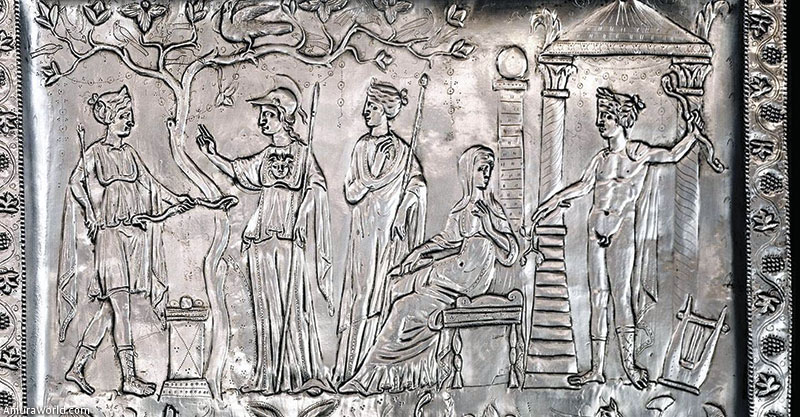 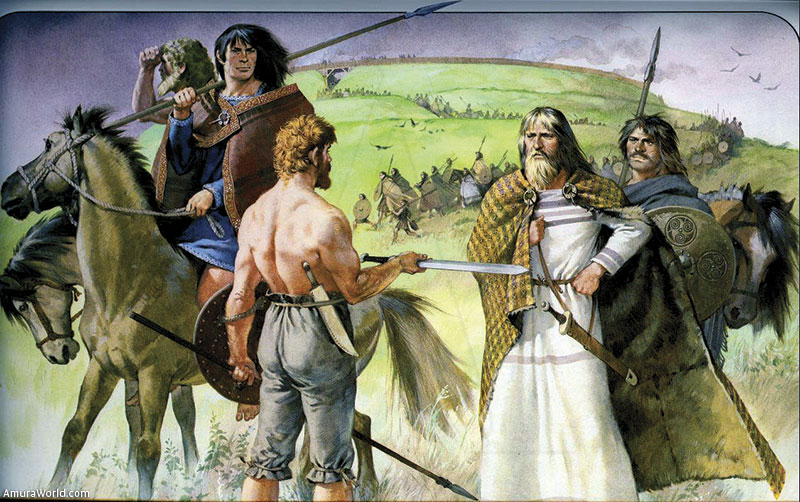 When the Lancaster and York were bled out in their struggles, Henry Tudor, grandson of Owen, married Elizabeth of York, daughter of Edward IV, and after defeating Richard III - his wife’s uncle- took the throne.

At first, the Stuarts and Tudors tried to reach a compromise. To do this, James IV of Scotland married Margaret Tudor, daughter of Henry VII of England. But peace did not last long. At the death of the English King, James IV again sought an alliance with France and renewed the war with England. From there, misfortune gorged on the Stuarts. The King died in the battle of Flodden Field, leaving James V as his heir, a one year old child. The queen mother, the sister of the English King, made peace, but when her son grew up, he resumed hostilities. Morover, after being defeated in the battle of Solway Moss, King James fell ill with cholera and died a few days after the birth of his heiress, the famous Mary Stuart. Once again, the struggle for the regency brought chaos to the country.

The life of this queen deserves a separate study. Suffice to say that she had to abdicate the throne and leave it to her son, James VI, also a year-old child. Years later, she would die beheaded by orders of her aunt the Queen of England. However, in the end the Stuarts gained an unexpected victory. On the death of Elizabeth I, James VI inherited the throne because he was her closest relative, becoming James I of England. The old unifying dream came true and for the first time the entire island had a single King. 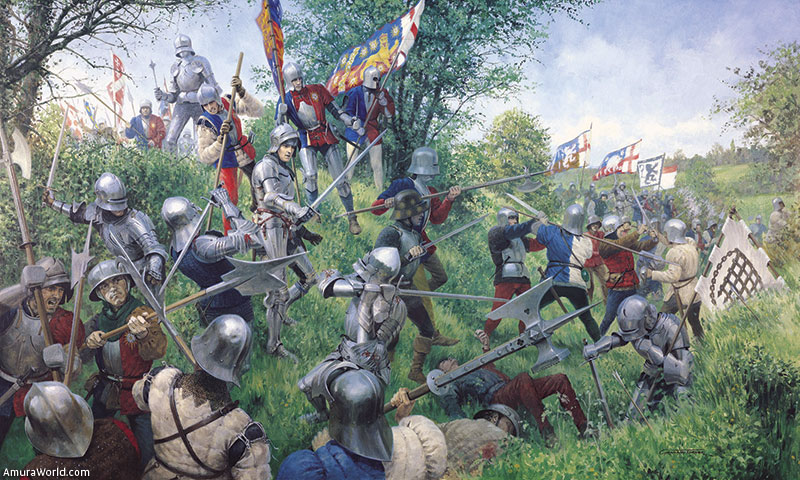