•The Polish people are friendly. And travellers are generally well-received. Handshakes are common. If one is visiting locals to their residences, tradition holds that visitors should bring flowers, preferably in odd numbers. The Catholic religion forms an important part of the daily life of the Polish and it does not take critiques or jokes about it lightly.

•Moving across Poland can be done either by train rails or on highways by way of buses, car rentals or, inside the cities, taxis. The InterCity network of trains features routes that reach all major metropolitan areas, and the service is efficient and affordable. Transit circulates on the right side of the road, and international signals are used to aid motorist. Gas stations are generally open 24 hours a day.

•Although hotel fares are steep, the food in Poland is not. This will give travellers the opportunity to taste and important part of the Polish cuisine which, according to experts, is considered one of the finest of the world. One must consider that the Polish people place a high-regard on food, especially when it comes to the size of meals.

•As well as offering museums, historical sites and other places of interests, Poland also features a vibrant nightlife, mainly in the capital, which is diverse and thus provides many an option for travellers. These can range from fashionable nightclubs to homely pubs. 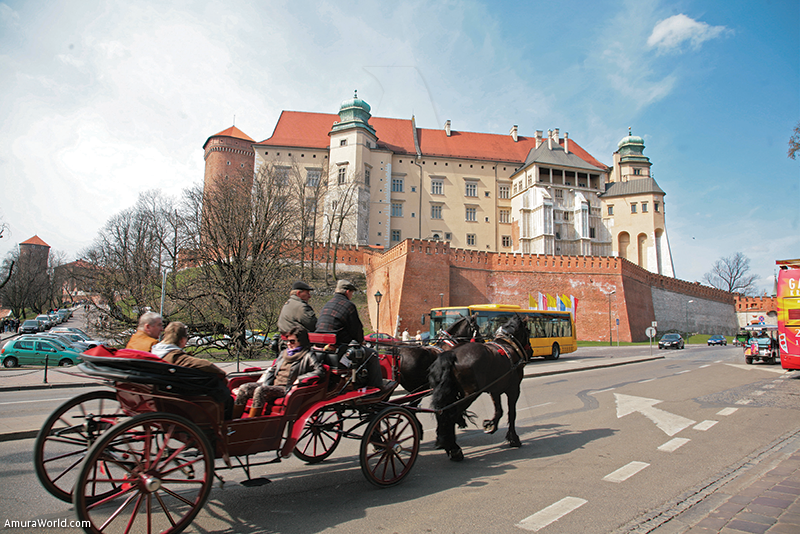 •The Wawel castle is one of the most representative sites in Poland. From the 11th to the 17th century it served as the seat of the Polish Monarchy, yet it now functions as a museum that features decorations from the previous centuries as well as an ample collection of historical objects, as is the “Lost Wawel” exhibition, which revolves around the ruins of the most ancient Polish church.

•In the Old Town, restored after the debacle caused by the Second World War, is found the Market Square, a site ravished by colourful houses, restaurants, in various boutiques and stores, and which is generally packed with tourists that seek to buy souvenirs and other objects of interest.

•Another great cultural attraction of Poland is the Lazienki Park. Inside this ample space one finds the famous Lazienki Palace, or the ‘Palace of Water’, as well as monument to Chopin and the Lazienki Garden, in which one can enjoy classical and jazz concerts on Sunday evenings.

•The Royal Castle at Warsaw is one of the most important historical buildings in Poland. The surprising conservation of much of the interiors, including decorations and art crafts is due to the restoration work undertaken after the Second World War with the purpose of recuperating the bulwark that represents this construction.

•The church of St. Mary is a wondrous work of art and another jewel of Cracovia. One of the main attractions here is the altarpiece of Veit Loss, elaborated by the Germanic sculptor of the same name, which measures 12 metres long and 11 metres high, making it the largest in Europe. 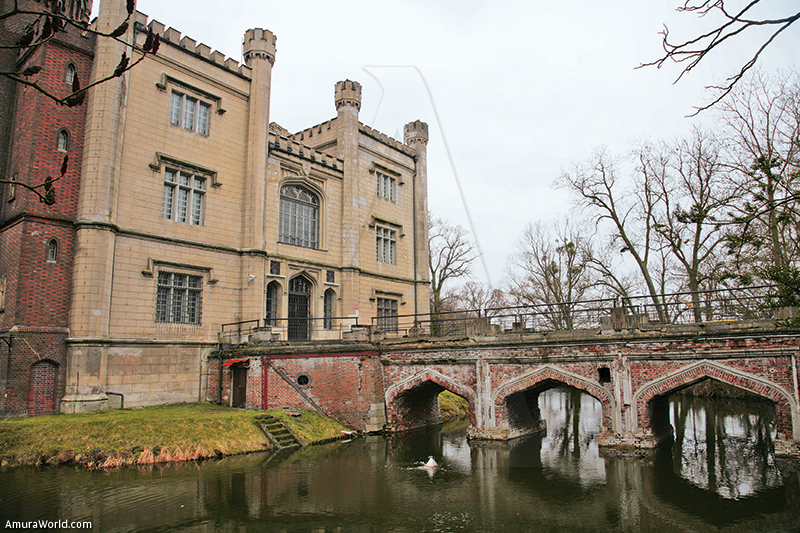