Galicia is positioned as nautical destination thanks to La Rochelle 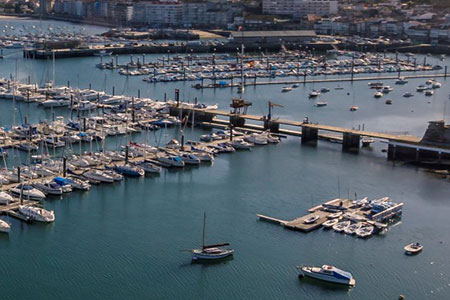 Portos de Galicia organized a meeting in Monte Real Club de Yates to strengthen ties with the port La Rochelle in France and boost transits and sailing between both maritime destinations.

Located in Bayonne in Galicia, the Spanish yacht club has been widely recommended by sailors from various parts of the globe, so that representatives of La Rochelle were interested to know what the facilities of the Monte Real Club de Yates, the which is a major tourist sea gates of Galicia and a large nautical reference in Europe.

In December 2014, Portos de Galicia had promoted the baionés port, along with other costs and navies of Spain, at the Paris Boat Show, an event where more than 31 countries participated and about 1,200 models of ships and / or navigation products.