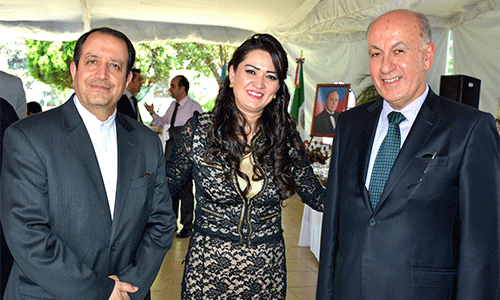 In 1918 Azerbaijan gained its independence as the first democratic republic in the eastern world. At that time, Azerbaijan established universal rights for its citizens, until the Soviet Union appropriating its territory until 1991, when regained his freedom and began his journey as a nation, overcoming several difficulties and situations with other countries such as Armenia.

Today, Azerbaijan is driven by great projects such as the South Caucasus Gas Pipeline and the Baku White City, besides becoming spotlight headquarters for European Games and the F1 Grand Prix of Europe 2016.

"In Latin America our commitment to create new links has been particularly productive and Azerbaijan's growing presence in this region has been exponential in recent years. The first Embassy of Azerbaijan in the region opened in Mexico on 2008, since then we have opened embassies in Argentina, Brazil, Colombia, Uruguay, Cuba, Chile and Peru", explain Mehriban Samadova from the Embassy of Azerbaijan in Mexico, during the commemorating event for the National Day of Azerbaijan.