Spain Presents the First Enotourism Prototype in Querétaro, Developed with the UNWTO 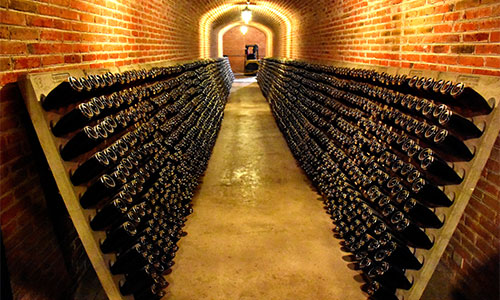 The first enotourism prototype from the United Nations World Tourism Organization (UNWTO) and the Leading Brands of Spain Forum (FMRE) was presented in Queretaro on October 26, 2016. This Spanish project has been in the works since late 2015. The FMRE collaborated with five of its associate wineries in Spain: Barbadillo, González Byass, Grupo Freixenet, Osborne and Pagos del Rey.

The project is based on UNWTO prototype methodology, and seeks to promote tourism based on the food sector, particularly on the discovery of wine and its place of origin, not only as an experience for expert tasters, but as a way to transmit a deeper emotion that merges wine with its history and culture to attract a variety of travellers from around the world. Guests can enjoy wine tasting, trekking, visits to the wineries, horse riding and other activities rich in culture.

They are dedicated to the analysis of the development of enotourism in Spain, and it will enter the commercialization phase soon. It was presented in Queretaro by Pablo López, director of the FMRE, who stated that “Spain is the third wine producer in the world, but only sixth in enotourism reception.” Additionally, Isabel Alonso Piñar, director and counselor in Turespaña, emphasized on the efforts to promote tourism in Spain with projects like “Rutas del Vino de España”. Projects like these consist on offering travellers a new approach to Spanish culture.

The wineries work as a means of introduction to their area or region through authentic and innovative products. Some of these regions are: Galicia, La Rioja, Penedès, Priorat, Ribera del Duelo, Somontano, Toledo and Toro.

Enology has received positive responses, particularly from specialists in the wine and tourism sectors. It is also an example of public-private partnerships between five leading companies in the sector.

Mexico, currently experiencing an annual increase of 20% in wine production, can benefit from enotourism. La Finca Vivé Room Freixenet, the largest Mexico-made wine exporter, was the first winery to open in Mexico.