A Showcase of Surprises and Novelties

The year 2007 has already begun for car makers, who are now busy finalizing preparation to launch a series of daring and avant-garde models that — based on design, technology and performance — will bewitch the hearts of speed and performance enthusiasts.

Below, dear reader, we present three world scoops: the new super-sport Mercedes SLR McLaren 722 Edition; the new Porsche Targa 4; and the new generation BMW X5, that will arrive at authorized Mexican dealers during the first trimester of 2007. 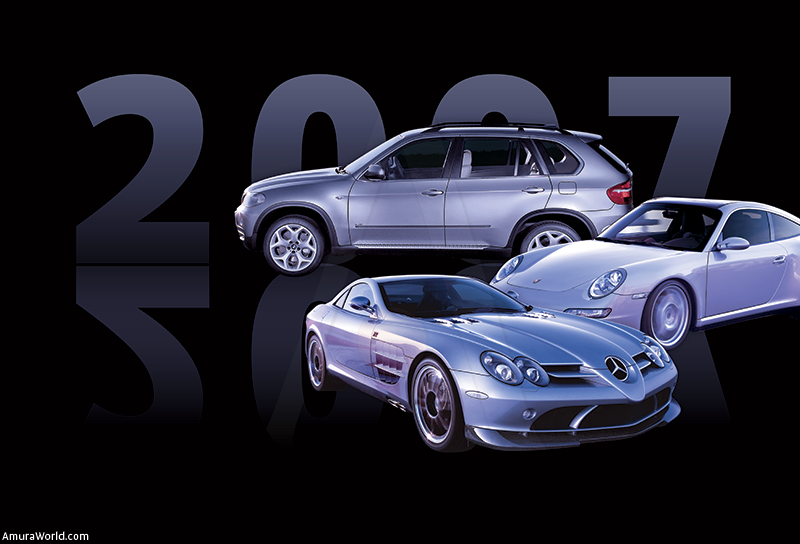 This splendid example — fruit of the alliance between Mercedes and its technology partner McLaren Formula 1 — is a special edition that pays homage to the victory of legendary Mercedes Benz SLR number 722 which, piloted by Briton Stirling Moss and co-piloted by Dennis Jenkinson, won the classic 1955 Mille Miglia race. The nickname 722 Edition derives from the race car’s number 722, thus named for the hour it reached the finish line: 7 hours and 22 minutes, a.m. 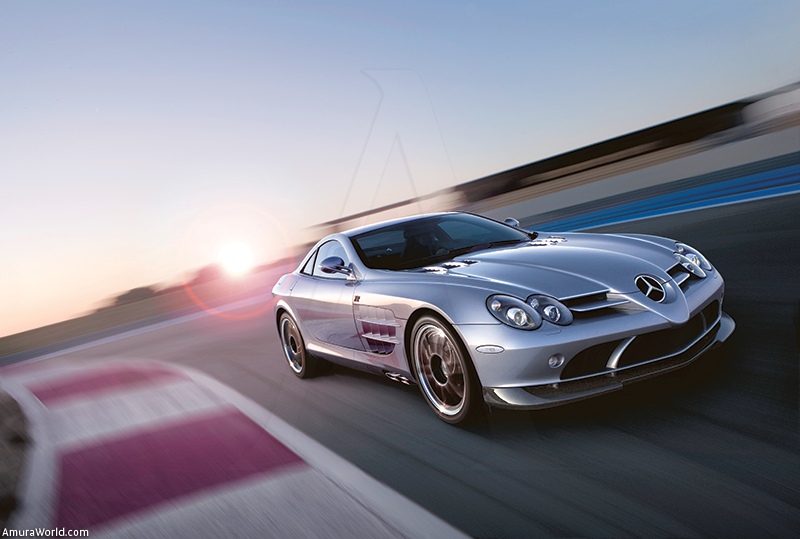 From an esthetic point of view, the new Mercedes SLR McLaren 277 Edition — of which only 150 units will be manufactured — features only minor body modifications; at the same time, it boasts a more aggressive and seductive appearance, as well as superior aerodynamic design.

The power plant that gives it muscle is a super-endowed 5.5 liter overfed V8 — constructed by hand in a German factory in Affalterbach with AMG motors — improved for enhanced power and refinement.

The engine now delivers 650 HP and 605 pounds/foot of torque, figures that endow it with heart-stopping performance. From zero, the car surpasses 100 km/hr in only 3.6 seconds and 200 km/hr in 10.2 seconds, capable of reaching a maximum velocity of 337 km/hr. 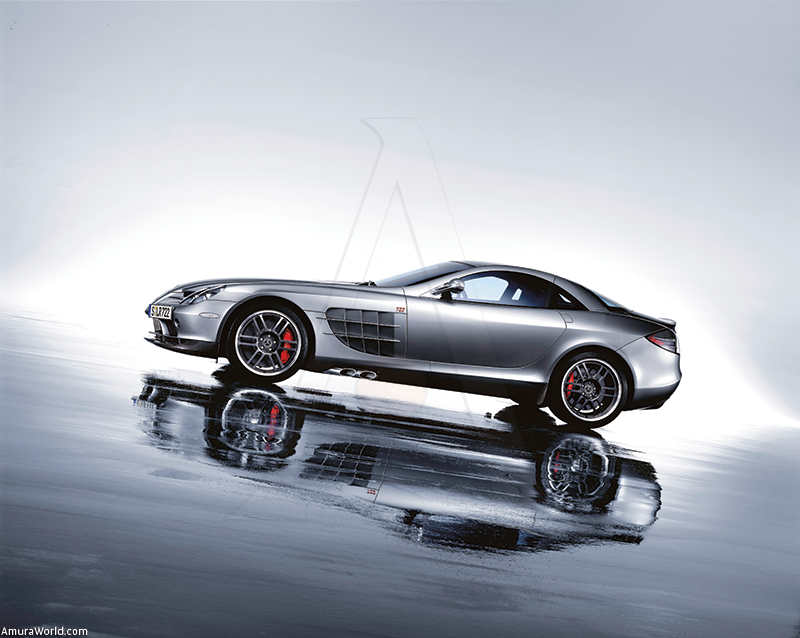 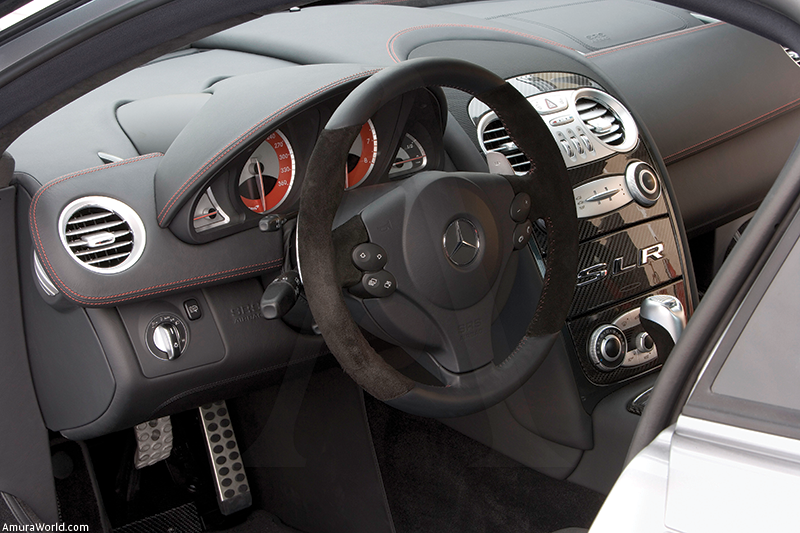 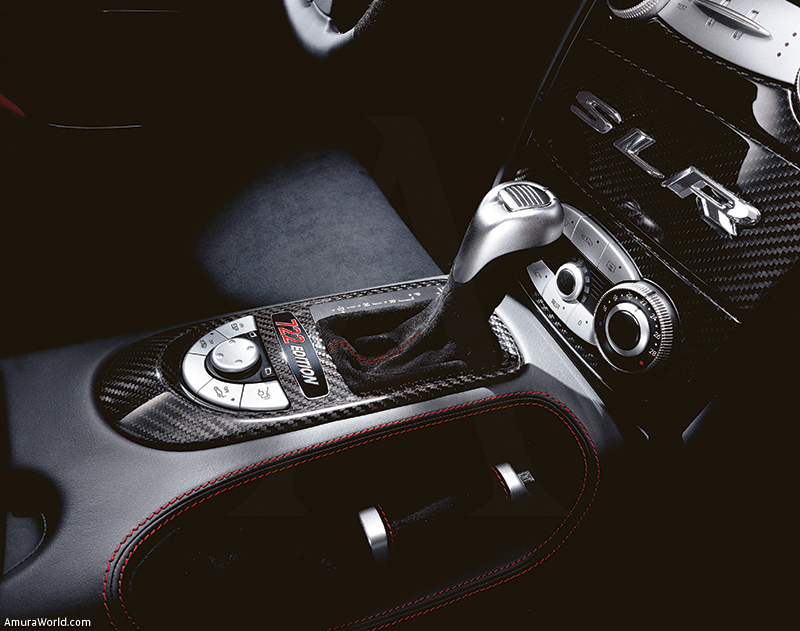 Porsche just initiated commercialization in Mexico of a new member of its 911 GAMA (Series 997) line up.  We refer to the brand new version of Targa: aside from a forceful, elegant style for which the Stuttgart firm is famous, this new model stands out for a great sliding crystal roof which opens up to a half meter in only 7 seconds irrespective of moving speed — as well as an innovative rear folding windshield. 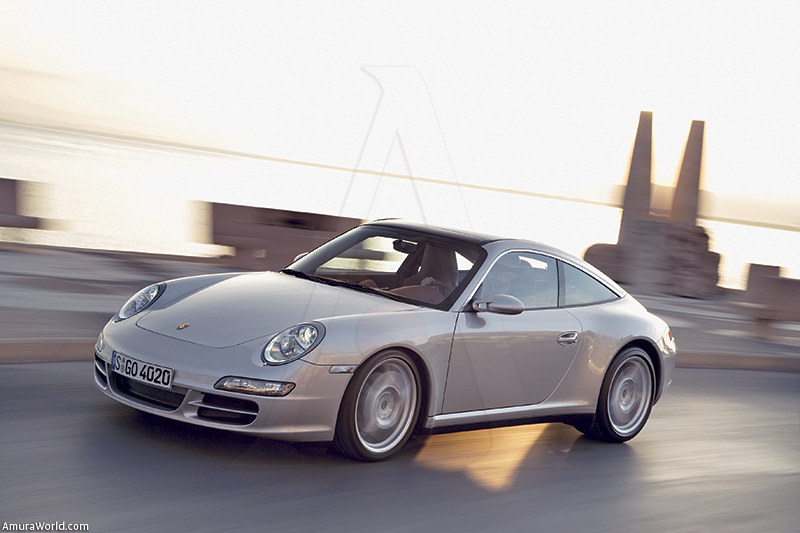 For the first time the Targa models — available in versions Targa 4 and Targa 4S — will be exclusively equipped with a total traction system, as well as a body now 44 mm wider in the rear.  The new Targa 4 features a 3.6 liter, 6 opposing cylinder “boxer” engine with 325 hp potential and 370 nm of torque, enabling it to accelerate from 0 to 100 km/hr in 5.3 seconds and reach a maximum velocity of 280 km/hr.

Both models will be offered in series with a manual 6 speed box — short and precise changes — with an option to select a 5 speed Tiptronic S semi-automatic transmission, thus permitting agile speed shifts by using a mounted cushion on the edge of the steering wheel. 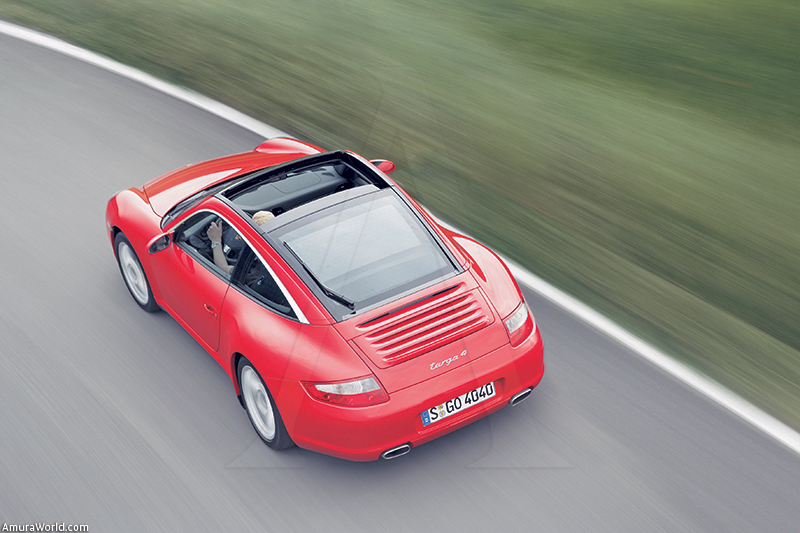 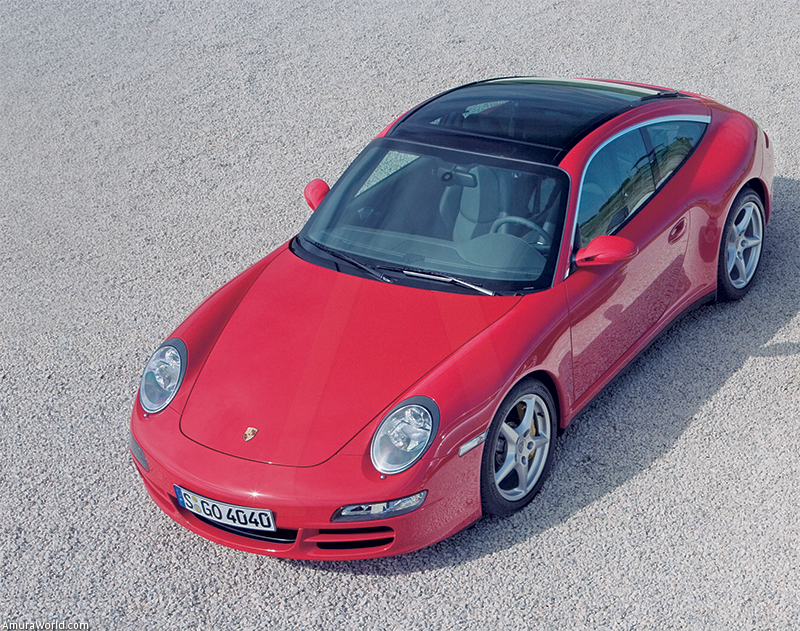 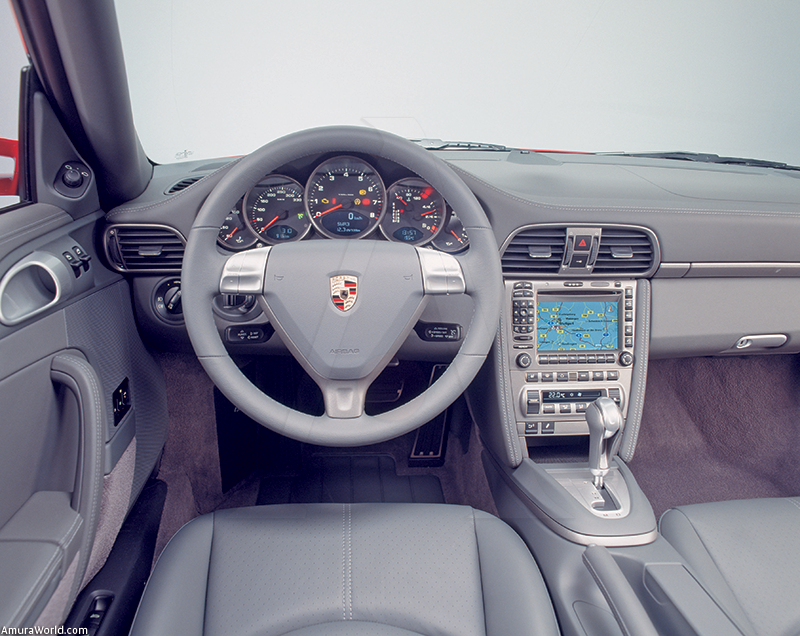 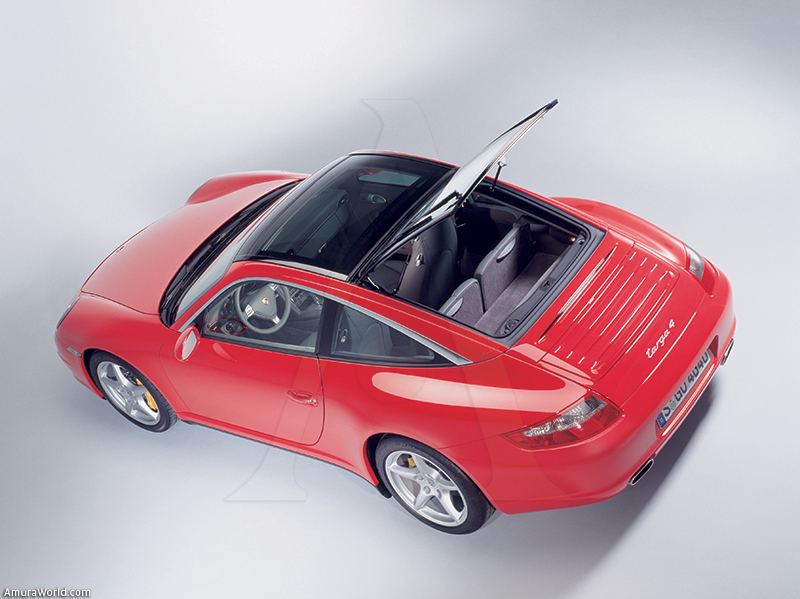 BMW’s second generation X5 has been completely renovated.  Not only is it bigger, more luxurious and better equipped, it now also features more powerful engines and new technology that endow it with greater top-speed dynamism and driving pleasure. 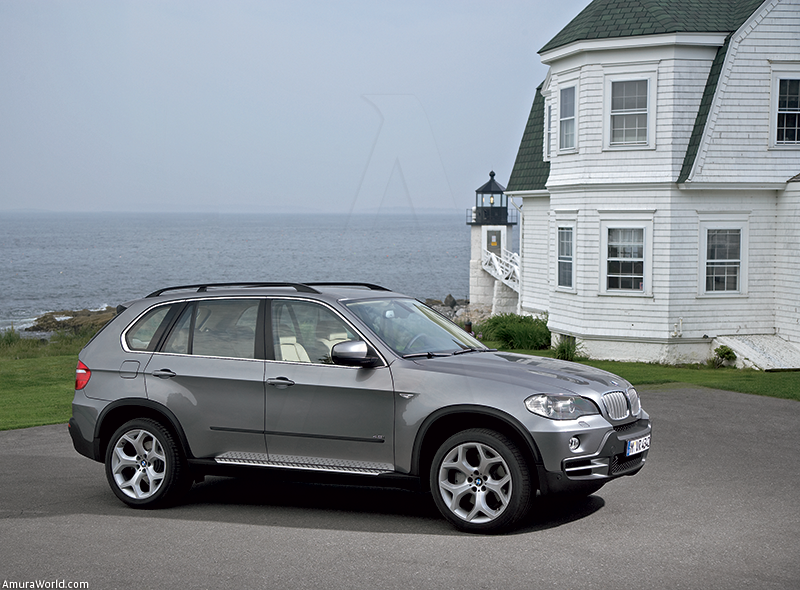 For starters, this new all-terrain luxury vehicle — which will be on sale in Mexico in Jan.-Feb. 2007 — is bigger than the current model.  It measures 4.85 meters (187 mm longer than its predecessor); 1.93 meters wide (61 mm wider) and 1.77 meters high (54 mm higher).  These numbers provide more room and functionality for both passengers and storage — 620 liters bigger than before.  In addition, a third row of individual seats is available to carry up to 7 passengers.

The 2007 BMW X5 stands out for its more dynamic handling, agility and top-speed comfort, thanks to a more rigid and aerodynamic body and chassis, renovated independent 4 wheel suspension, and the addition of Servotronic active steering, which allows the vehicle to recover its trajectory in difficult turning situations.  It also features more powerful and efficient engines.

The versions available in our country will be the BMW X5 3.0si featuring an inline, 3.0 liter 6 cylinder engine with 272 hp and 315 nm of torque; as well as the new BMW X5 4.7i which integrates a 4.8 liter, 355 hp V8 engine.  Both power houses will be sold attached to a new 6 speed automatic transmission that, according to the company, offers greater speed, precision and efficiency. 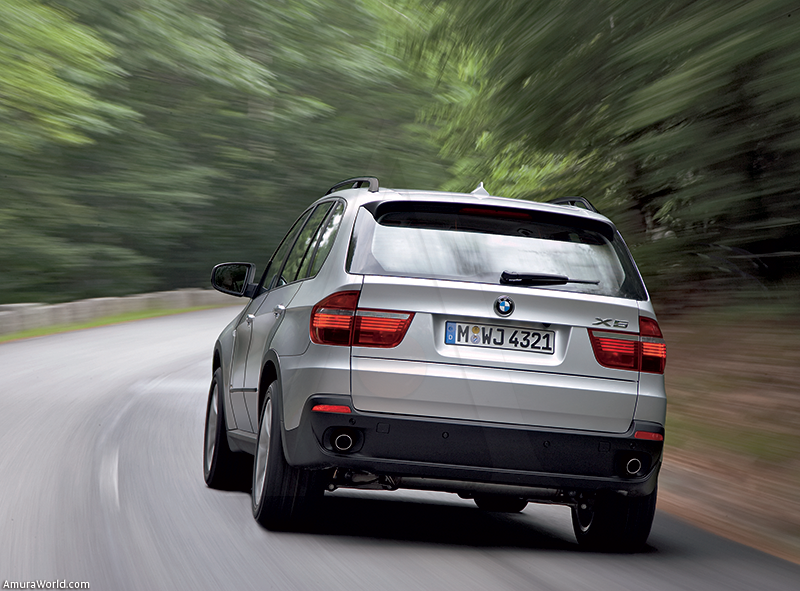 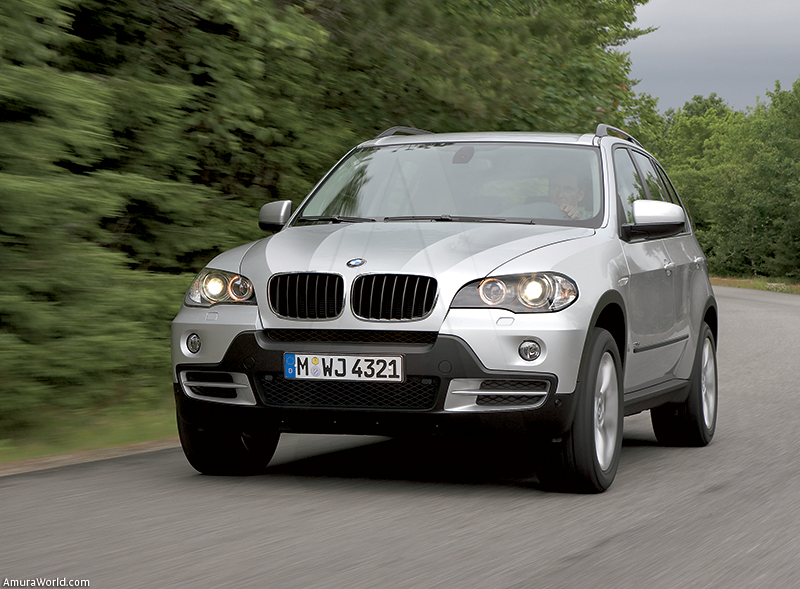 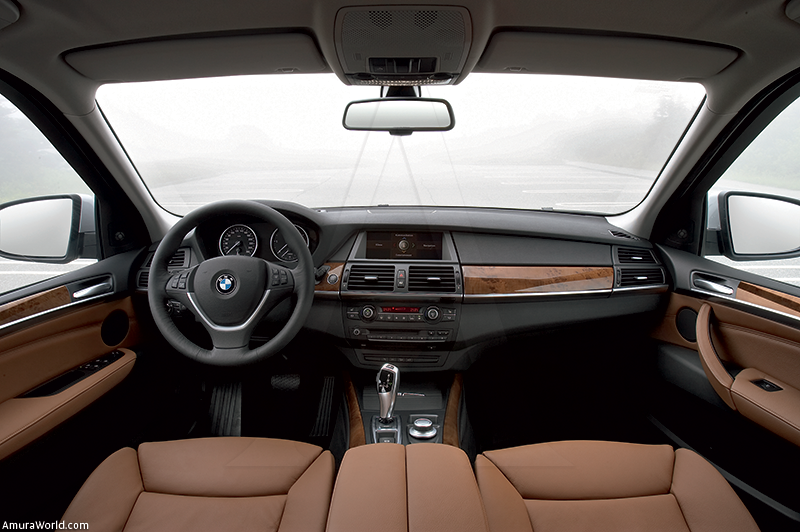 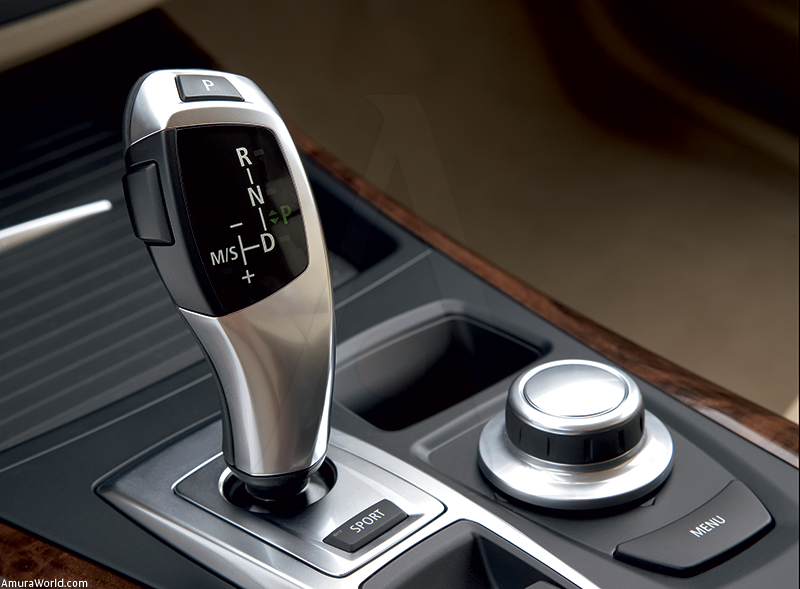