For DeWitt, the Tourbillon Force Constante represents a dream that eventually became an achievement, and that took years of work to make it happen. This fine time piece was aimed to address one of the oldest issues in the art of watch making: the constant transmission of energy to the mechanism.

With the Tourbillon Force Constante, DeWitt mana ged to create an additional device which can transmit identical energy pulses every ten seconds to the tourbillon, regardless of the strain of the barrel. Thus, three additional wheels are incorporated to the traditional system of the watch: a small middle wheel drive and two transmission wheels, between the driving force (barrel) and the regulator (tourbillon). 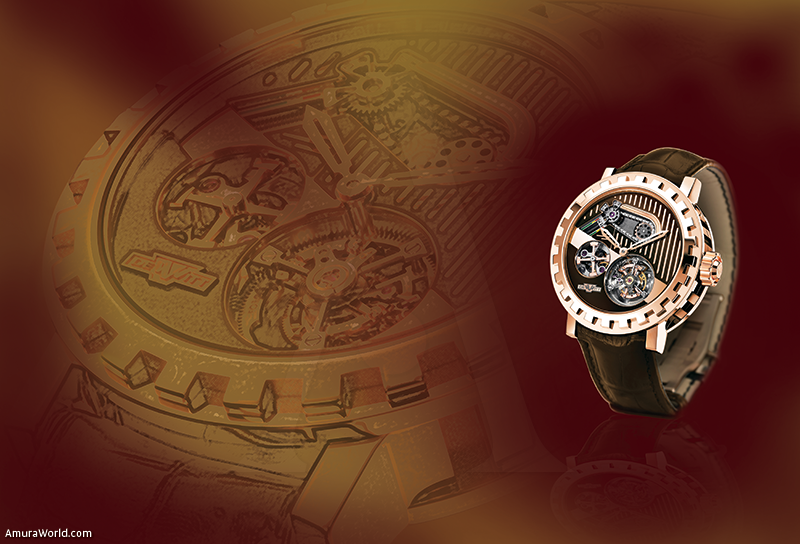 The aesthetics of the watch can only be equated with the technical prowess of its mechanism, and its case is made with 18 carat gold, that displays brief openings that give us glimpses at the complexity of the 192 pieces that make up the machinery of this timepiece.