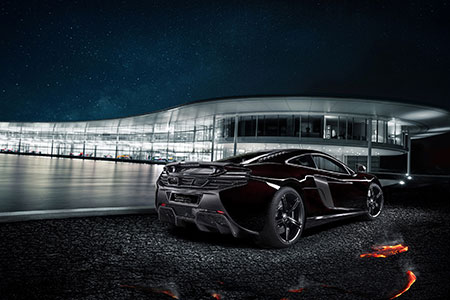 In 1995 at the 24 Hours of Le Mans, five McLaren F1 cars crossed the finish line; in an historic achievement, four of them were placed in the first places: the 1st, 3rd, 4th and 5th. To celebrate 20 years of this epic race, McLaren Special Operations has launched a special edition, it is the McLaren 650S Le Mans, the design and style are inspired by the car that won the first place, the McLaren F1 GTR.

The edition is limited just to 50 models and as one of its most iconic features is the roof-mounted snorkel air intake and coupé bodywork. In the design has also collaborated Peter Stevens, designer of the McLaren F1. The engine, a 3.8-liter V8 and 650 hp, accelerates from 0 to 62 mph in three seconds and can reach 207 mph a top speed.