The new era of smart watches 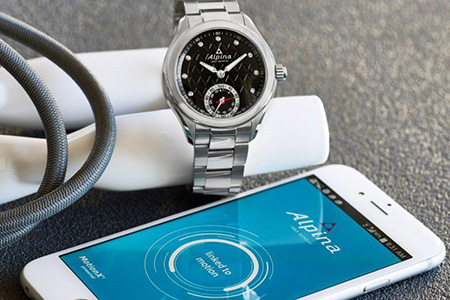 A few days after the Swiss watchmaker Swatch announced it would launch a smartwatch to compete with Apple Watch, the company Manufacture Modules Technologies (MMT), also from Switzerland, has launched a line of smart watches made in Switzerland.

MMT is a joint venture company of technology to dress Fullpower, of Silicon Valley, and Union Horlogère Holding, owner of the manufacturing firms Swiss watches Frederique Constant and Alpina. MMT launch 10 different models within the series called Swiss Horological Smartwatches. They will be divided between the marks Frédérique Constant and Alpina and understand male and female models.

The clocks will go on sale in June and prices will start from the $ 995. A model silver plated Frédéric Constant, meanwhile, will cost $ 1,295.