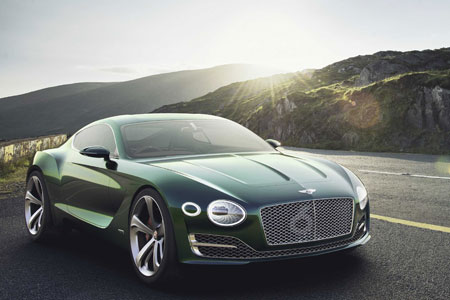 The EXP 10 Speed 6 Concept, which noted for its huge grid and the four round headlights, as well as its green bodywork and its long hood, could become a production model, along with the Continental GT.

Inside, the Bentley racing car has two sport seats separated by a center console that has the driving controls and a touchscreen of 12 inches.