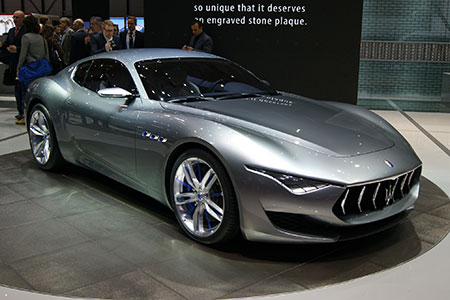 The concept was developed to celebrate the centenary of the brand was designed in the Style Centre in Turin, designed by Lorenzo Rammaciotti center chief and directed by Marco Tencone.

Due to the good response that got the project from the first time they showed the public, their production was confirmed by 2017, which will continue its cabriolet version.

The awards "Car Desing of the Year" have a completely independent, with a panel of judges made up of different types of professionals, from designers to car manufacturers.