AWWA-QG Progress Eagle, the airplane of the future 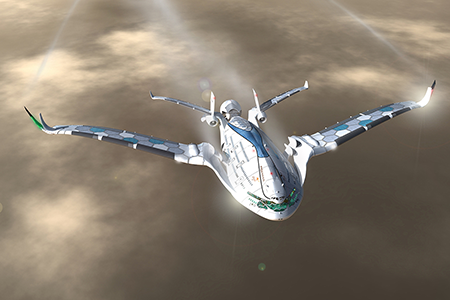 The designer Oscar Viñals has revealed the ‘AWWA-QG Progress Eagle', a prototype of an airplane of three floors, zero carbon emissions and a new class ‘pilot' that offers luxury and panoramic views during the flight.

Instead of relying on traditional fossil fuels, 'AWWA-QG Progress Eagle' is based on six hydrogen engines. The prototype would be fitted with a rear engine that also function as a wind turbine and solar panels on the roof and wings.

The plane of the Spanish designer, has a capacity for 800 passengers distributed in three floors and the possibility of flying with fully renewable energies.

"The best of 'Progress Eagle' would be its ability to generate its own energy", says Viñals, who believes that the plane could fly in 2030.