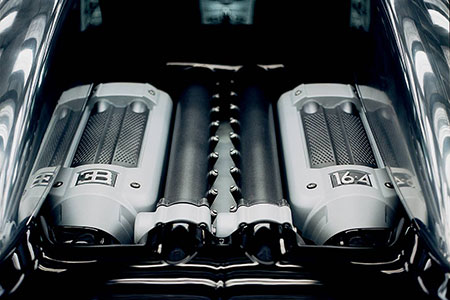 The Chiron, which was being prepared for a debut at the Geneva motor show in March 2016, will cost €2.2 million at launch for a base-spec model, according to our sources - that's a wallet-wilting £650,000 more than the Veyron. And a string of roadsters and special editions in the pipeline will only send that number spiralling upwards. This is a hypercar like no other, carrying on where the Veyron 16.4 left off and trampling all over the Top Trumps stats of cars such as the LaFerrari, McLaren P1 and Porsche 918.

Not in driver enjoyment and pure-bred thrills. The new Bug will have 16 cylinders arranged again in W formation (a 14-cylinder engine was contemplated, our sources report), with power set to top 1500 metric horsepower for performance figures to shame most F1 cars.

But will the Chiron actually be launched? Could it be mothballed, suspended or - worse still - axed altogether? It may seem unlikely, as Bugatti has surely undertaken and paid for most of the development work.