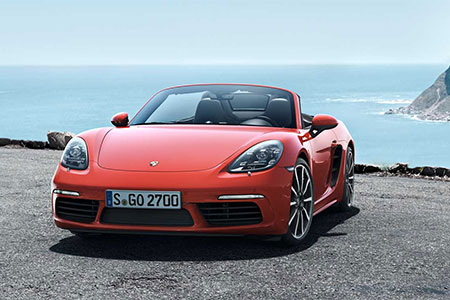 The Porsche Boxster model has been created twenty years ago, and now the core engine has been restructured to offer a new generation than evolves the boxer engine, enhancing the acceleration through a more efficient fuel consumption.

718 Boxster and 718 Boxster S models are preserving the four-cylinder through a new boxer engine with turbo. We must emphasize that there´s almost fifty years ago that Porsche don’t have a four-cylinder boxer engine in a sport car. With 35 more horsepower, the new roadster with mid-engine and four cylinders also generates 13% less fuel consumption.

The amazing acceleration of both models of this new Boxster generation is staggering through the pipe and the propellers, as well as the variable geometric turbocharger turbine (tha is a Porsche exclusive innovation in gasoline vehicles) for version S.