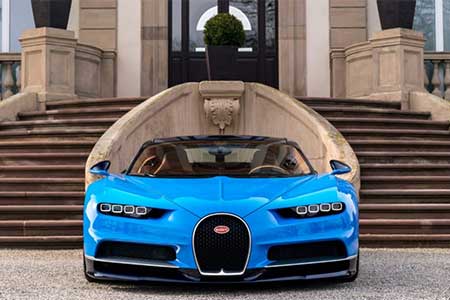 The French supercars brand Bugatti has launched the new Bugatti Chiron on the Geneva Motor Show, a car considered by the brand as “the most powerful, luxurious and exclusive of the world”.

Wolfgang Dürheimer, president of Bugatti has stated that "Chiron is the supercar par excellence: modern, fast, agile and powerful. With a very careful design and the highest levels of comfort. This is not offered by any other firm in the market".

It is expected that production of the new Bugatti car, whose exterior design is inspired by the legendary Bugatti Type 57SC Atlantic, is limited to only 500 units.