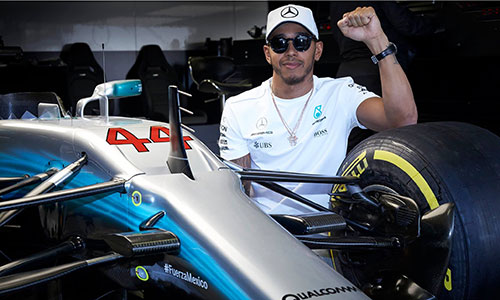 Motorsport stars Lewis Hamilton and Valtteri Bottas, from the Mercedes team, will display #FuerzaMexico in their cars at the Mexican Grand Prix, catalogued for the second time as the event of the year by the International Automobile Federation (FIA). The event starts today and ends on Sunday, October 29, 2017 at Autódromo Hermanos Rodríguez in the Mexican capital.

This gesture adds to the demonstration of affection and admiration to the solidary Mexican people that the teams and drivers of the Japanese Grand Prix recently showed. Formula 1 will not only be special for championships results, but also because Mercedes-Benz and Mexico are more united than ever. #FuerzaMéxico