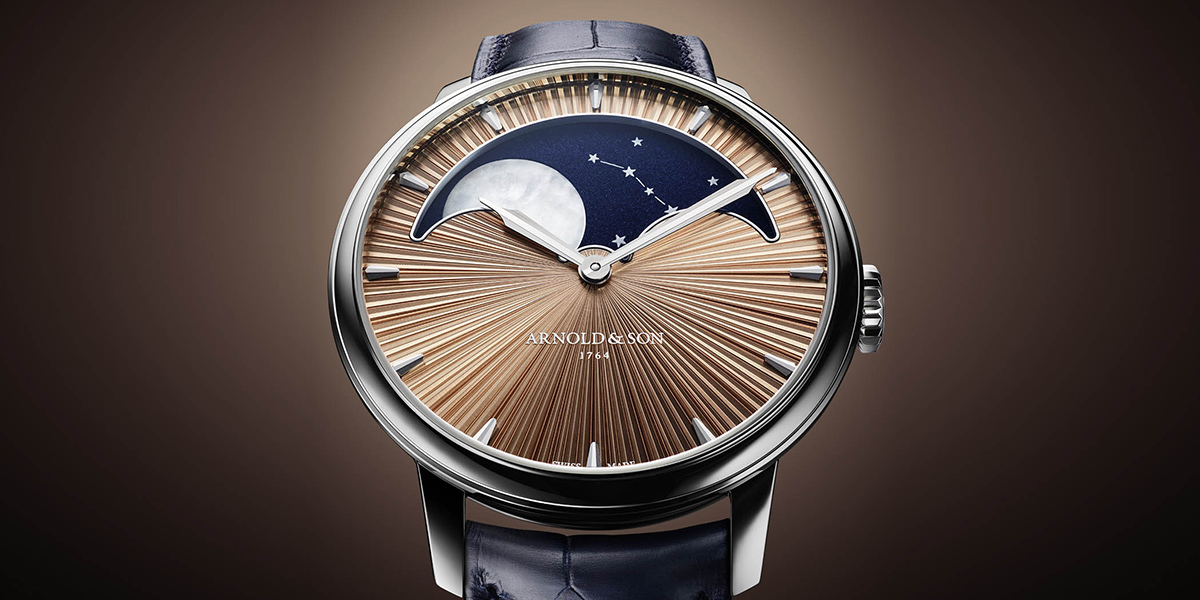 The astronomical phases of the moon reveal the creativity and aesthetic sense of Arnold & Son with two new editions of Perpetual Moon that highlight their cases, dials and finishes.

While Perpetual Moon 41.5 Red Gold joins the collection permanently, the Platinum version is launched in a limited series of 28 units.

The 18K red gold or 950 platinum cases of the original model have a new design. The lugs are simplified from their initial curved shape to a more pronounced one, with more oblique bars and beveled ends. The case, now 41.5 mm, reduces the width of the crystal so that attention is focused on the dial, its finishes and its huge moon.

The dials of the new models have a unique finish called Stellar Rays, whose aesthetics is achieved with an irregular engraving. Different depths and widths of rays create their own rhythm, resulting in a play of light and depth.

The large, realistic moon, with hand-painted shadows, has a luminescent material that is especially intense in the dark, but invisible in the daytime, when it gives way to the white mother-of-pearl disc. It rests on a grainy sky and is surrounded by the constellations Ursa Major and Cassiopeia, also hand-painted.