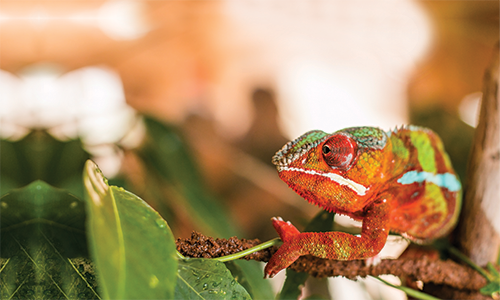 The Furcifer pardalis or panther chameleon is native of Madagascar, and can be found along the north and east coasts, and in the nearby isles like Mauricio and Reunion. There are different varieties, each one with its own colors and features, named after the place it inhabits.

It is one of the largest chameleon species, males may measure up to 50 cm while females 30 to 35 cm. Their life expectancy is just of four years although in captivity they might reach five or six. They are very still and docile animals, which makes them relatively easy to keep as pets, provided that the right temperature, humidity levels and space be maintained. 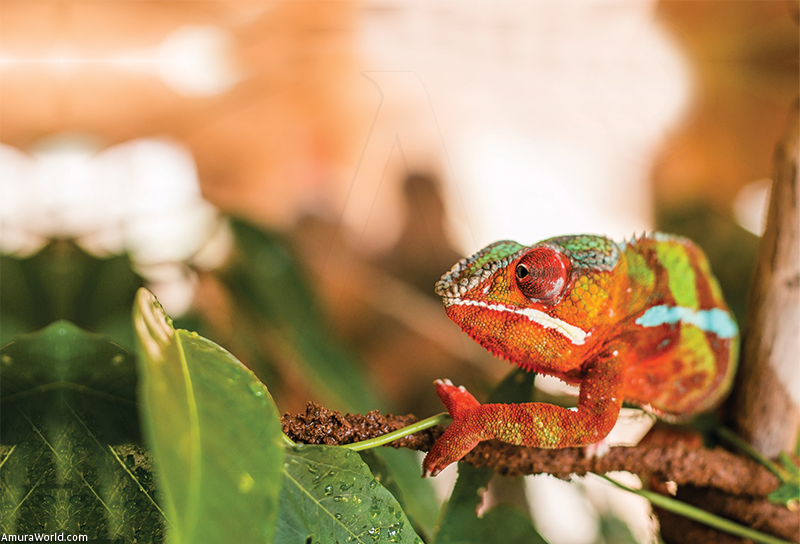 Either eye of the chameleon moves independently, that is, each can look at two different sides. This allows chameleons to be alert to nearby predators or while they are feeding. When it hunts, both eyes focus on the prey at the moment of hurling the tongue and sticking it into its mouth. These animals lack inner and middle ear, which means that their auditory system is very elementary; the same as many other reptiles, they shed their skin after certain periods of time for regeneration.

Every species of chameleon has different hues, varying according to the zones they inhabit. When just born, most chameleons are gray and acquire their colors when they grow up. The flashiest and perhaps best known are the turquoise blue and green ones found in Nosy Be. However, it is possible to find species with white and red hues in Tamatave or deep pink in Ankaramy, while in the Diego Suarez and Ambilombe zones, bright green, and red and orange specimens are produced.

Males show much more flamboyant coloring than females, and are able to shift hues in one or two minutes. Many times those changes are due to camouflaging necessities; however, they also work as communication means. In mating season males lure females by acquiring more vivid coloring, while the females shift shades in order to make them know whether they are disposable or not for mating.

Chameleons are territorial animals; two males cannot live together in the same space, especially during mating season. A change of color also would work to make another male aware of his being in alien territory. 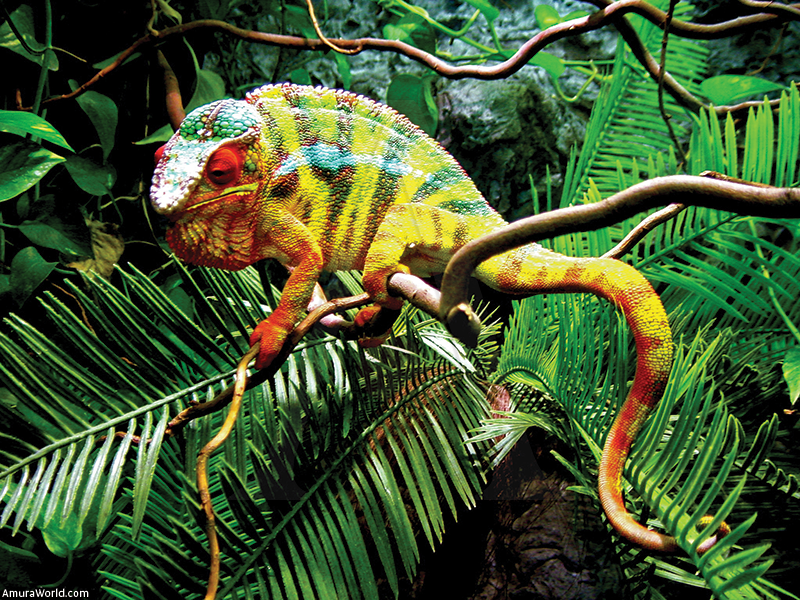 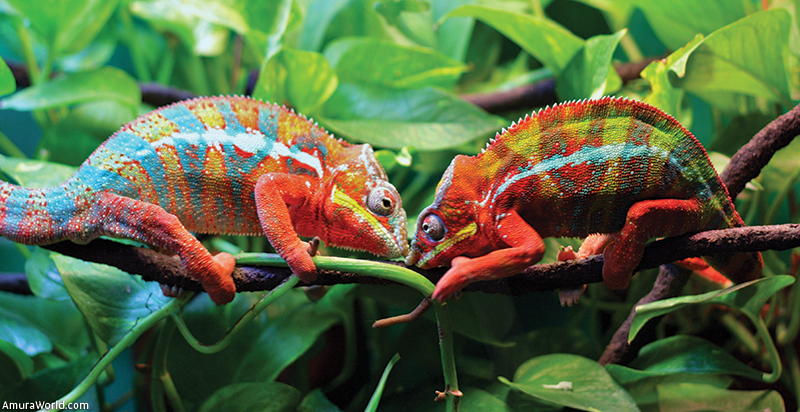 The secret of color changes

Recent research studies have revealed that chameleons’ outer skin layers are formed by a lattice of nano-crystals; the hue shift is due to an adjustment to such lattice. The cells mirror the light and also work as thermal protection.

According to Jérémie Teyssier and Suzanne Saenko, researchers from the University of Geneva, Switzerland, when the chameleon is still, the lattice becomes a dense network reflecting blue optical waves. When it gets disturbed, though, it loosens the lattice and it changes to yellow or red hues.

Contrary to popular belief, the chameleon does not acquire the color of its surrounding environ, but it is a pattern determined by its own genetics. 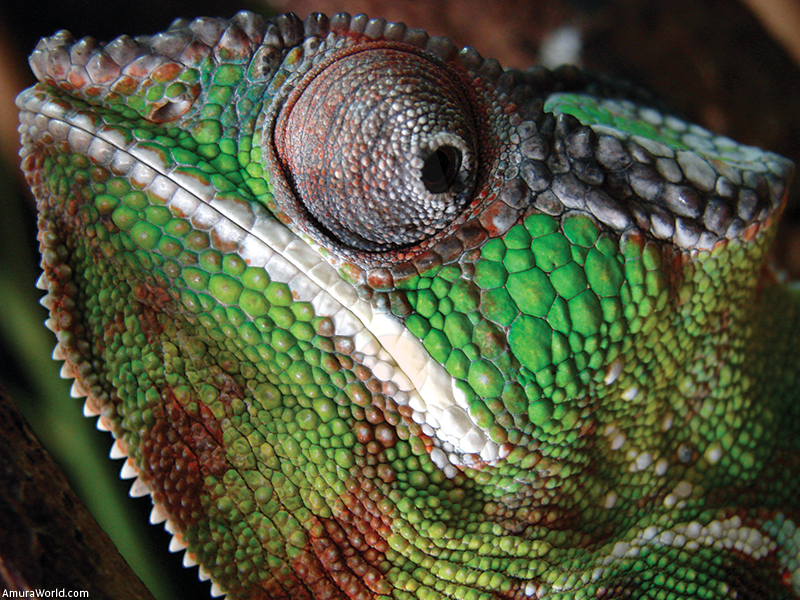 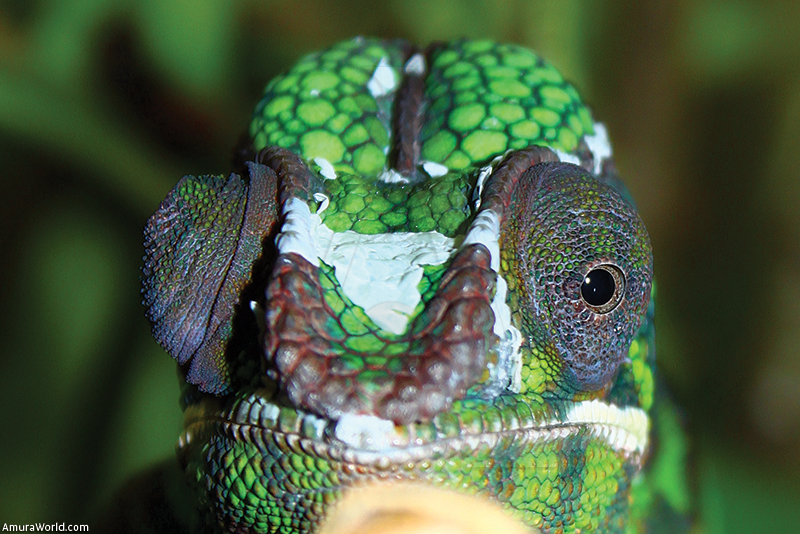 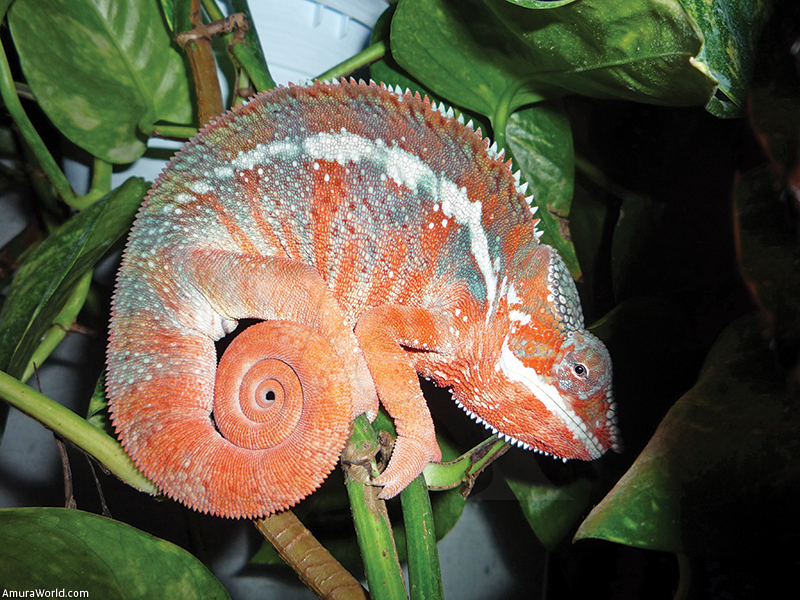 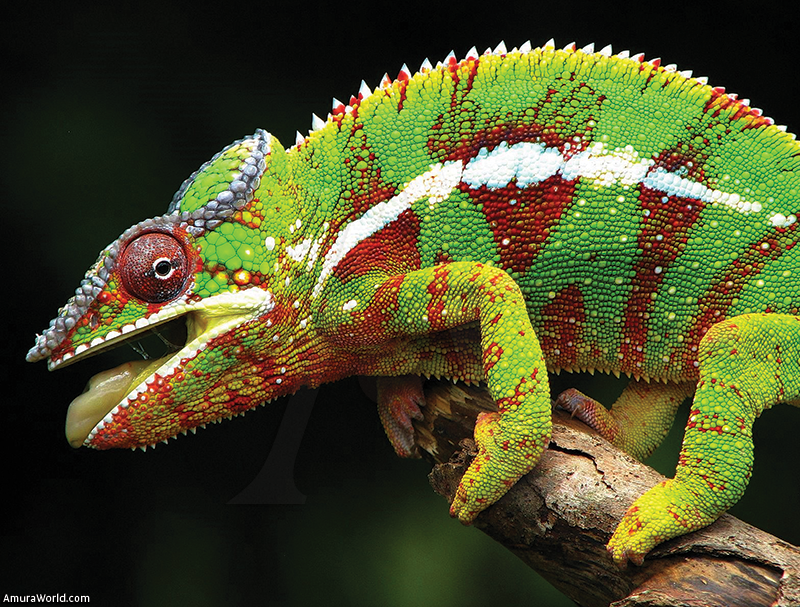 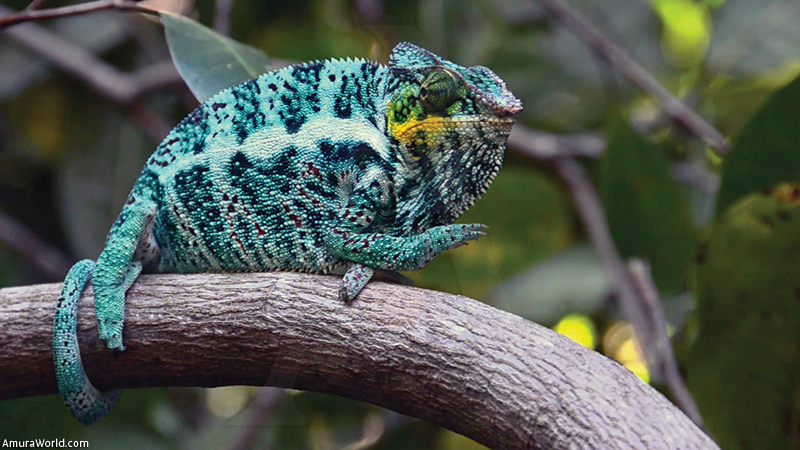