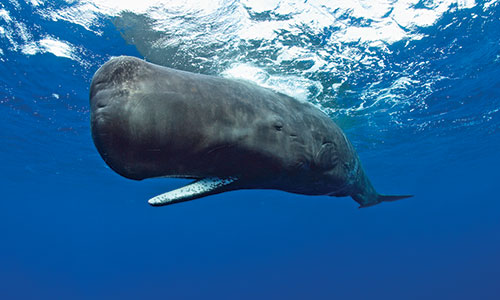 For many years the sperm whale was part of the seaman’s folklore and legends. Two of these tales, the first one about a whale hunter from Nantucket, Massachusetts that was attacked by one of these whales on 1820 and the second one about an albino sperm whale that prowled around the Mocha island in Chile, would inspire one of the most recognized novels of the XIX century, Moby Dick from Herman Melville.

The sperm whales are the biggest species of the toothed whales. It can be found all over the oceans of the planet, nonetheless only the males that have reached a mature age can be seen more frequently around cold zones. These species can deep dive into great depths, the records held of greatest depth in a dive are for approximately 1,000 m, although it is believed they can reach up to 3,000 m under the sea level. 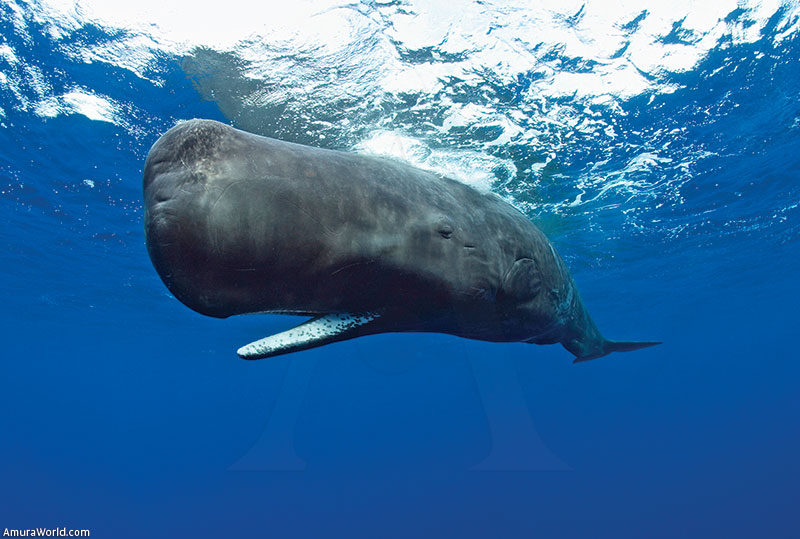 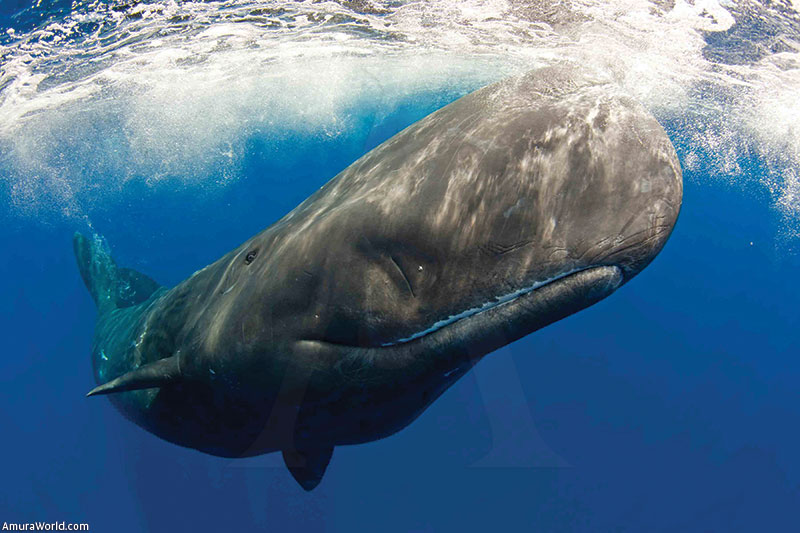 It is one of the biggest cetaceans is present in all the seas of the world usually it reproduces between the costs of Algeria and Italy. Nonetheless on recent years their sightings have become scarcer due to the impact of the adrift fishnets located in Italy, where they get easily caught.

The sperm whale is one of the most extensive in the oceans and latitudes worldwide distribution, surpassed only by the orca. Recently, in the Caribbean Sea known for more than 180 sightings of this species which also pleasing polar waters margins.

The females and the calves usually travel in groups; the younger whales do not stray far from the mother until they have enough age to survive on their own. The males join these groups only on mating season and may mate with more than one of the females.

The gestation period of the sperm whale ranges between 14 to 16 months. At birth, the calf measures somewhere between 3.5 to 4.5 m. The calves are fed by their mother for a period of time that can vary from two to three years, drinking close to 50 liters of milk per day.

The size of the sperm whale is diverse since the males can measure up to 18 m, while females only reach 12 m. They have the biggest brain of all know creatures to have ever populated the earth; their head, quadrangular in shape, represents one fourth to one third of their length. The maximum weight ever recorded for these species is of 57 tons. Sexually, the males reach maturity at their 10th year, but they are not able to compete with the greater males until they reach 20 years old; meanwhile the females reach their sexual maturity when they become eight years old. 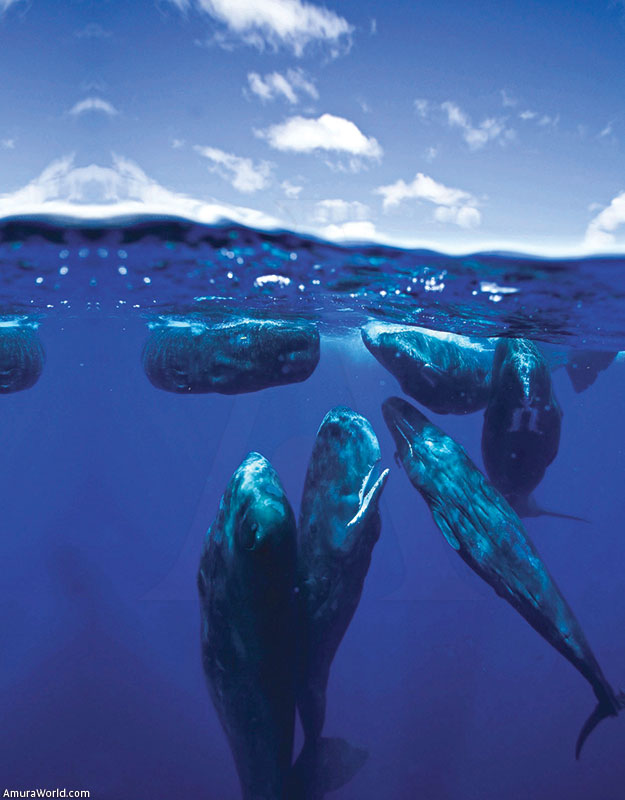 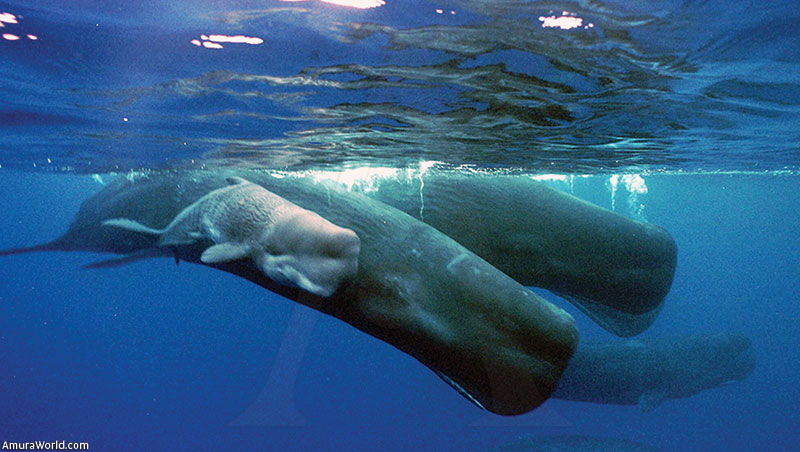 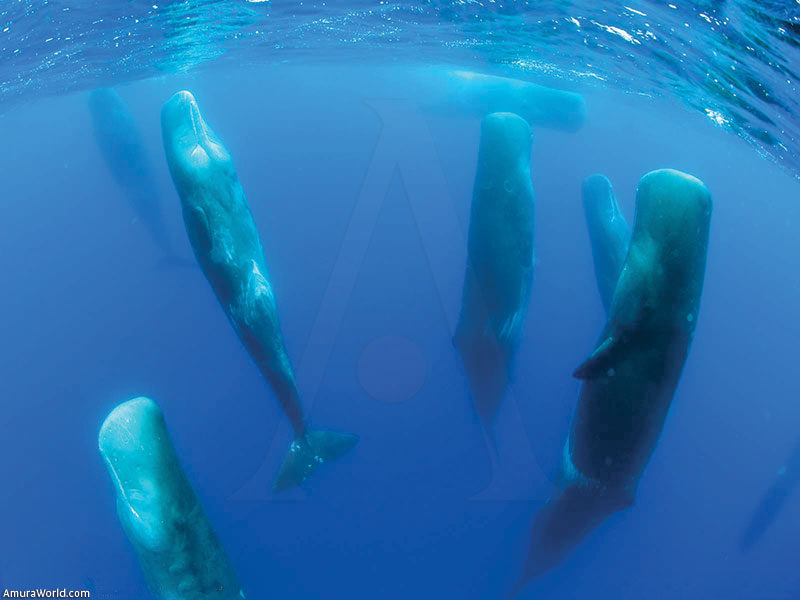 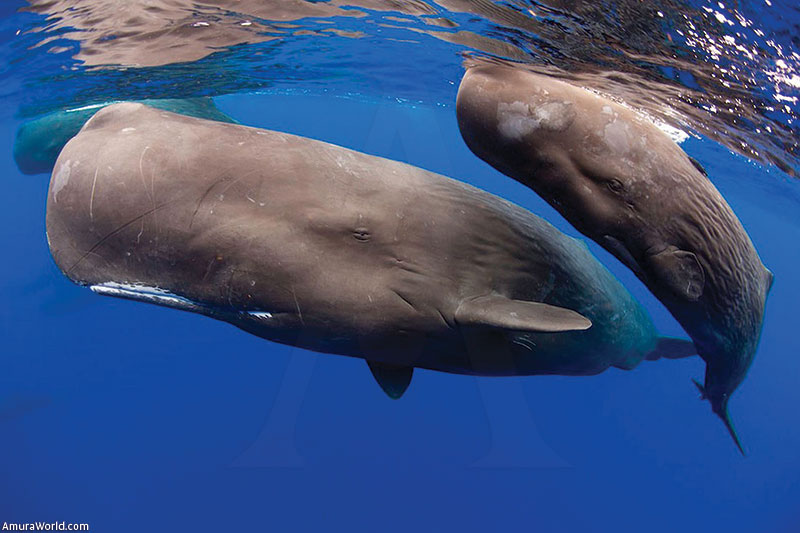 It is also the world’s biggest predator, their diet comprises fishes, eels and squids. It is suspected that it holds battles at great depths with the giant squid, this is due to the sucker markings that have been found on different specimens. Also, there have been records of finding one giant squid of 19 and a half meters, inside a sperm whale’s stomach.

These whales are a marine mammal that has no gills, therefore they surface and get their blowhole in contact with the atmosphere. In this way, they eject a powerful water jet that can reach up to 5 meters in height, and then they fill up their lungs with air in order to be able to carry out their long immersion dives, that can last up to two hours long. Before taking a long immersion dive, the sperm whale oxygenates its own organism with repeated inhalations.

These animals have been pursued throughout history. Their hunting and trade began in the XVII century, to exploit their oil as engine lubricant, to be used in the making of candles and lamps, also for ports and streets lighting, before electric lights were developed. Another coveted product was the ambergris, which is a substance produced in this animal’s intestines and is used as a fixative agent in perfumes. 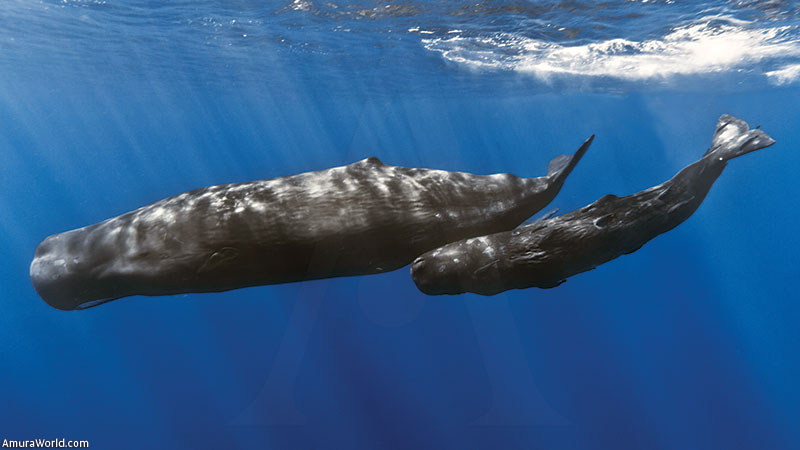 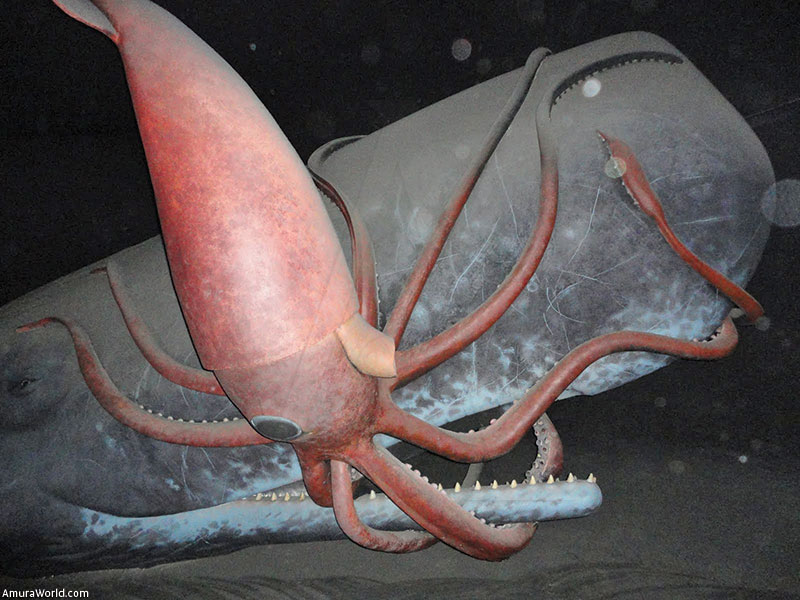 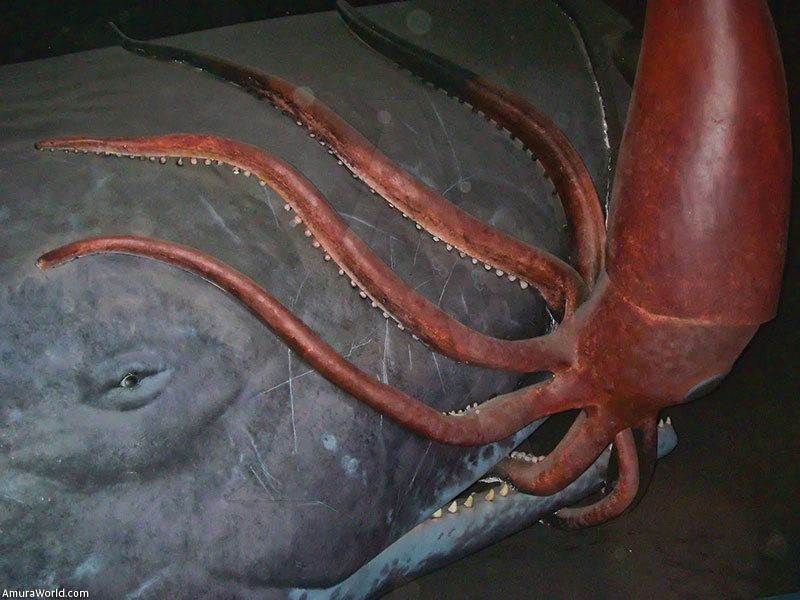 Because of its size, the sperm whale became the main target of whaling ships through the XVII and XIX centuries. However, the raise of the hunting of these whales grew out of control in the XX century, almost to a yearly average of 30,000; because of this in 1984, they joined along other cetaceans to the list of protected animals by the Convention on International Trade in Endangered Species of Wild Fauna and Flora (CITES), that forbids the hunting of this species, with the exception of scientific research purposes. In spite of this, Japan, Norway and Iceland presented official objections and therefore these countries currently maintain a whaling industry.

The sperm whale and man

In spite of the differences that evolution has exerted on sea mammals and land mammals, both have reached certain level of comparable development. As mammals, they share with human beings some similar features like: mammary glands to feed their offspring; a four cavity heart that pumps warm blood; a fine covering layer that surrounds the external zones of the brain; seven cervical vertebrae and a hearing apparatus consisting of hammer, anvil and stirrup very much like the one of men. 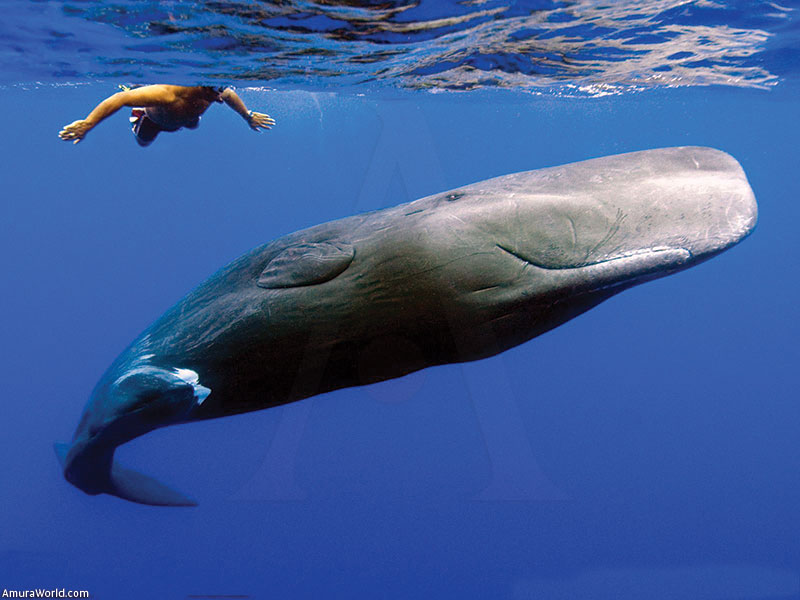