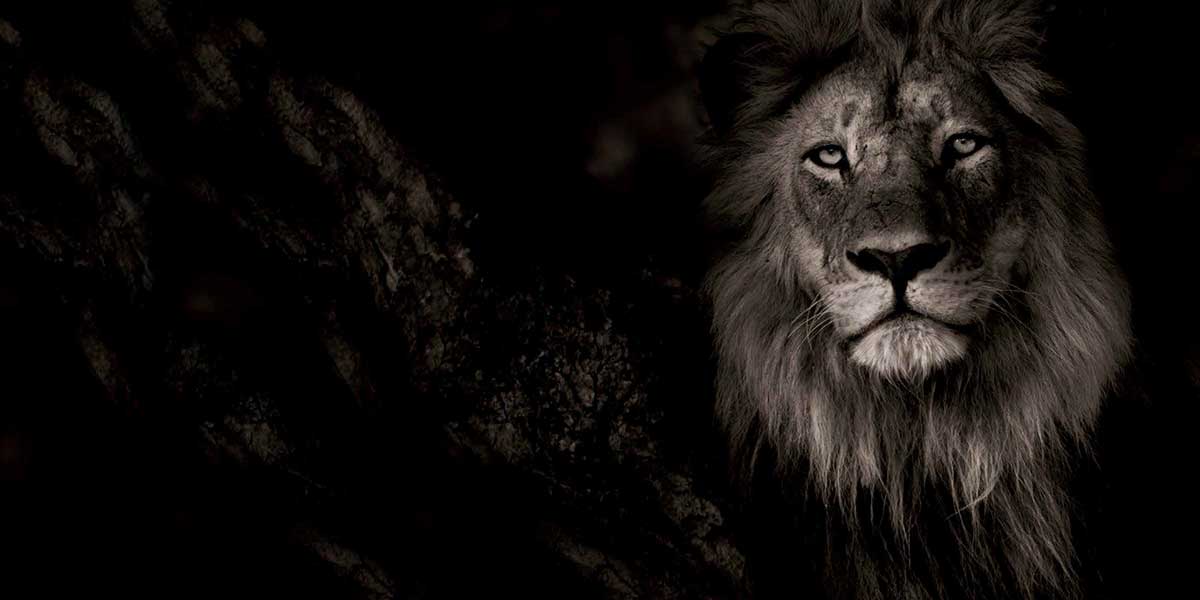 The heat is overwhelming. The 38°C force the inhabitants of the African savannah to search for some shade that will protect them from the cruel sun; it’s fairly common that brownish yellow coats become visible under the trees in these high temperatures; they belong to the Panthera Leo Leo, better known as the African Lion. Imposing, they rest in prides of up to 20 members. It’s easy to distinguish the dominant lions; usually between one and four males rule the entire pride while the rest are adult lionesses, young lions and the cubs. Males can measure more than three meters long (their tails included), and weigh between 180 and 270 kg. Their heads are crowned by striking hair, in yellow tones, distinctly longer than the coats of the rest of their bodies; this hair is called mane. And as a particular feature of this species, the mane has dark ends that offer greater prominence at first glance—the mane begins to grow at 10 months of age. On the other hand, the lionesses measure 2.5 m in length and weigh approximately 170 to 185 kg. Unlike males, they don’t have manes but their coats are also brownish yellow. With these measures, the Panthera Leo Leo is cataloged as the largest of its kind. 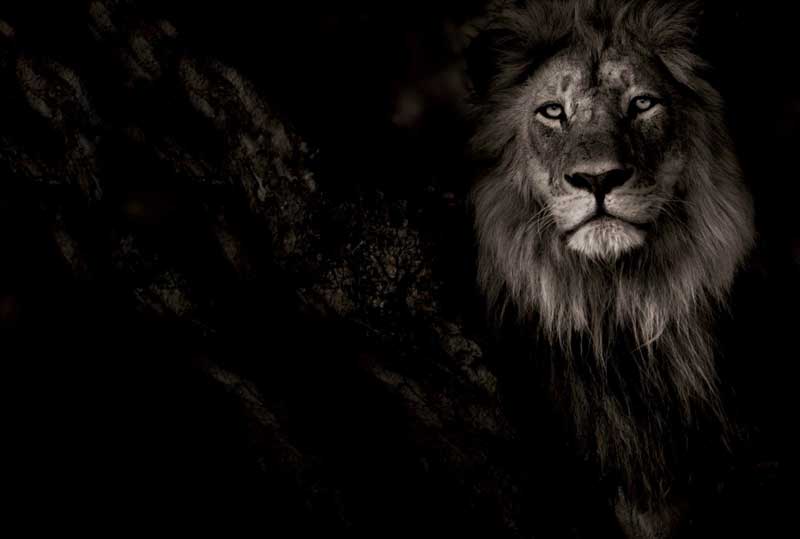 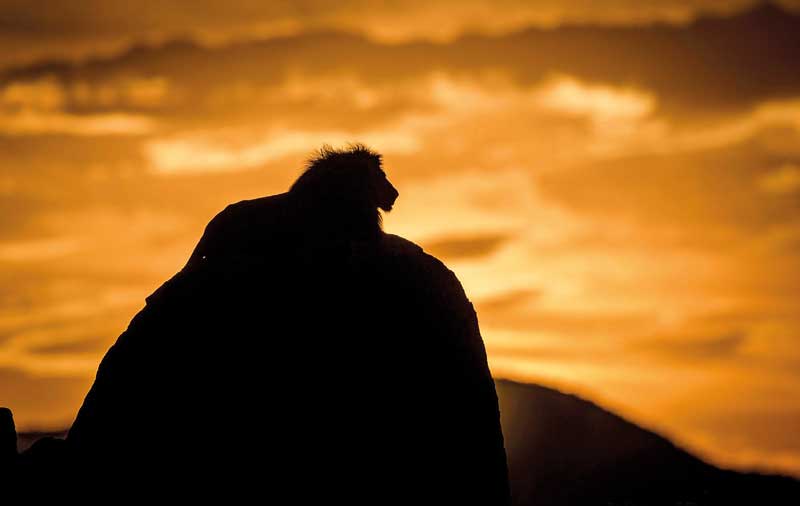 "If ever you feel like an animal among men, be a lion."
– Criss Jami

The development of lions and lionesses is very different despite belonging to the same pride: the lionesses are destined to live their whole lives with the same pride, playing the role of hunters and “nurses”. If they have offspring, it’s usually two cubs a year, and it’s well known that for the birth and the offspring’s first few months of life, the mothers go into exile to then return and introduce the small ones to the pride, turning their cubs into everyone’s cubs, because the others will take care of them as if they were their own. For their part, males are expelled when they reach adulthood. This forces them to take any of the following paths: they can attempt to conquer a pride through violent and even deadly fights against the leading lions, if victorious, the new member enters the select circle of dominant lions and becomes one of them; on the contrary, if they can’t conquer the pride, the male assumes himself as a loner.

Within the pride there are rules that must be followed for the prosperity of the group. Let’s start with hunting; as mentioned earlier, lionesses are responsible for this job. Their prey can vary between antelopes, zebras, giraffes and even elephants, and depending on this, they define their attack strategy. One of those rules is crucial: act as a team, since they are aware that some animals surpass them in speed, size and strength. Young lions a little over one year of age may also participate in the hunt; once the loot is obtained, the hierarchy becomes evident, because the first to eat are the lions, then the lionesses, the young follow and lastly the cubs. The male lions, aside from being the great leaders, are in charge of defending the territory, which can measure from 200 to 260 km; they mark the bushes and trees, likewise, imposing, they roar ferociously to scare their opponents away. We must remember that because they are the largest among African felines, their roar is also the longest and most powerful. 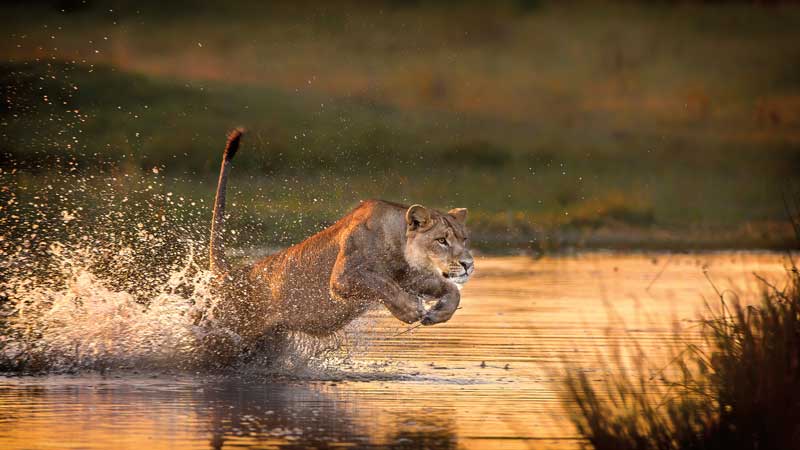 In Botswana, you can find these wonderful specimens at the Moremi Game Reserve, a place that has continuously strived for their preservation because although it isn’t an endangered species, it’s classified as Vulnerable by the IUCN. This isn’t due to the fact that the Lion has a natural predator, although I must mention that the cubs and older lions become easy prey for hyenas and buffalos; on the other hand, and without a doubt, the invasion of their habitat has been a key factor that has led them to attack the livestock in the nearby farms, causing the villagers to perceive them as “intruders” and prompt their hunting and even poisoning.

Currently the Convention on International Trade in Endangered Species of Wild Fauna and Flora categorizes the African Lion as endangered; that is, their trade is strictly prohibited.

Time and awareness will be responsible for the preservation of this great cat, which beauty and majesty far surpass the words written here. 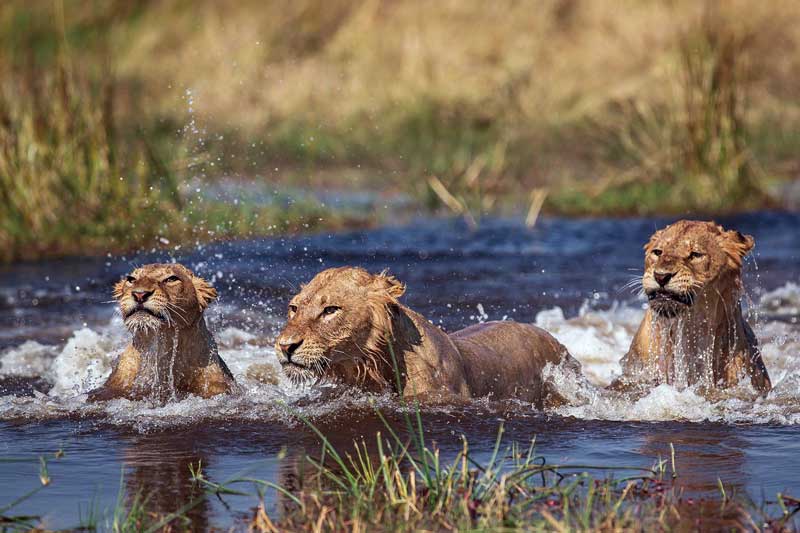 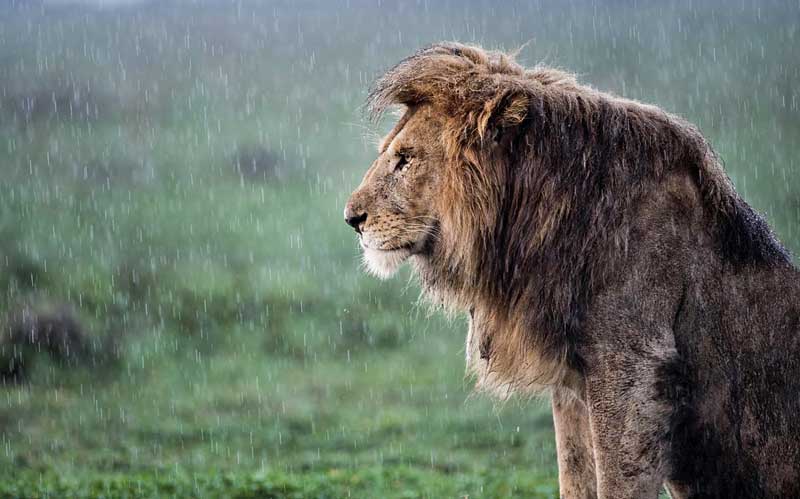 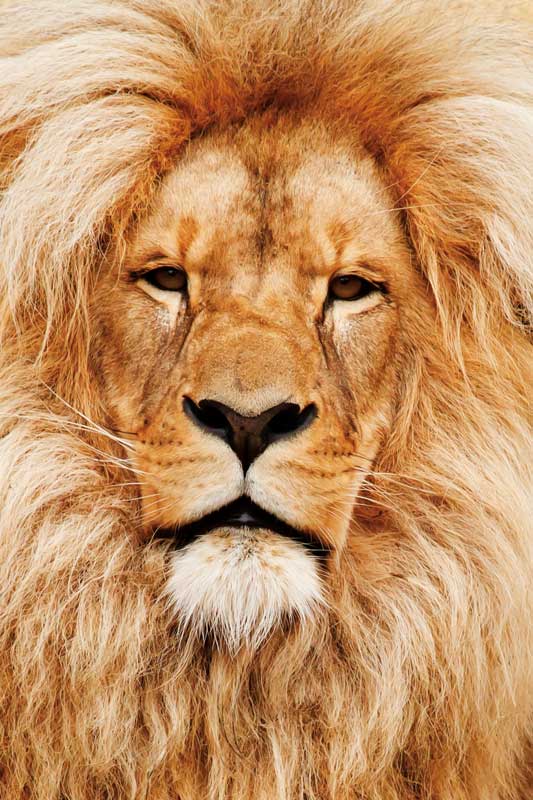