The giant lantern of the Maldives 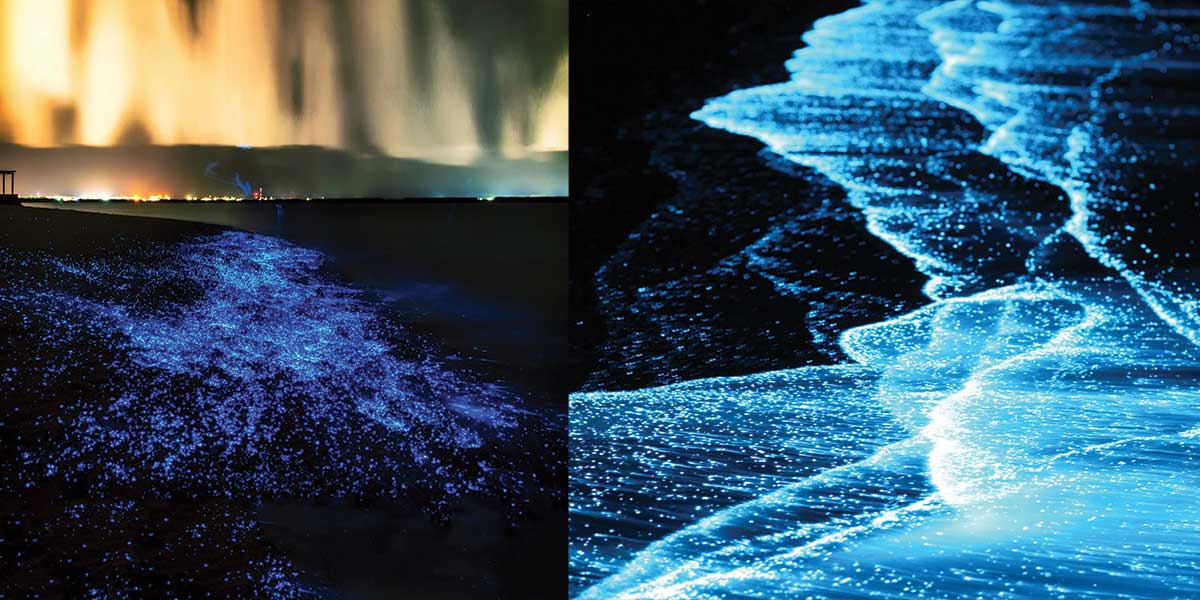 With a privileged location in the Indian Ocean, south of India, the Republic of Maldives is characterized by its warm blue oceans and incredible white sand beaches. It is made up of 26 atolls with more than a thousand islands, 200 of which are uninhabited.

Among them all, Vaadhoo, located in Raa Atool, is a real natural tourist attraction. In the Maldives, there are three ways to enjoy the stars: During a snorkeling session, in the sky during clear nights and in the sea. 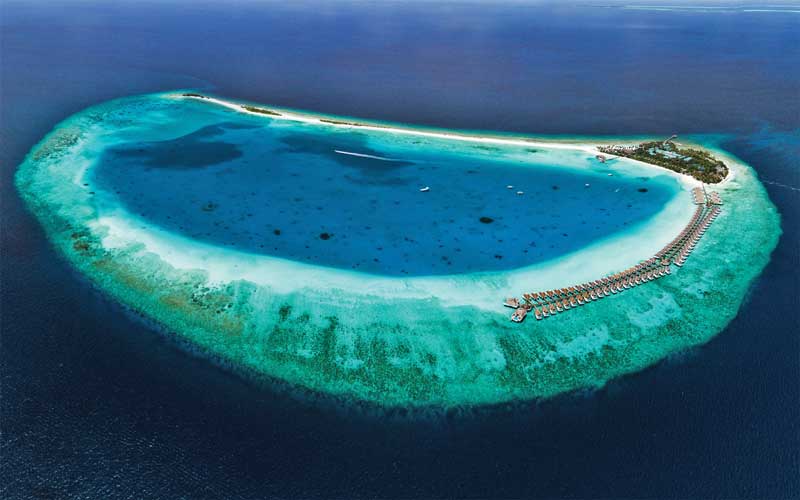 The sea has allowed life to exist. 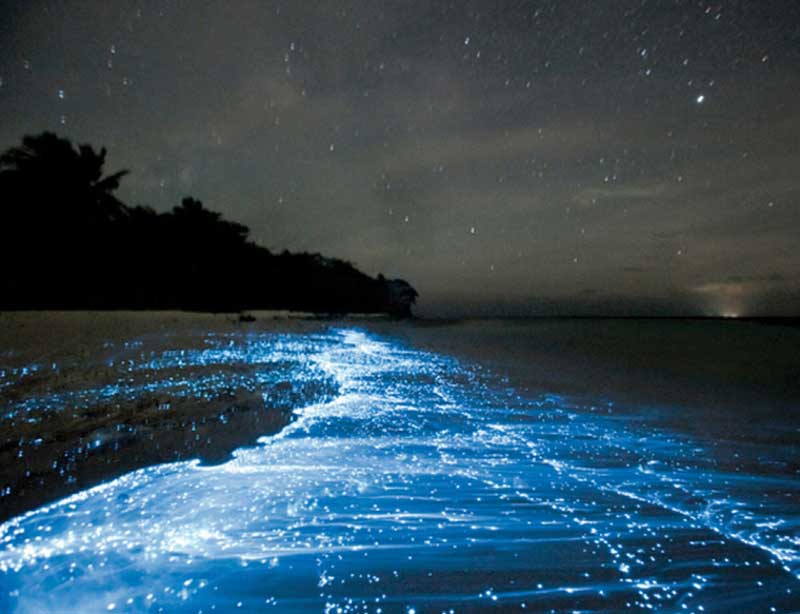 Scientifically known as bioluminescence, the sea of stars in Vaadhoo, currently uninhabited, is usually one of the island’s greatest attractions. It is a process that occurs after phytoplankton – small luminous beings and the main food of marine species – comes into contact with oxygen, causing a chemical reaction (luciferin) to join with the enzyme luciferase when the water moves, resulting in chemical energy that is converted intro light.

The result: A giant lantern, where blue lights dance on the shore of the beach, in the footsteps in the sand, in the waves surfed by surfers and travelers’ boats that agitate the calm of the ocean; the light will become more intense at the right moment when the waves break; when the sea is more agitated.

While bioluminescence can be enjoyed in other places around the world – such as Laguna Grande, Puerto Rico; Manialtepec Lagoon, Puerto Escondido, Oaxaca; and Toyama Bay, Japan; to name a few – there are few landscapes where the climatology allows it to occur in such a natural and constant way as in Vaadhoo.

This is how the Maldives becomes the most impressive place in the world to enjoy the phenomenon, on a new moon night and through a nigh diving excursion where, after the aquatic immersion, the torches are extinguished, and the waters are agitated.

To access the paradisiacal spot that is Vaadhoo, the easiest way is by seaplane, or if our main characteristic is rather adventure, the dhonis (traditional Maldivian boats) are the best option as they are equipped with an aesthetic that invites you to dream among the waters of the Indian Ocean.

These boats are one of the most characteristic icons of the archipelago due to their aesthetics and history closely linked to the uses, customs and needs of the Maldivian people.

So much so that the Ba’Thelil Lounge restaurant was inspired by the shape of the dhonis. Here, guests dine on deck under a breathtaking sunset and sample a Maldivian-inspired menu. Inside, there is also seating from which marine life can be admired. 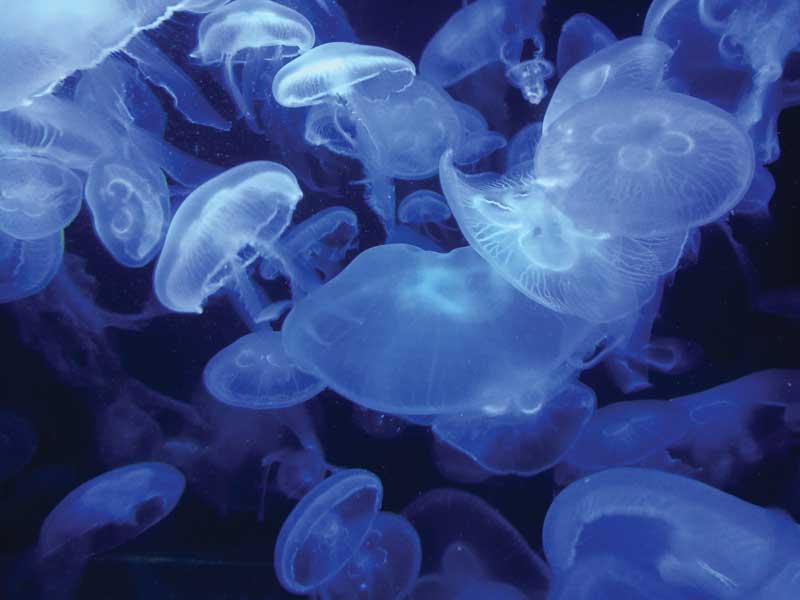 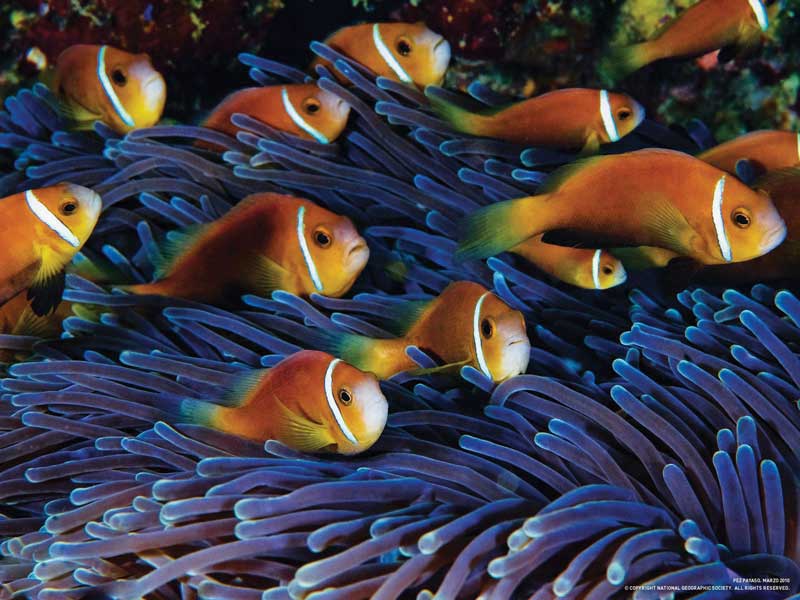 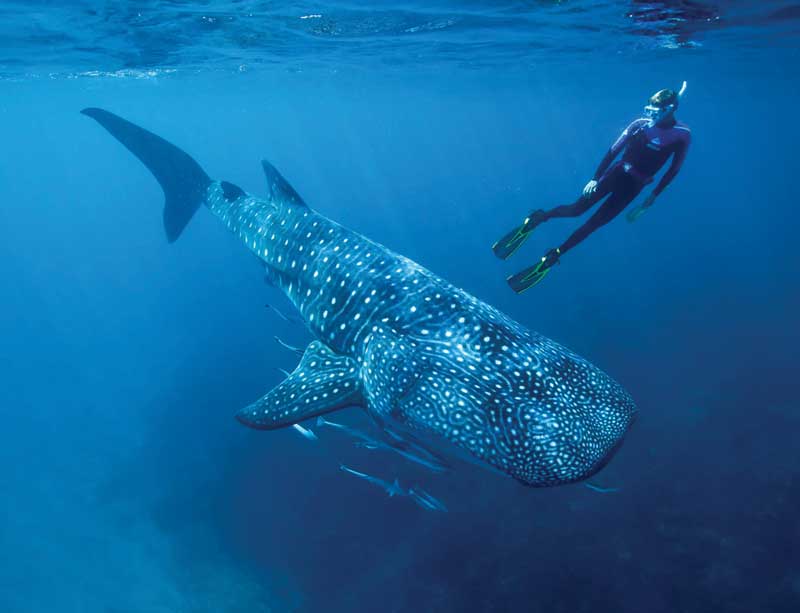 Biodiversity in the Indian Ocean

It is no secret that the Maldives archipelago has no notable terrestrial fauna, consisting of small reptiles and some birds. On the other hand, it has a vast marine diversity of up to 2,000 different species, including all kinds of tropical fish, anemones, jellyfish, octopus, crocodile fish, stone fish, barracudas, dolphins and turtles.

Among this biodiversity are the phytoplankton which, although small, are responsible for the Sea of Stars mentiones above. In addition, there are the famous luminous jellyfish, also known as ‘butterflies of the sea’, whose bell shape end with several tentacles; at night, they present a light show that, although of indisputable beauty, it is advisable to see from a distance and avoid direct contact with them because of their natural defense mechanism.

It is common to encounter, during a diving session, the Maldivian clownfish with their characteristic orange-red color and white stripes surrounded by black. These, like the rest of their species, live in a ‘magnificent anemone’ that provides protection in exchange for their movements to clean their tentacles.

The spinner dolphin is an extremely social species that allows a front row view of its multiple spins in the air thar reach up to 3 meters high. On the other hand, the hawksbill turtle prefers calm, tropical waters in rocky areas, oceanic islands, coral reefs and shallow coastal areas.

The whale shark is one of the most sought-after species in the Maldives as it is considered the largest existing fish in the world, with approximately 12 meters in length. It is possible to find it at any time of the year in the South Ari Atoll. They prefer warm tropical and subtropical waters and are considered harmless, since their diet is based on squid, plankton and small fish.

Unfortunately, the number of sharks there has progressively declined in the last few years as it became a major exporter of shark fins to China, Hong Kong and Taiwan. As a consequence, since 2010 sharks cannot be fished in the 90,000 square kilometers of territorial waters that comprise the Maldives, making it a nature reserve. Since then, it has been known as the second nation in the world – only after Palau, in Oceania – to protect the species.

Maldives is par excellence a world destination to enjoy a world of fascinating creatures, which is why since June 2010, Baa Atoll (or South Maalhosmadulu, located to the west and comprising 75 islands) was named a World Biosphere Reserve by the United Nations Educational, Scientific and Cultural Organization (UNESCO), after recognizing the “great potential to demonstrate sustainable development in the region, relying on a green economy”.

Hanirafu, for example, is one of the bays located in this atoll and is extremely popular due to seasonal gatherings of manta rays during the months of May to November, attracting countless tourist in search of sightings.