Last attempt to save the Sumatran Rhino 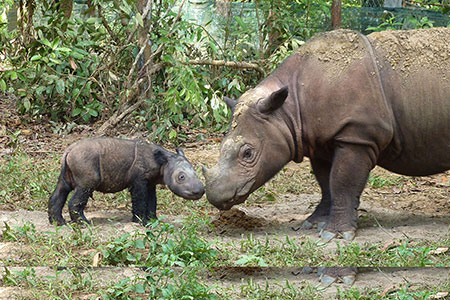 In what may possibly be the last attempt by conservationists to prevent the critically endangered Sumatran rhinoceros from going extinct researchers have recommended that the small population left is consolidated, given strong protection, and that the percentage of breeding females remaining be determined.

The scientists from the University of Massachusetts Amherst and the Wildlife Conservation Society's (WCS) Indonesia Program have carried out an island-wide survey of the last wild population of Sumatran rhinoceros.