Ernest Beaux and Chanel No. 5: a magical night bathe in moonlight in the Arctic 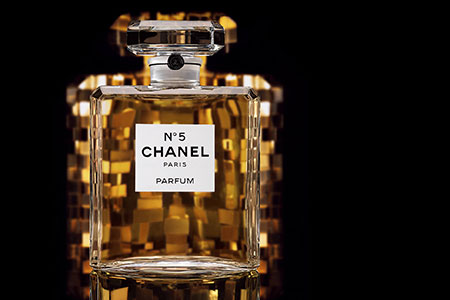 Considered the greatest perfumist of his time, marked by the war, circumstances which would lead him to search for a way of expanding his possibilities in a world changed forever by mankind.

1920 was the year he created an icon for Chanel (No.5) alongside Coco, whom he met through a friend in common called Dimitri. Ernest Beaux was a Russian exiled; in his times of glory, he was the perfumist to the Tsar.

Some of the inspiration to create the distinct fragrance for No.5 arose when he returned from a journey to the Arctic circle during the war. When Beux was there he depicts a midnight phenomenon: two lakes and a river drowned the ambiance with a fresh and perceptible scent. This took Beaux to work in order to create a fragrance that would transmit this sensation of finesse, grace, pulcritud and freedom. A clarity which is exhaled by the land in those horizons which are illuminated by a long nights.

Due to the fact, the most asserted description of Chanel No. 5 is that of a magical night bathe in moonlight in the Arctic. It is important to point out that the most feminine component of this formula was sought-after Gabrielle herself is what gives it such a lasting effect. During this time perfumes made with floral bases and extravagant bottling didn’t last very long on the skin.

This aroma, whose formula remains secret, has nearly one-hundred different components and a specific method of elaboration.These elements convert this product into one without comparison. It is a work of art.

This man not only created No.5 for Maison Chanel, he also forged Bois des Îles, Cuir de Russie, N ° 22 , amongst others. "Obviously, I had made other perfumes before this No. 5, as my first creation dates from 1907, when in Moscow I had recently been named Member of the Board and Technical Director of the Société Rallet. In 1912 my creation Le Bouquet Napoléon, honoring the centenary of the battle of Battle of Borodino, proved an incredible success", declared Beaux.

Speaking of No. 5; Chanel declared once “I present my dress collection on the 5th of May, the fifth month of the year; we shall thus leave the number with which it is labelled and this number 5 shall bring it good luck.”

And Luck It Did Bring.