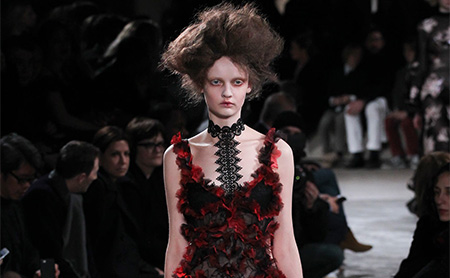 Nearly almost after a decade, Alexander McQueen will make a comeback to the London Fashion Week for February 2016. It truly results quite significative, due to the fact that the firm is originary from this city and it hadn’t made a catwalk in it’s hometown since it joined Gucci in 2002.

It’s Fall-Winter 2016 collection will be presented for the occasion, this return could be an exclusive event, only for this collection.

Another novelty for the London Fashion Week, is the debut of Charlotte Olympia, whose footwear has been used several times by celebrities such as  Sarah Jessica Parker and Natalie Portman.