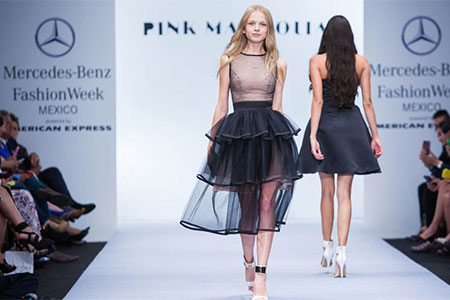 About 23 designers –seven of them fully incoming-, will be given to present their Autumn-Winter 2016 collections at the new locations of Mercedes Benz Fashion Week in Mexico.

With their characteristic seal of innovation, Mercedes Benz -which is meets 130 years- is a benchmark for cutting-edge trends. Not only it represents a milestone for the automotive industry, but for fashion, through this event that brings together the best young talent to provide a fresh and unprecedented touch for the possibilities of this 2016 season.

With 10 years of starting their participation in the world of Mexican fashion, this platform has reinvented itself to explore the best of the national potential, through six iconic locations in Mexico City:

• On Monday, April 11 there will be four parades at the College of Vizcaínas in the Historic center of Mexico City, with an opening cocktail.

• On Tuesday April 12, the UNAM - Fundación Casa del Lago is where three designers will present their new Front Row concept, in an exclusive event with 120 guests.

• Also on Tuesday 12 and Wednesday 13, the formerly Cine Las Americas in the Condesa neighborhood will have 12 presentations as well as the return of The Box format.

• On Thursday April 14, MBFWMx is tied with its sister event in Mexico, the Fashion Film Festival, on the opening in Chapultepec Forum, whit a day of projections.

• That same April 14, a third event is added to the Fashion Week at the St. Regis hotel, Vogue & GQ All Access, in partnership with D & G Intenso Fragrance, will present a series of conferences.

• On Friday 15, Saturday 16 and Sunday 17 April , will continue the projections, conferences and premières in Forum Chapultepec, while on Friday 15, four designers will present at the evening their collections  in some private cellars of the New Polanco with the official closing party of Fashion Week and the special presentation of Ricardo Seco whit his collection of man.