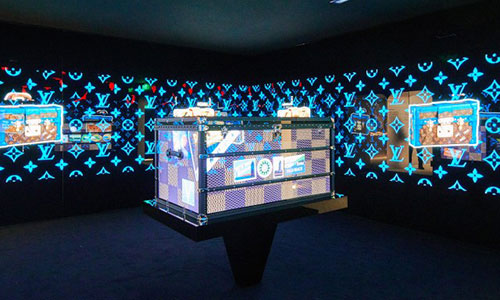 The French luxury brand Louis Vuitton will present its travelling exhibition called The Louis Vuitton Time Capsule from May 18 to June 10, 2018, at the Westflield Century City shopping center in Los Angeles, California.

The exhibition consists of six rooms that tell the story of the French house, reliving its historical innovations in technology and design; it features unusual and classic objects selected from the Louis Vuitton archive. The time capsule has been exhibited in several cities around the world such as Singapore, Berlin, Dubai and Hong Kong; and it will be presented for the first time in the American continent. Los Angeles will be the first city to host the exhibition.