Wine, a divine substance whose marvelous myths are illuminated by a wide range of writings. It has been around throughout the history of humanity and we enjoy its pleasures still.

Since prehistoric times, wine has been a cultural element of everyday life and has also been closely related to the sacred. We will therefore take a trip through time to discover how wine reached the Old World. We will also travel to the major wine producing and consuming countries.

Others believe that some 6,000 years before Christ, nomads were already using must to produce wine. Most experts coincide that this was 8,000 years before our era, in regions of Asia Minor, near the Black and the Caspian Seas. 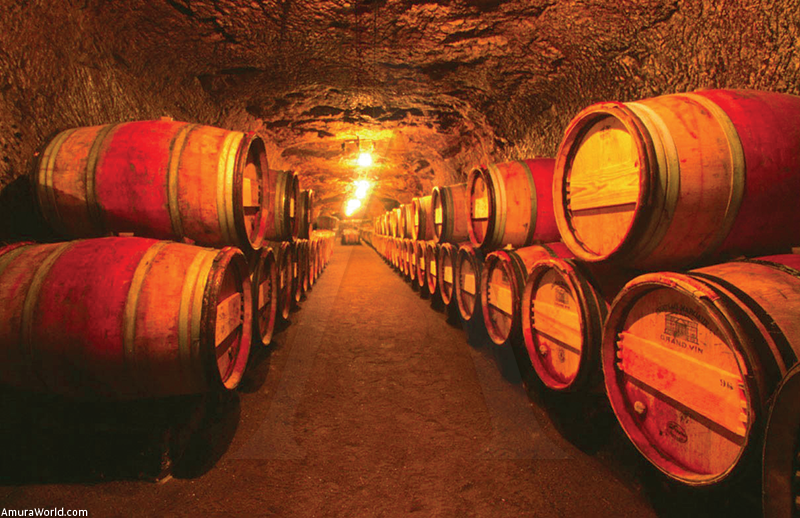 6,000 B.C.
Paintings alluding to wine were found in tombs of pharaohs in Phoenicia and Egypt.

The tourniquet method is invented. It consisted of pressing a large bag which had two wooden paddles at either end. The grapes where placed inside and it was twisted in such a way that the must was extracted. The first golden age took place in Egypt, during the era of the great pharaohs, as can be seen in the murals found in the tomb of Nakht in Thebes, dating from the 15th century B.C.

3,000 - 4,000 B.C.
Vessels with spots of what was later determined to be wine were found in Persia and Mesopotamia. The Phoenicians brought vines to Greece.

The Greeks planted vines along the Mediterranean, in rows (as is still done today), and were the first to preserve wine by a method known as caulking, which consisted of sealing it inside clay or ceramic vessels with cloth or wood and olive oil. 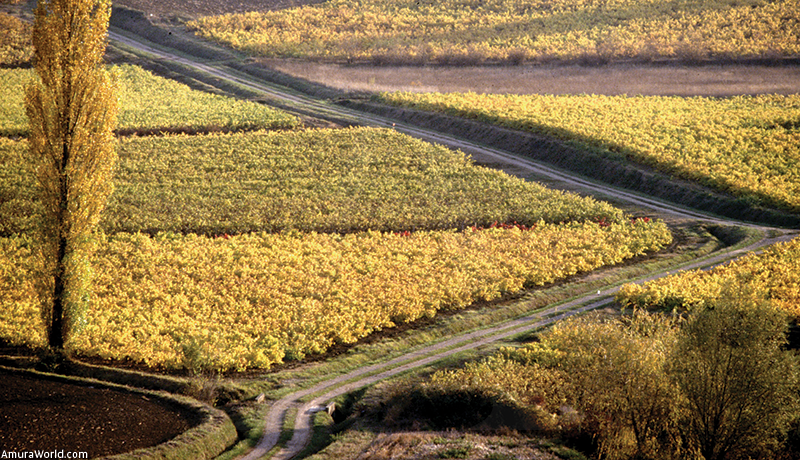 Wine is introduced to Italy and northern Africa and the Roman conquerors initiated the cultivation of the grape in the countries they subjugated. Their wine was of good quality and they produced one called “Opinius”, which was exclusively for emperors.

For the Greeks, southern Italy became their Oinotria, the land of wine, and it became one of their most important products. Its center was in Pompeii, from where wine was sent as far away as to the region which today is known as Bordeaux.

During the decline of their empire, the Romans introduced vines to France, through Provence, via the Mediterranean and Rhone, and from there it spread to Bordeaux. To assure their supply, the Romans took vines as well as their cultivation methods with them to their Celt, Gaul and Germanic colonies and shared their knowledge about pressing the grape and storing it in amphorae and barrels with these people.

Vines are taken west to east, toward Burgundy.

In the north, vines are taken from the Loire valley, via the Atlantic, to Alsace.

The world’s great wine-producing regions are limited to well-defined geographic coordinates that lie between latitudes 30 and 50. Both in the northern and southern hemispheres it is the climate that determines these limits: in those below 30 the weather is warm because of the rays of the sun and cold in those above 50. 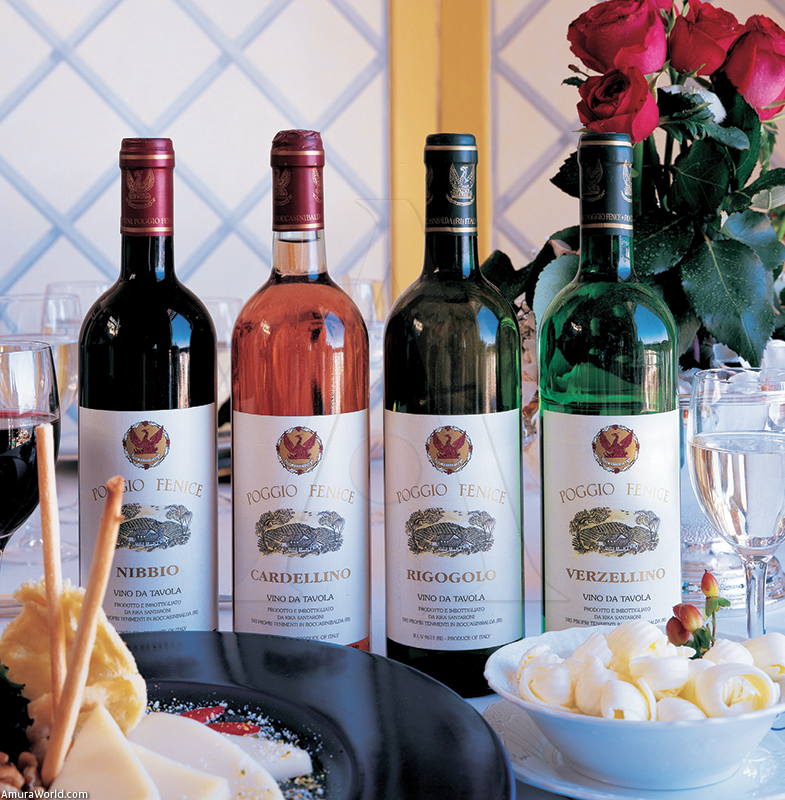 • Its vine stock and production methods have created a school that is renowned throughout the world. Each region of France has its typical wines which are closely related to the local cuisine, especially Bordeaux, Burgundy and Alsace.

• Some of the regions that produce the country’s most outstanding wines are Piamonte (where the famous Barolos and Barberescos are produced from Nebbiola grapes), Toscana (which produces brunellos, made from San Giovese and, of course, the marvelous Super Toscanos, made basically from blends of Bordelaise). 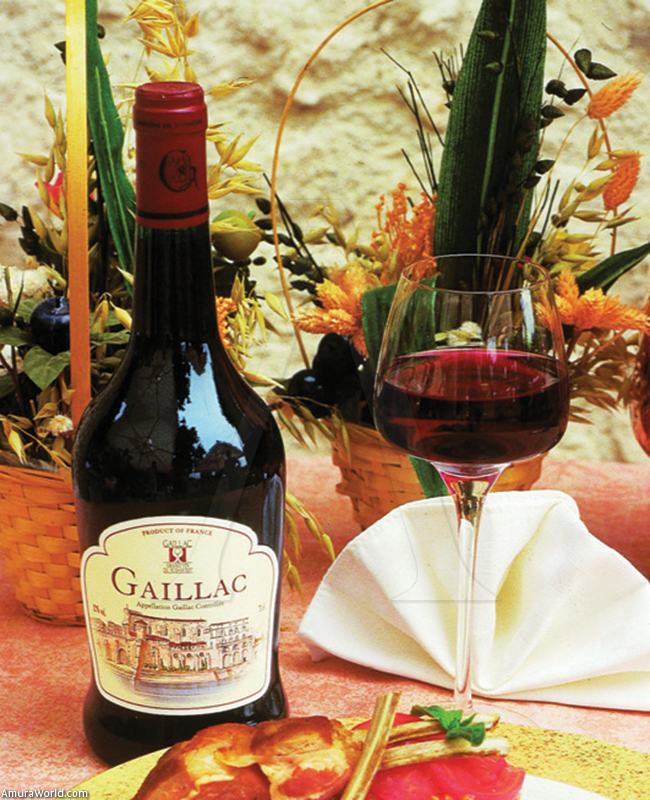 • The country with the largest amount of land dedicated to the cultivation of vines: 1.2 million hectares (2,965,264 acres).

• Wine is produced throughout the country but those from Rioja, Ribera del Duero, Penedés and Priorato are outstanding. 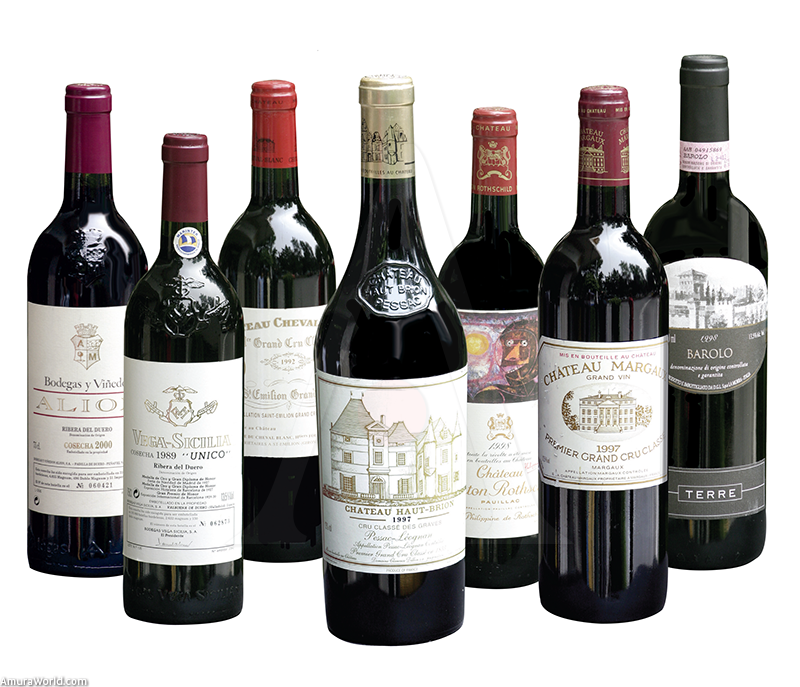