The Most Renowned Wines of the World

Wine seems to have been born with human beings. It has always delighted humanity, been one of its greatest pleasures as well as a font of inspiration. Its creation is filled with legends and here are a few of the most renowned.

Even though Pomerol wines have never been classified, Pétrus, together with Château Lafite-Rothschild, Mouton de Château Rothschild and Château Margaux, is considered one of Bordeaux’s most elite wines,

Pétrus is the banner of the red wines of the Pomerol region of Bordeaux, France, and is made almost entirely with Merlot. The Petrus castle belongs to the Libourne family and its negotiant is Monsieur Moueix.

The 11.4 hectares (28.1 acres) of Château Pétrus are located on a plain in the region of the same name. The surface has a high percentage of iron-rich clay. The land is planted with 95% Merlot grapes and the rest with Cabernet Franc. The vines are 40 years old, a truly impressive age.

Château Pétrus produces about 3,000 cases of wine every year and a half. The grapes are hand harvested, fermented in cement tanks and aged in new oak barrels for two years before being bottled. The bottles containing the newer vintages are sold for over $500 dollars each and, frequently, for over $1,000 dollars each. 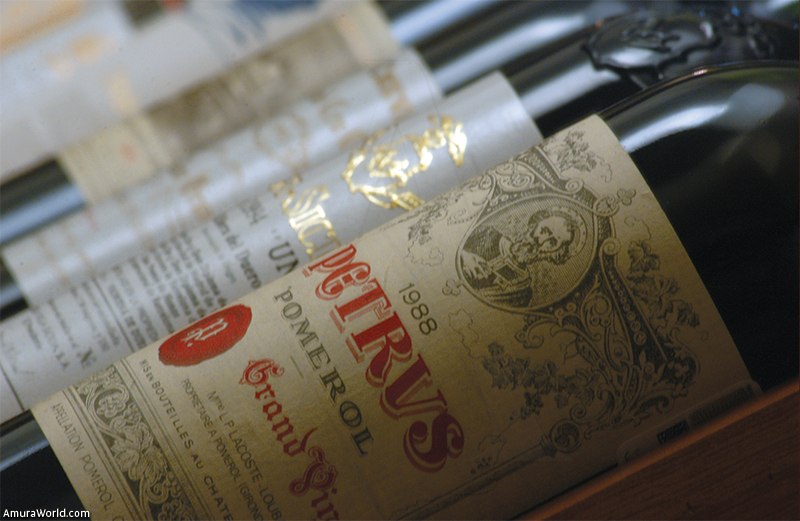 A red wine which, besides being unshakeable and world-famed, is one of the most expensive. Produced by the Rothschild family for many centuries, that is to say, even after the wars.

The Rothschild castle is located in the large village of Pauillac, a wine producing region of Médoc northwest of Bordeaux. This region was occupied during the wars of the 14th century. One of Château Lafite’s particularities is that it was acquiered, around 1680, by Jacques de Ségur, who planted the majority of this famous vineyard.

At the beginning of the 18th century, the Marquis Nicolas Alexandre de Ségur, the “Prince of Wine”, purified the wine-producing techniques and introduced wines to the highest classes of Europe. Later, Château Lafite became the king’s wine, thanks to the influential Maréchal de Richelieu. At the end of the 18th century, Lafite’s reputation as one of Europe’s finest wines was established.

The French Revolution put an end to the Ségur family’s ownership of the property with the execution of Nicolas Pierre de Pichard. In 1797, the wineyards were sold to a group of Dutch merchants. In the first half of the19th century, Lafite fell into the hands of the Vanlerberghe family and the wine reached a new height of perfection, including the 1795, 1798 and 1818 vintages.

Exceptions are done once in a while, for example Le Grande Cru of 1961 was produced in its entirety with Cabernet Sauvignon.

From the 12th century to the 15th, the state was in charge of the vineyards until the Lestonnac family bought the land and gave the wine its exclusive importance. In 1570, Pierre de Lestonnac dedicated himself to doing away with the cereals that invaded his fields and planted them instead with the best grapes of the region. By 1700, he had 265 hectares (655 acres) planted with vines.

During the 18th century, the wine suffered a terrible change and became pale liquid that was completely colorless and watery. With the idea of administering sales, the family hired Monsieur Berlon, who, by fertilizing the ground, revolutionalized cultivation techniques. During this period this procedure was prohibited so he was forced to do this in the early hours of the morning but he created a soil of great quality for the vines. In 1970, and after several very low quality vintages, the owners, Ferdinand y Pierre Ginestet, found themselves with no other recourse than to sell Château Margaux. The successful buyer was the Félix Potin group who, through an extraordinay investment, once again transformed the vines. In 1980, Château Margaux recuperated its fame as one of the world’s finest wines.

The majority of its vines are Cabernet Sauvignon (75%), Merlot grapes (20%) and the rest are Cabernet Franc and Petit Verdot. With these grapes they produce around 30,000 bottles a year. 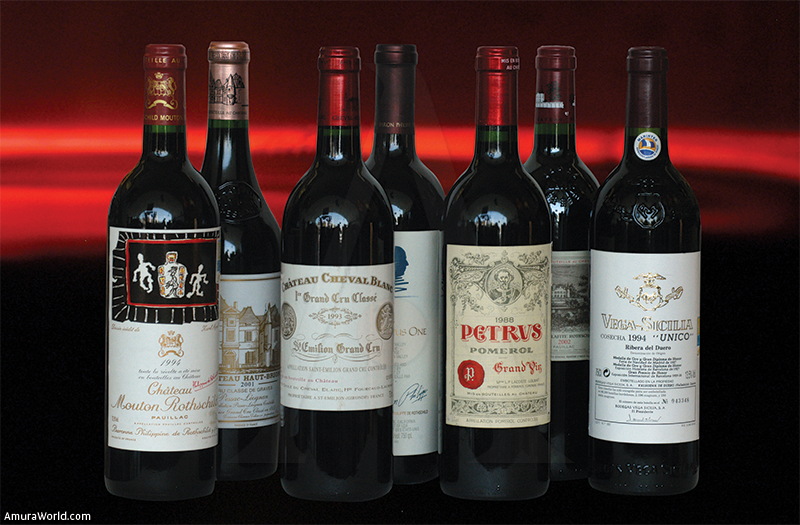 This is the par excellence wine of the Saint-Émilion region of Bordeaux. In 1832, Château Figeac sold 15 hectares (37 acres) to Monsieur Laussac-Fourcaud, including the land bordering Château Pétrus, naming it Château Cheval Blanc, winner of several awards for its perfection. The castle was sold in 1988 to Bernard Arnault, the Albert Frère negotiator.

One of the world’s most expensive, honored wines. Located in Pessac, 2 kilometers (1.2 miles) from Bordeaux.

It dates from 1525, when Jean de Pontac married Jeanne de Bellon, who gave him these lands. In 1960, Haut-Brion was one of the first wine producers to use stainless steel barrels for fermentation. 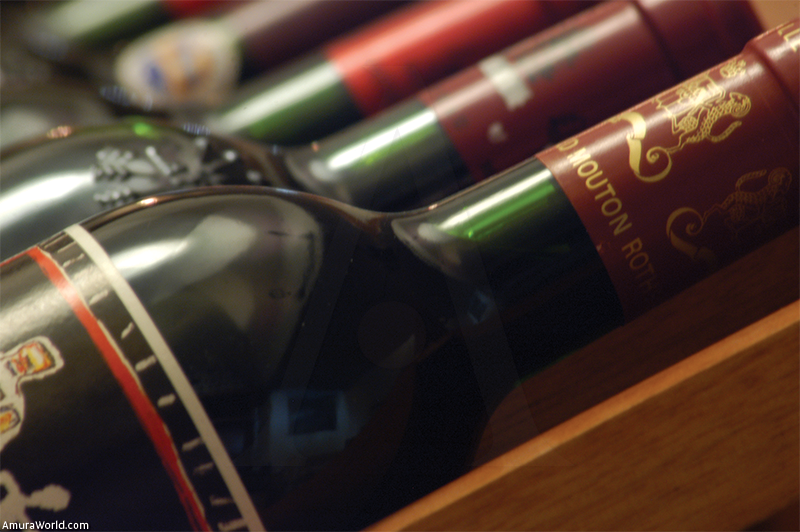 Château Haut-Brion is planted with 55% Cabernet Sauvignon, 25% Merlot and 20% Cabernet Franc. The vines are 30 years old.

The magnificent Chateau Haut-Brion wines are fermented in stainless steel barrels, aged in new oak barrels for 24 to 27 months and then clarified with six egg whites per barrel.

The wine-making process is managed by Jean-Philippe Delmas, who controls the short fermentation with a bit of heat. The wine has a complex aroma of ripe fruit, tobacco and minerals with earthy scents. It is refined and has a complete, mature body and good structure. A rich, harmonious, balanced wine with character and elegance, it perfectly accompanies meat, lamb and veal.