Historians say that it was created during the Middle Ages and was used for medicinal purposes. The birth of vodka did not happen by chance: this distilled beverage is a variety —or the perfection— of others that came before. Its origins go back to the Eastern Europe of long ago.

Before the 16th century, an alcoholic beverage, a product of the fermentation of birch bark, was consumed. Later on, with the development of stills and distillation techniques, a strong 90-proof liquor was made.

Its name comes from “voda”, water, and vodka, “little water”, also called “the water of life”. It was a young liquor, colorless, neutral and tasteless that was prepared with rye, barley and mainly wheat, which were fermented and distilled. 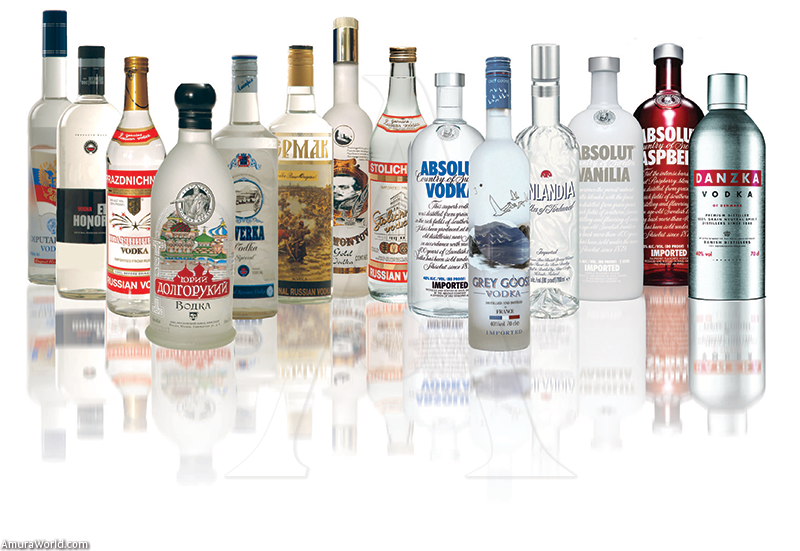 The grains are pressed, distilled water is added and the mixture is heated to obtain a juice, or must, which, on fermentation, will produce a drink that is six to eight percent alcohol.

Then the distillation process begins. It consists of increasing the temperature to separate the water and the alcohol, thereby raising the alcoholic content. These two elements have different boiling points, water boils at 100 °C and alcohol at 78.5 °C.

All this is done in Coffey Still continuous distillation columns.

This type of distillation is more effective for this kind of liquor. Cognac and whiskey are distilled in charentés-type charge and discharge stills.

This stage produces a high proof distillation with many impurities. That is why the liquor is passed through a rectifier, which eliminates them, and distilled water is added to obtain a commercial proof.

After, it is filtered and purified through fruit tree carbon, usually apple and birch. This carbon is heated to temperatures of between 500 and 600 °C, which gives it a sponge-like appearance. Later, it will be introduced into column filters and the vodka is pumped from bottom to top. This process produces a clean, pure, transparent vodka. Some vodkas are macerated with herbs, spices, fruits and other added ingredients. 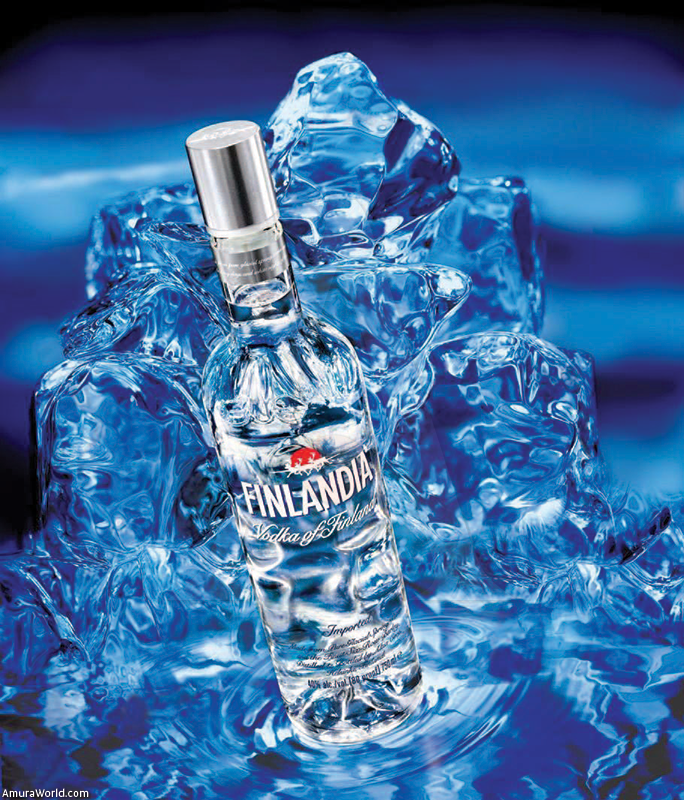 The secret of the high quality of russian vodka is that its manufacturing process uses pure, naturally filtered water that comes from rivers and thawed springs, as well as grains exclusively from the Ukraine, Byelorussia and Siberia.

After the delicate distillation process, it is filtered nine times in birch or apple carbon and either water or egg white is added to completely eliminate toxic oils (fusel). That is why russian vodka never gives you a headache the day after.

In 1474 the production and sale of the liquor was monopolized in Moscow and, in the 16th century, it was exported to Sweden and Estonia. 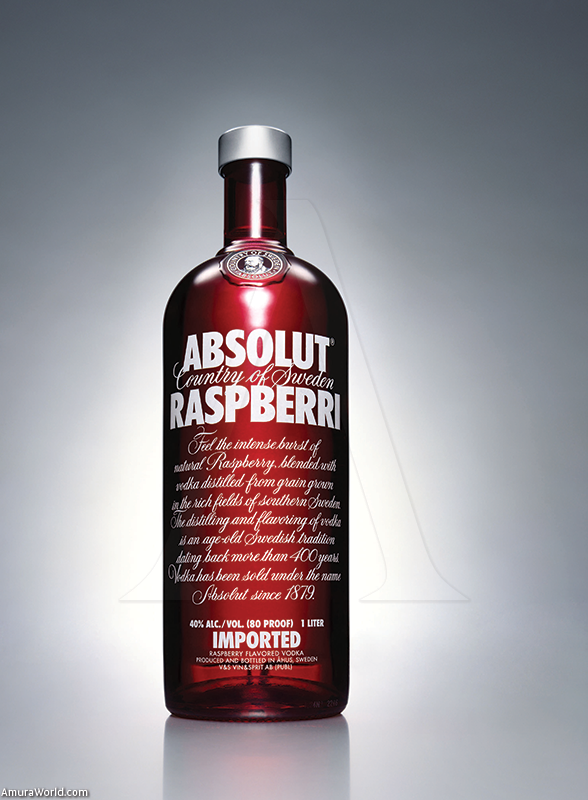 After World War II it became popular outside of Russia, especially in the USA. Some of the brands on the market are:

Sibirskaya. Siberian, made with freeze-resistant wheat and filtered in birch which gives it its aggressiveness. It is neutral, pure and of good quality.

Stolichnaya. 100% grain with sugar (this is the sweetest one) and 40-proof.

Moskovskaya. This vodka from Moscow has a daily production of a million bottles. Along with Stolichnaya, it is one of the biggest exports. It is pure, neutral and is 40-proof.

Zoubrodka. This bottle of 40-proof vodka, like the polish variety, has a tiny piece of a herb called zubra. 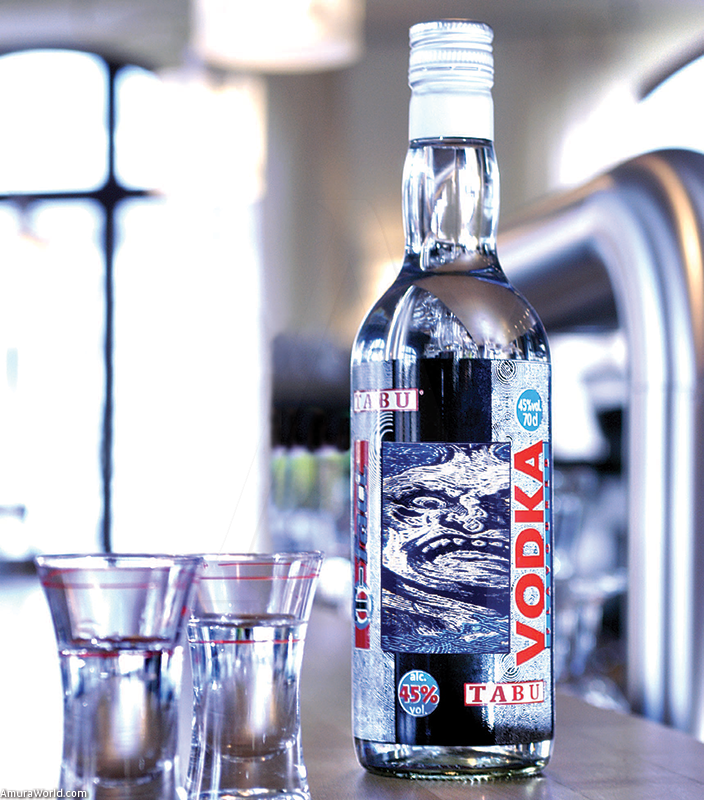 • In Poland, distilling started as a family business.

• At the beginning it was called “gorzalka”.

• Vodka has been consumed since the 14th century.

• King Jan Olbracht was the first to authorize the production and sale of this liquor.

• From the 16th to the 18th century the distillation of this liquor became a national industry.

Among aperitif and digestive varieties, vodka is the most consumed liquor in Poland. It is usually made of one type of grain, though there are those made with a mix of grains, potatoes or macerated with herbs and fruit. Main polish brands of vodka:

Zubrowka. Known also as the “bison vodka”. The interior of the bottle has a small piece of zubra herb, which gives it color and finesse. It is one of Poland’s most famous.

Tatra. From potato alcohol and with added herbs. 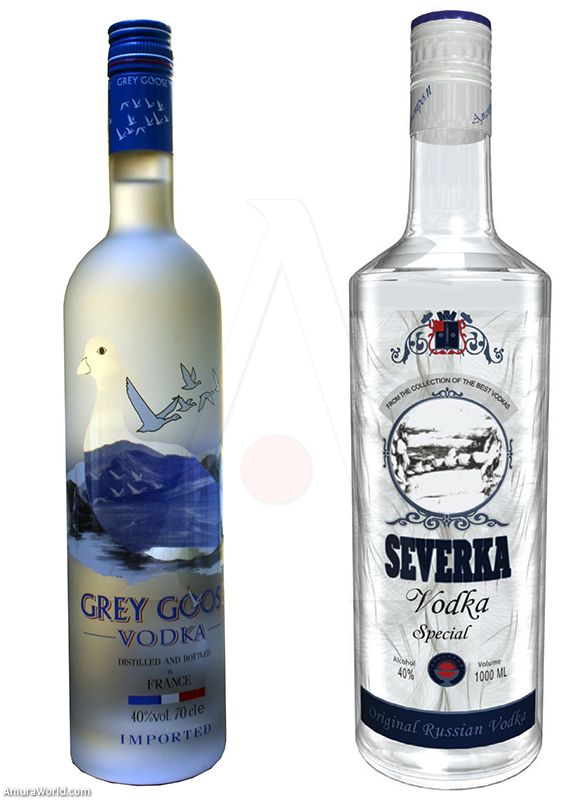 The authentic one is from Russia!

The famous Russian drink is celebrating its first five hundred years of life. In the 19th century, the russian chemist Mendeléyev, after creating and patenting the exact formula, began the fight against imitators and forgeries. At the beginning of the 20th century, he obtained the certificate of origin and the official name, vodka, was approved.

To make vodka, white Ukrainian wheat, Siberian barley and Byelorussian rye are combined in exact amounts with spring water. Then everything is carefully filtered in birch or apple tree carbon with a milk and egg white suspension. The process, which is under strict state supervision, follows the original methods, but uses the most modern technology. 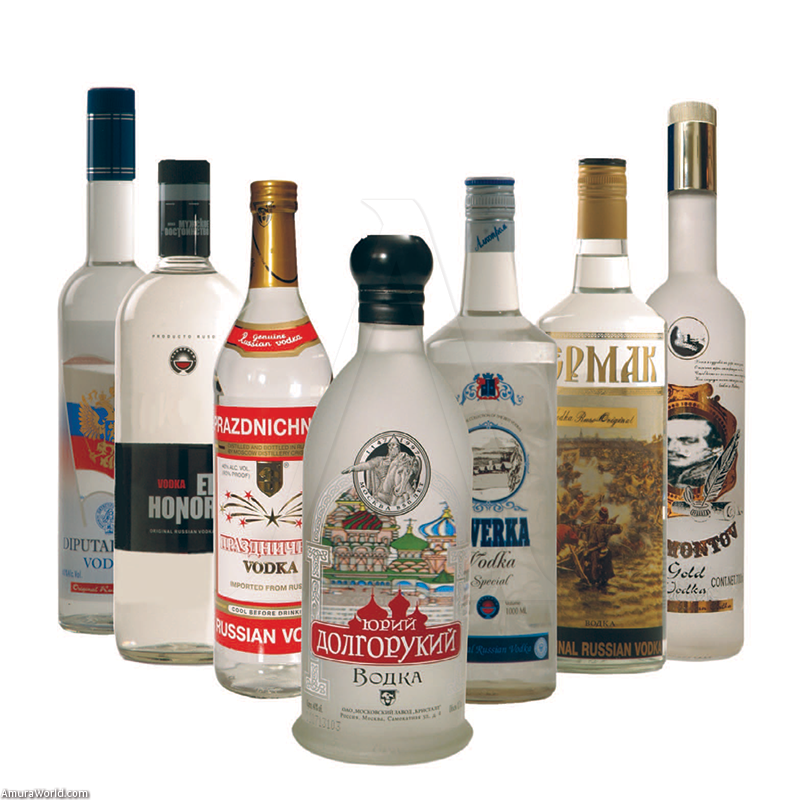 Pride of the Russian Federation

The following brands, manufactured in the Russian Federation, have won top international prizes as the world’s best vodkas thanks to their high quality. Previously, these products did not participate in events and competitions because they were held in the USA.

• Severka. Golden wheat and pure water from Siberian rivers, with an elegant touch of aniseed.

• The Honor. Generous drink which, with its touch of ginseng, is a source of energy, vitality and endless good humor.

• Diputadskaya. Everyone’s favorite, selected by the elite, an authentic delicacy.

• Lermontov. Unique vodka with a soft, pleasant flavor that inspires optimism and happiness.

• Prazdnichnaya. For authentic gourmands, with a slight touch of syrup.