The foundation of the historic tradition

The Homo of Valencia

Marco de la Rasilla, professor and Prehistory Researcher with the University of Oviedo, refers that based on the remains left by the Homo neanderthalensis in Europe, it is believed that the Neanderthal appeared in this region about 230,000 years and disappeared about 35,000 years ago.

In the Cova del Bolmor, and archeological site located 2 km southeast of Tavernes de la Valldigna, in the Valencian Community, the oldest remains of Neanderthal were found, dated in the Lower Paleolithic; they include tools and bones of prey that were dated 350,000 BC. Even though they are not proper human fossils, they are closely associated to the activities of the pre-Neanderthal hominids.

These evidences are the remains of the first human settlements that contributed to the population of Europe, with the main migrations happening through the Mediterranean Coastline. 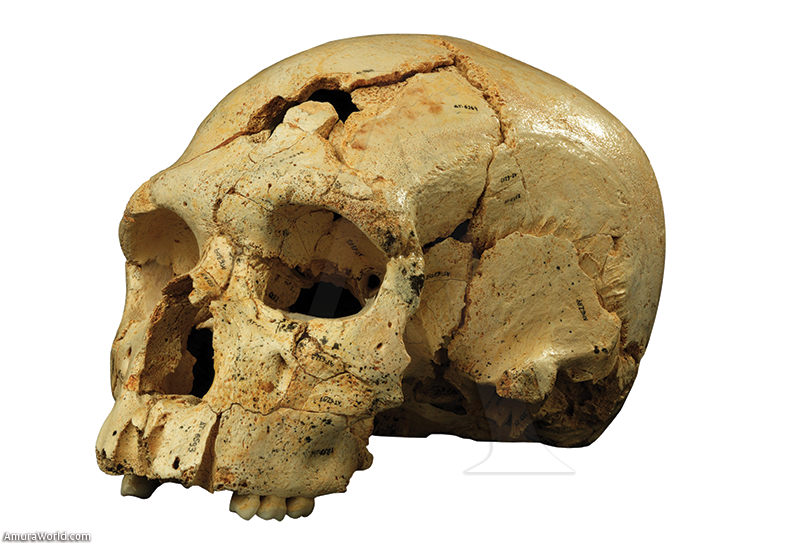 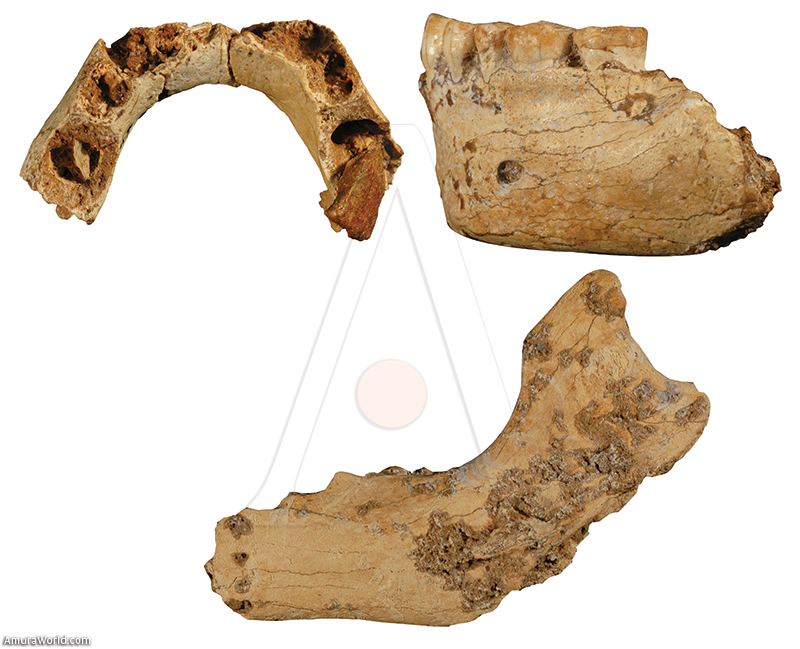 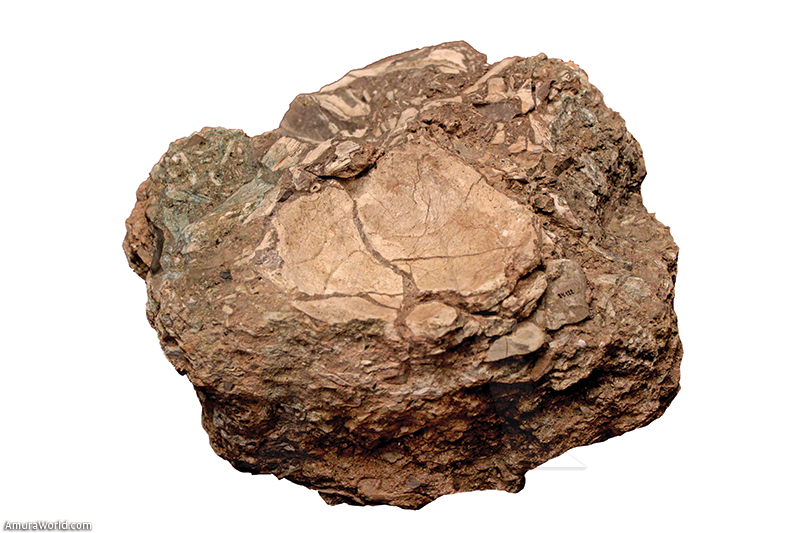 In 1917, the Valencian archaeologist Juan José Senent Ibáñez, discovers a set of cave paintings in Morella la Vella, which has been turned into a cultural park today, which would lately be studied by the Geologist, paleontologist and archaeologist Eduardo Hernández Pacheco, letting it be known that these manifestations belong to the so called Levantine Cycle. The remains of settlements with cave art such as the High Gallery of the Masía, the Gallery of the Roure, the Covacha of the Barranquet and the Viña are part of the cultural inheritance of pre-historic settlements, which form part of the Declaration of World Heritage of the Cave art of the Mediterranean Arch, created by the UNESCO in 1998.

These 4 settlements, of which 2 were discovered in the 70’s and 80’s, are part of one of the most dense and important areas of the Levantine, in all the Mediterranean Basin of the Iberian Peninsula.

The Renaissance meant for Valencia the organization of new productive and commercial activities and the resurgence of others like the production of paper, silk, leather, pottery, glass, goldsmithing and naval construction; all those production processes strongly influenced the urban architecture and the spatial organization of Valencia.  Alongside with these the infrastructure of ports, of communications and of transportation, so characteristic of the cities located in the Mediterranean corridor that was looking forward to uniting the sea and the inland, would come. Today, new communication and transportation lines for both, people and cargo, are being built, to be more efficient and have bigger capacity so as to link the region with the world.

The city of Valencia, the urban historical downtown of the province, has approximately 800,000 inhabitants. It is the capital of the Valencian Community and its political-territorial jurisdiction includes the Generalitat Valenciana and the provinces of Castellón, Alicante and Valencia. The barrios (neighborhoods) of the city developed from the industrial processes in which they specialized, such as textiles, pottery or leather. 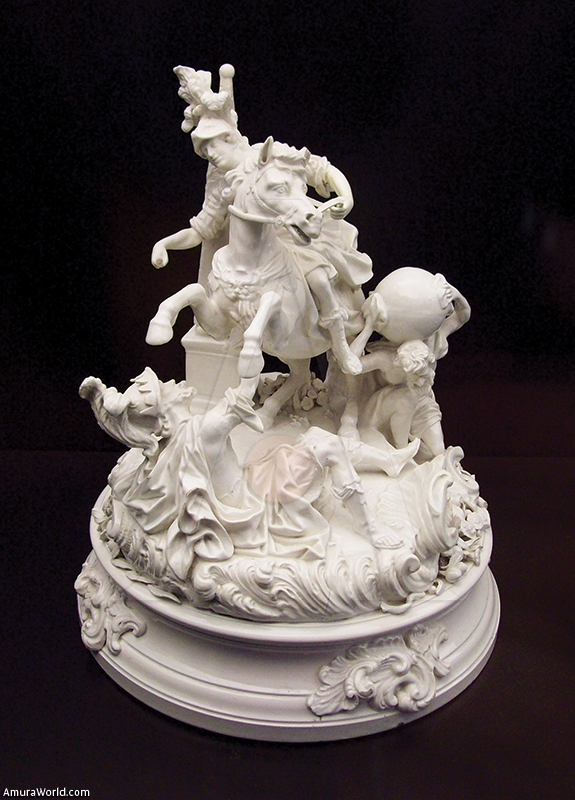 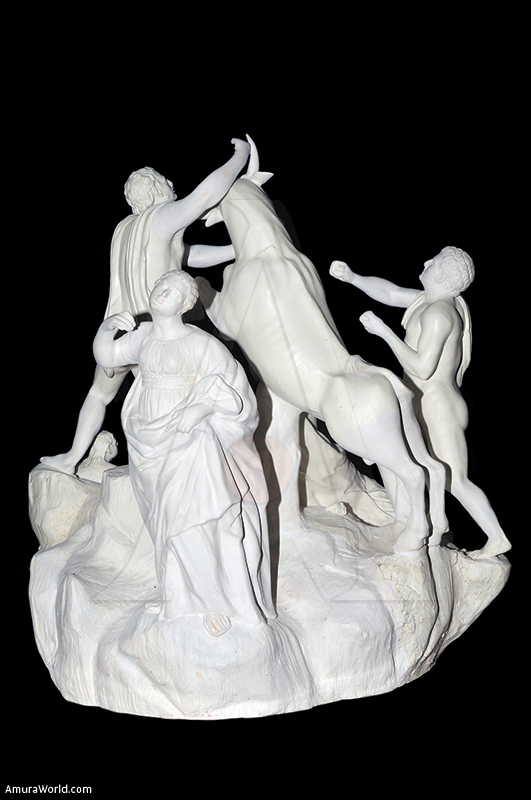 From the Royal Factory of Alcora to the Museum

The Royal Factory of Alcora was founded in 1727 by the 9th Count of Aranda to supply the requirements of the Crown. The intention was that the Factory was to produce fine pottery and quality china to substitute the imports and to implement in it a model inspired by the one that Jean-Baptiste Colbert installed in the French Royal factories founded by Louis XIV in 1667. As a first step for the foundation of the factory, the Count of Aranda established an agreement with the potters of Alcora to fix the number and center the pottery production on pitchers and pots. A magnificent collection of that era is exhibited in the Palace of the Marquis of Dos Aguas, built in the XV century. The second floor is dedicated to the ceramics and all is rounded off by a classic Valencian kitchen.

It is also possible to find pieces of aesthetic value like the full wash-basin sink mounted in its piece of furniture and three pieces of the dinner service set that belonged to the Beltrani –Italian of Spanish origins- which uniqueness is each having the signature of three of the best painters in the factory. The various objects cover five different styles: the bérain, of French origin which is used at the beginning of the production at l’Alcora; the Chinese styles, frequent in the European arts of the XVII century; the rocallas, common from 1740 on; the so called Álvaro style and pieces of tender china of more neoclassic style. 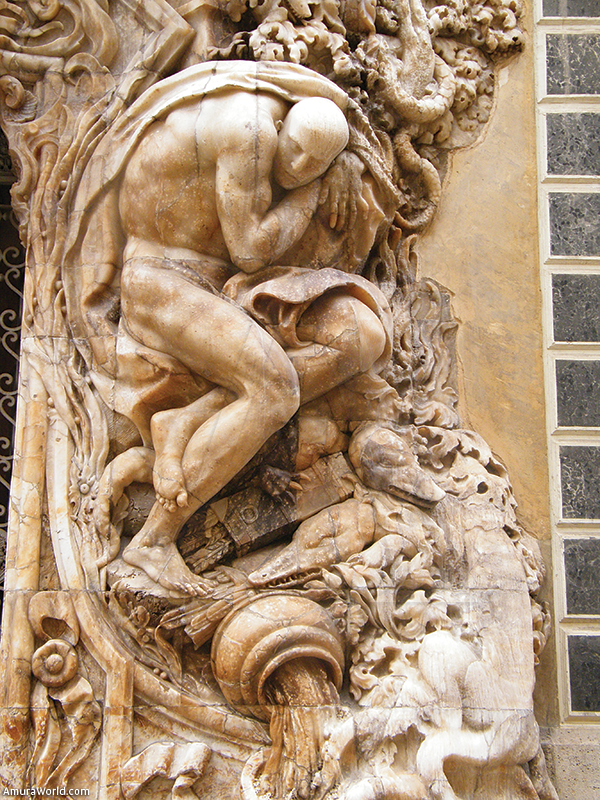 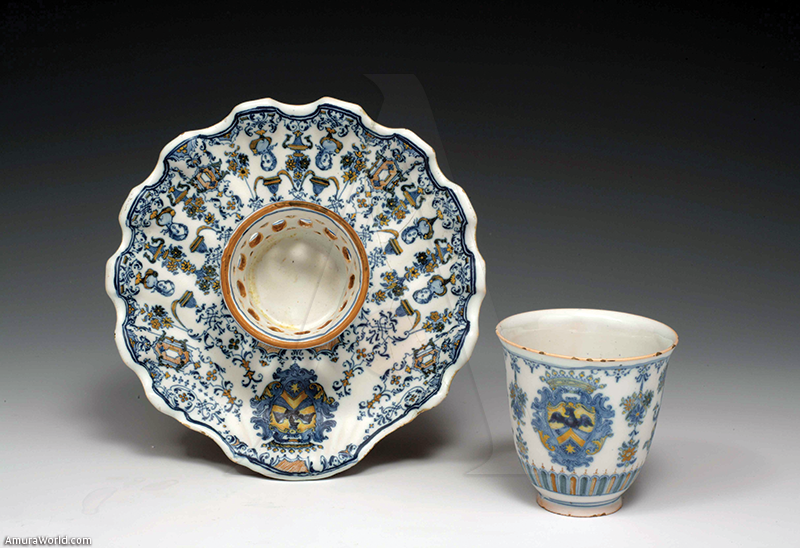 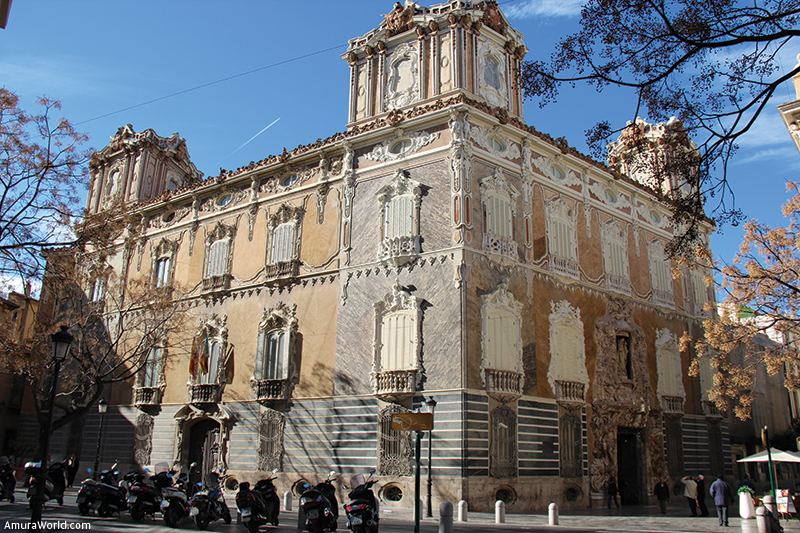 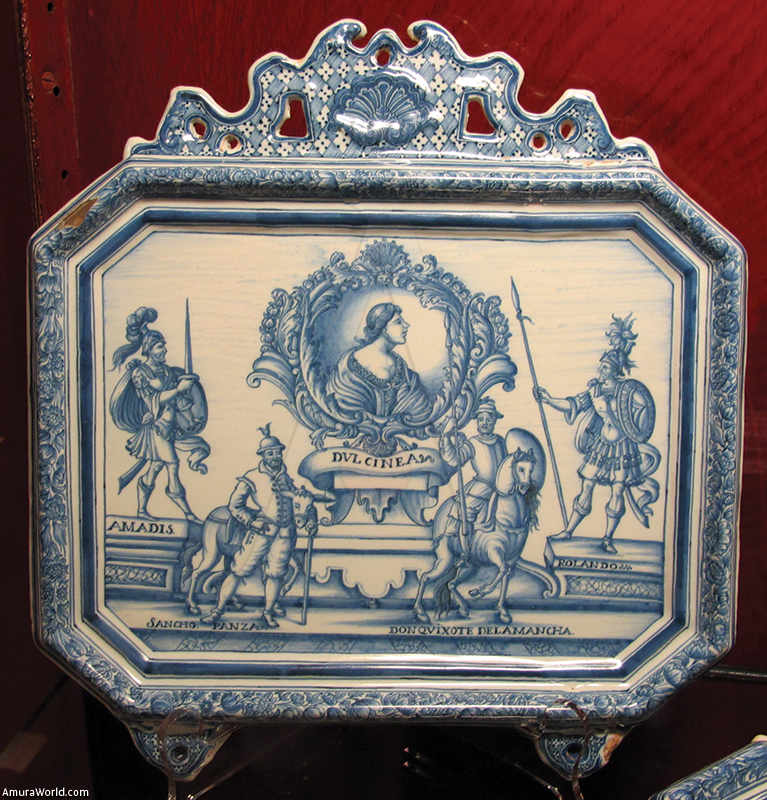 Cupolas in the Valencian Architecture

From the architectonic point of view, in Valencia not only the constructions are outstanding, but also the cupolas of lots of them, of various proportions and styles.

Rafaél Soler Verdú, in his study called Minutes of the First National Congress on the History of Construction, indicates that with the construction of the cupola of Corpus Christi a new model was implanted in Valencia, which implies an important renovation. Even though it presents formal variations, it maintains a constant homogeneity throughout the group of cupolas studied. Even in cases such as the Chapel of the Virgin, of elliptical base and directrix.

Today, Valencia has 43 cupolas, mainly of three kinds: of ample dimensions, with facing of glazed blue tile of Arab influence; small and independent (that can be closures for chapels), also in blue color, and those that conform towers-bell towers, generally added after the original construction of the building.

An outstanding example is that of the Pious Schools (Classic Baroque of XVIII century): a semispherical cupola with 20 paired ribs in its internal arch. It has 24.5 mt in diameter, 40 in height and is the largest in Valencia. In the outside, the cupola and its lantern show blue tile with White ribs; which, based on the characteristics of the technique and the materials, correspond to the permanence of the common traits, giving continuity to the same constructive architectonic culture that Soler Verdú refers to. 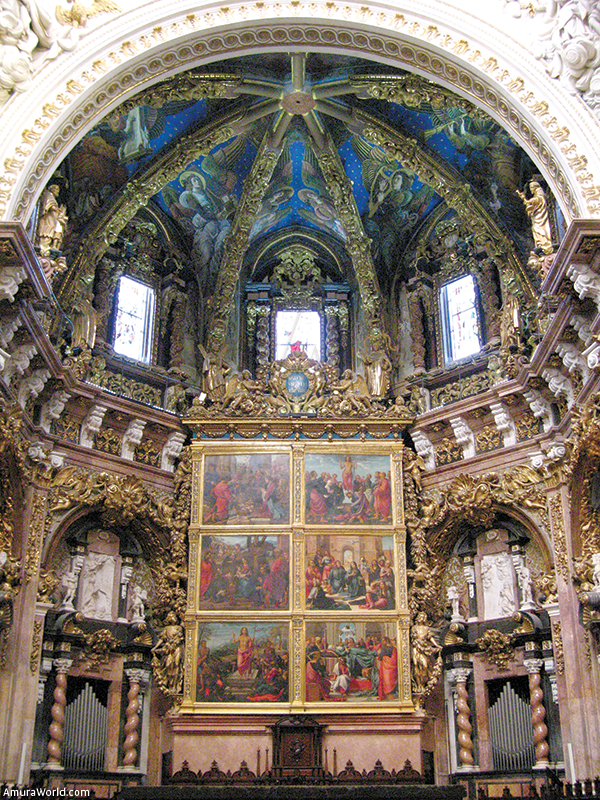 Other cupolas worth admiring are those of the Central Market, built in 1914, following a modern proposal. Totally restored in 2003, it shows iron, glass and ceramic cupolas; the central one with 30 mt in height.

From the exterior its closures generate forms of great plastic and optical effect, which offers a modern urban-landscape panoramic. The one of the old San Pío V School (today the Belle arts Museum, as well as the Royal Academy of San Carlos) is a building that was reconstructed by the Generalitat Valenciana, including the cupola of what was the church (built between 1728 and 1744), which today serves as the distributor space of the Museum. In this particular case, it is a reconstruction we are talking about, since in 1925 the Ministry of War ordered it to be demolished; so, what you see today maintains the volume it had, but with substantial changes in its rising.  Also magnificent is the cupola of the Mail Office Building, all crystal with over 3,000 pieces.

Of the ample list of cupolas that can be appreciated in Valencia, it is worth our while to refer to two of the most significant: The cupola of the transept of the General Hospital of Valencia, that as mentioned by the architecture historian Joaquín Bérchez in his Arquitectura Renaixemista Valenciana, it is possibly the first cupola over tambour of the Spanish Renaissance and also one of the first experiments with the oval trace in brick structures with cupolas. Also, it could be one of the oldest architectonic, constructive, constructions preserved in the Province of Valencia, built with techniques and systems almost forgotten, and that of Corpus Christi, which, after the Escorial, is considered as one of the first cupolas to utilize a characteristic model of the Renaissance, based on Italian patterns, cupola with tambour and semispherical form transcending to the outside. The influence of the Escorial was also noted in the Communion Chapel of Carmen, as well as in the church of the Jerome Monastery of San Miguel.

And, as Tosca remembers, the construction of arches and vaults was “the most subtle and beautiful of the Architecture”. 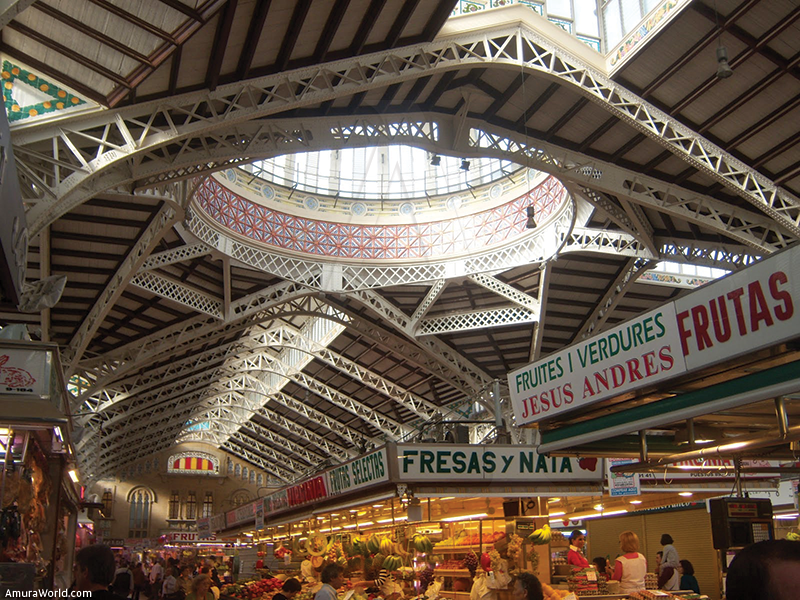 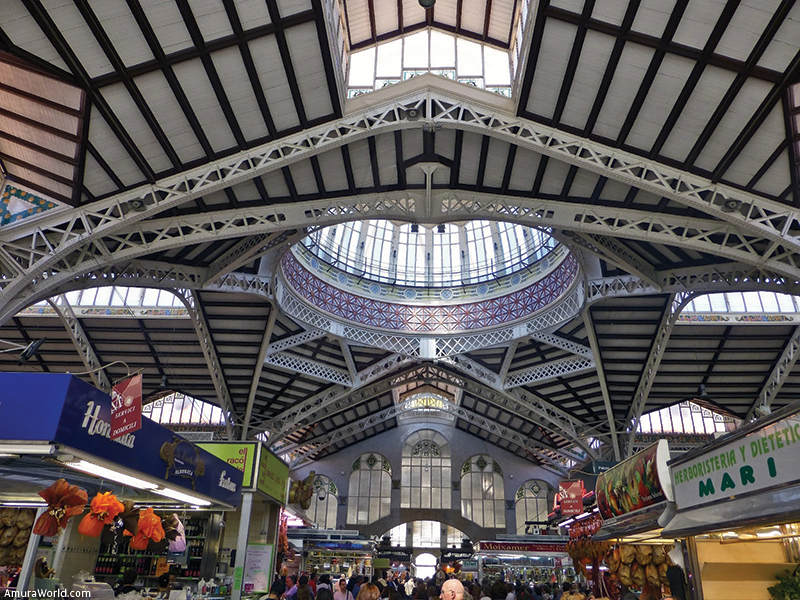 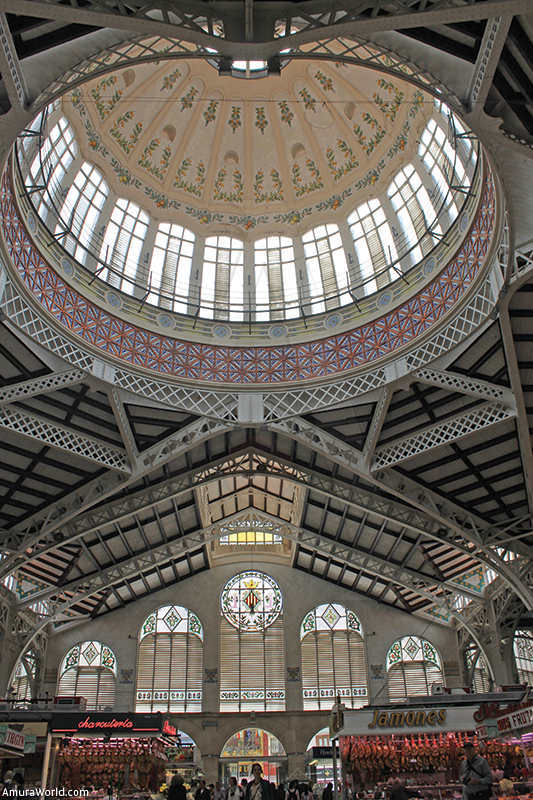