Art in the Blood

They say that each head is a different world, but when we talk about a plastic artist the proverb acquires different meanings and significants. And that is because in the mind of an aesthete cohabit a quantity of infinite worlds that create ephemeral relationships between them, to obtain as a result works that in many cases, exceed the limits imposed by the time and the space.

The case of Ricardo Amezcua Cuspinera is as complex as we described it before. Maybe for that circumstance, the destiny offers a series of experiences in which his character and geniality for the plastic could not be submitted under the conventionalisms that any society lives. 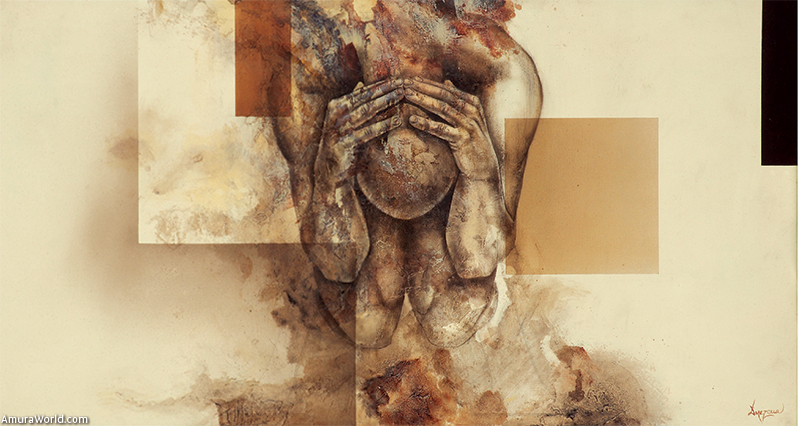 Born in Mexico City, was raised into a family where the family values took him to an academic education until he arrived to the Faculty of Architecture, moment in which his creative spirit revealed to take him far from the same canons, that detonated his incursion in the full time art.

Rejected by the artistic institutions imposed by the status quo, since he says, “it seems that when they see someone with possibility to be outstanding, they block him”, the only option to be literally outstanding was in his hands and hanging in his mind; so he dedicated entire years to perfect the innate style of his traces, the combinations of his palette of colors and the volumes emanated from the materials with which shapes his sculptural work, until his work started to show notoriety in non official circuits. 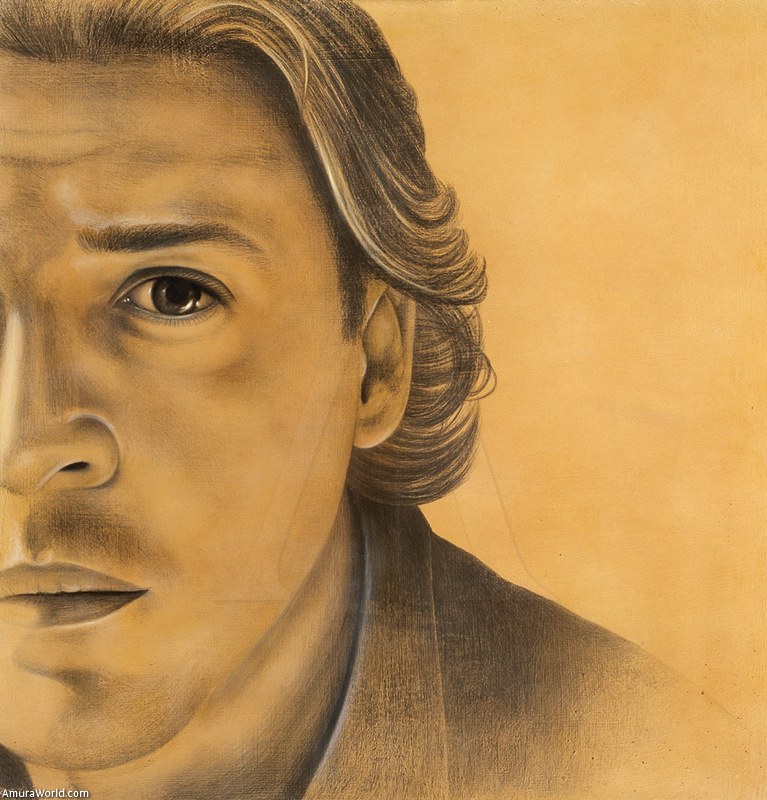 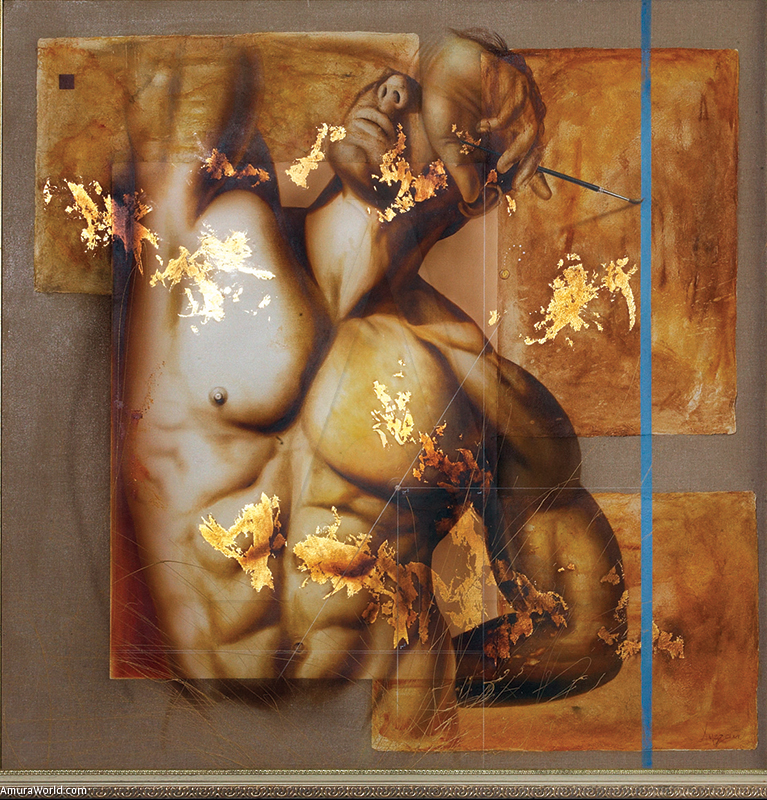 Ricardo Amezcua shows a huge worry for the human being, so much that in many of his pieces we can observe an obsession that will place his vision as anthropocentric; a vision that does not understand about turns or marginalities at the time to slide the paintbrush or modeling the masses, matter of his work.

So, the eyes of his characters wander in a world of unpaid riddles, in dreams where parallel planets are lodged in the search of the keys that lead them to decode their environment or exorcize the demons of their past, under the premise to find the light that will give them the clarity which comforts their future.

Maybe the most emblematic piece on this respect could be “Auto-portrait”, painting in which the artist is captured young and vibrant, but with a certain touch of concern in his look, while in the frowned reinforce the el denounced bright of his eyes and that in addition strengthen the attitude, the chromatic range used as his position in the painting, without forgetting the light sparkles that are hidden in the dark side of his face. 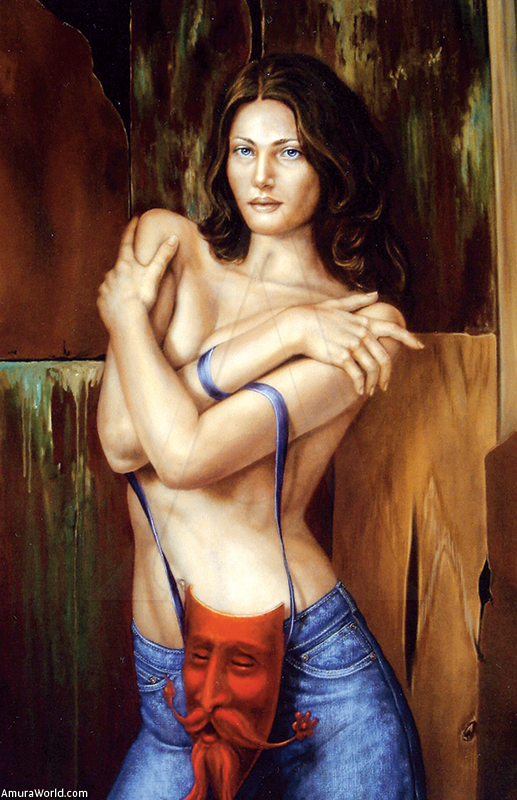 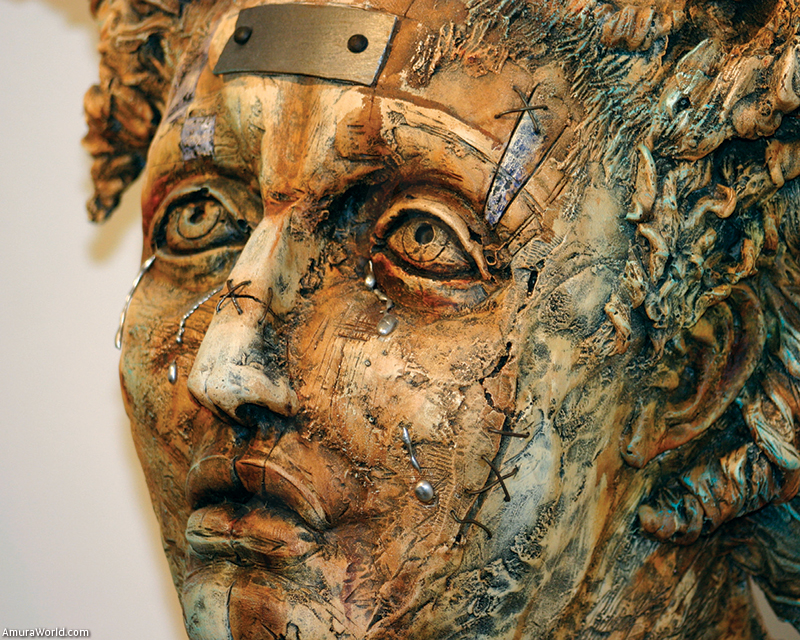 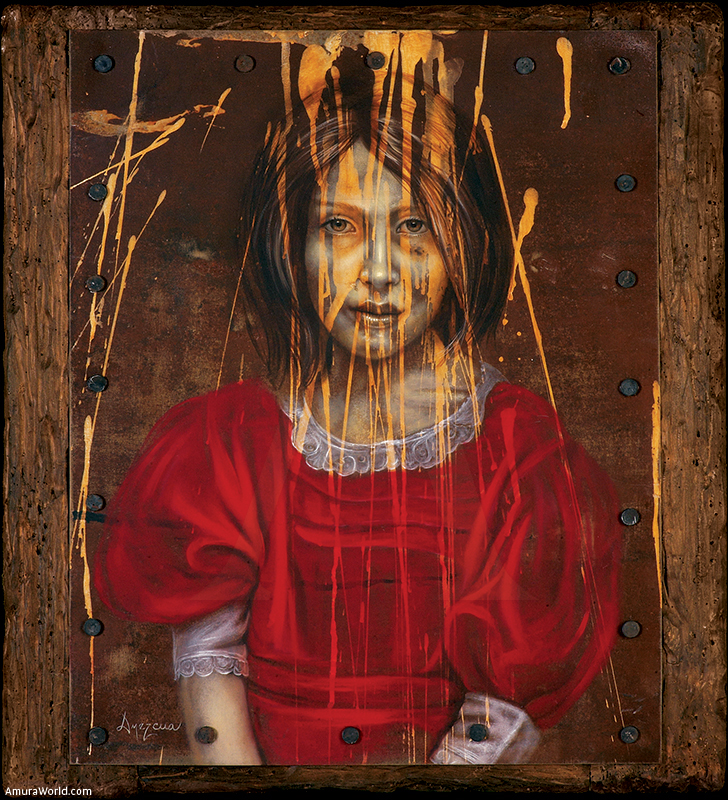 In “Trapped Innocence”, a girl looks at the face of the spectator to instill the pain of her spurious body not only for the physical abuse, but for a bleeding soul that is emulated by her clothing in scarlet shades. The backgrounds of the painting are bogged and dark, while traces of “tears” corrupt everything along the piece, to flood with expressive force then work.

In “Mexican Appearance”, Amezcua Cuspinera confronts again the observer with images that will take you to a deep introspection, either in its expressive qualities or by its heart-rending theme. The picture represents the spectrum of a young lady with a look of remoteness, on a wall rotten by the dampness, the time and the torpor. A static bicycle and raised over her waist is confused in the flats with her, which engenders an environment of solitude that without a doubt shakes the senses of those who face it, meanwhile the bicycle’s pedal goes to the end of the existence.

The beauty or the horror of each one of its characters are tangible with clarity, thanks to his realistic technique, that in the case of the painting is applied with oil painting and in the sculpture on clay or lost wax to the bronze. 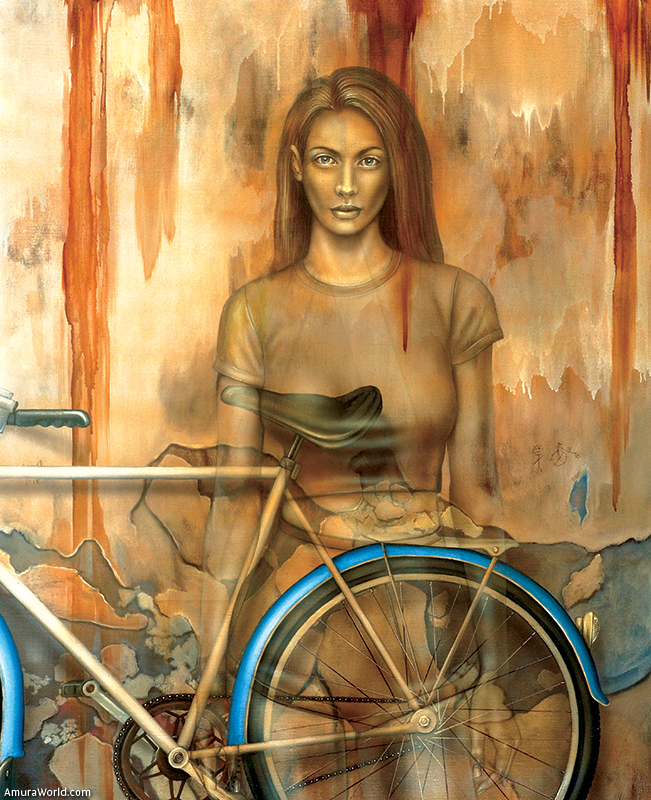