From the Deconstruction of Imagen to the Demystification of Being

And then the unimaginable was manifested with great intensity: We were around 120 people. We found ourselves on the 51st floor of the tallest skyscraper in Mexico City – in the middle of a delirious atmosphere- while nature wasn’t overflowing even with the fact of being surrounded by giraffes, hippopotamus, Bengal tigers, fishes, elephants and even sharks.

The confusion wasn’t enough to justify such brawl, fantastic ingredients have had to be added to get every thing workout. The things were smoothly. No one looked really unbalanced for having a pachyderm or a shark right next to them. These wonderful creatures were in a supernatural state, regarding the rest of the guests.

The artist who gave life to them was located at the end of the room. Dressed in black and watching carefully behind his glasses what was happening in front of him, the instant where all those “animals” where united and faced each other in such a pretentious way. 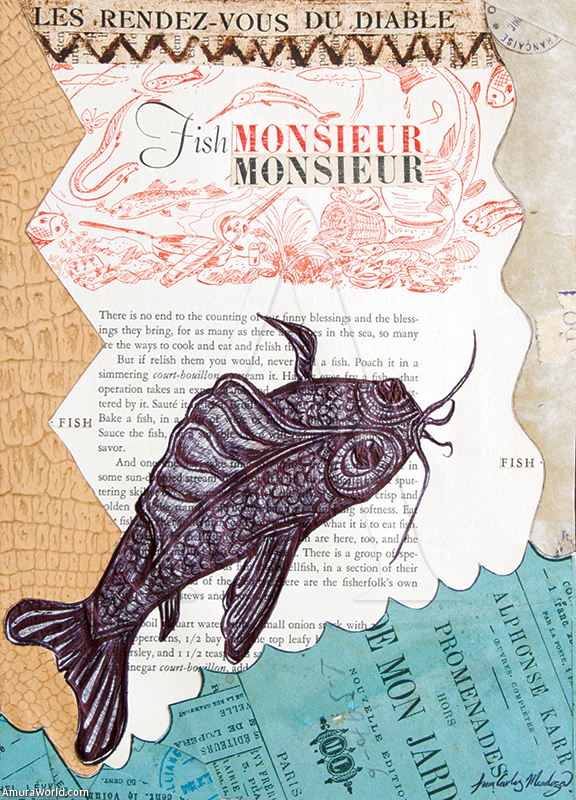 It was Juan Carlos Mendoza, the day he presented his work “Nero come l’ inferno, dolce come l’ morte e forte come l’ amore” were he showed through his zoomorphic drawings, some of the darkest vices of the human being; the same that extracted the subsequent reduction of life and death from these beings, framing them in an atmosphere of deconstructed dreams; the same that gives “power tools” to his offspring to materialize its moral an ethic preponderance in front of his spectators. He, who through his work, made a critic to nature’s submission by the hand of men. 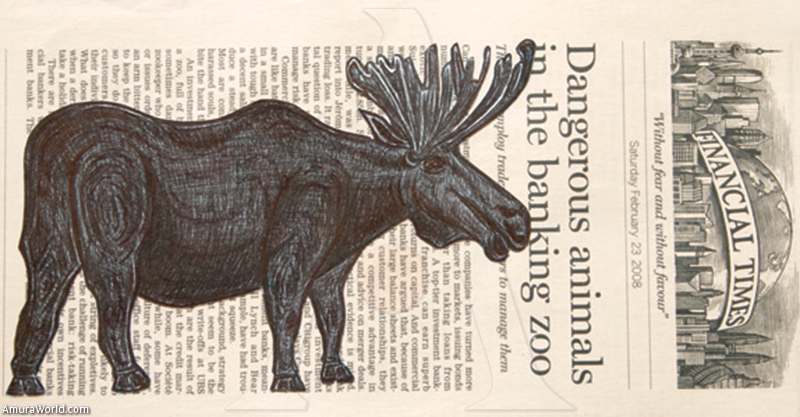 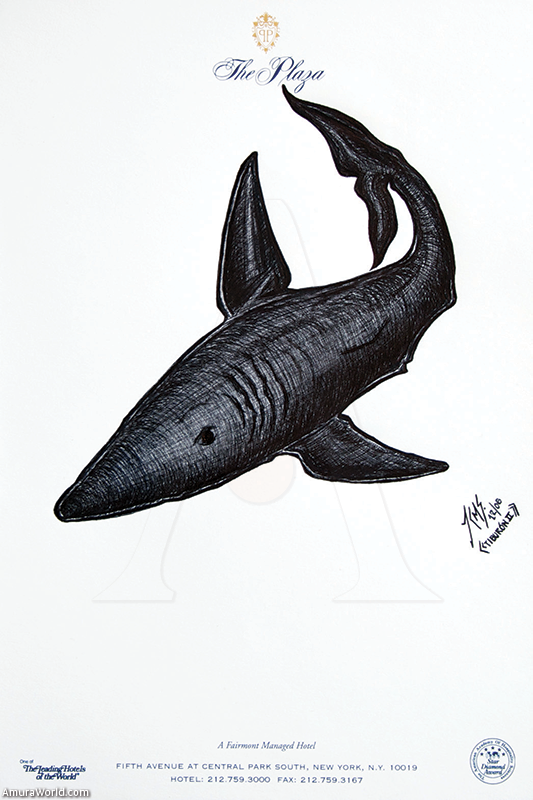 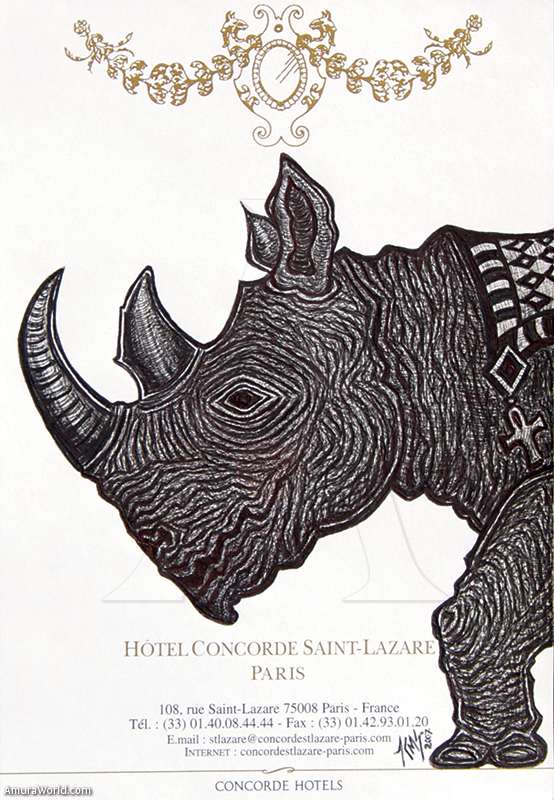 Mendoza commented that the detonation of his creative consciousness appeared during a trip to Egypt on his childhood. Then the contraposition of being and having to be, catapulted him into catharsis instant, which now puts him in a very important place in his career.

Lawyer by profession but creator by nature, he abandoned the orthodox clauses of the regulation of human behavior and the way to diminish it, in order to take a critic posture towards the same phenomenon.

The unique character of his creations can be found in the material seed of his work: For this purpose, he uses old papers of extraordinary public places like hotels or historic sites, that for some reason has disappeared already, although his work can be shaped the same way into postcards or wine boxes, without this being a random element, since it’s a part of every piece’s speech. 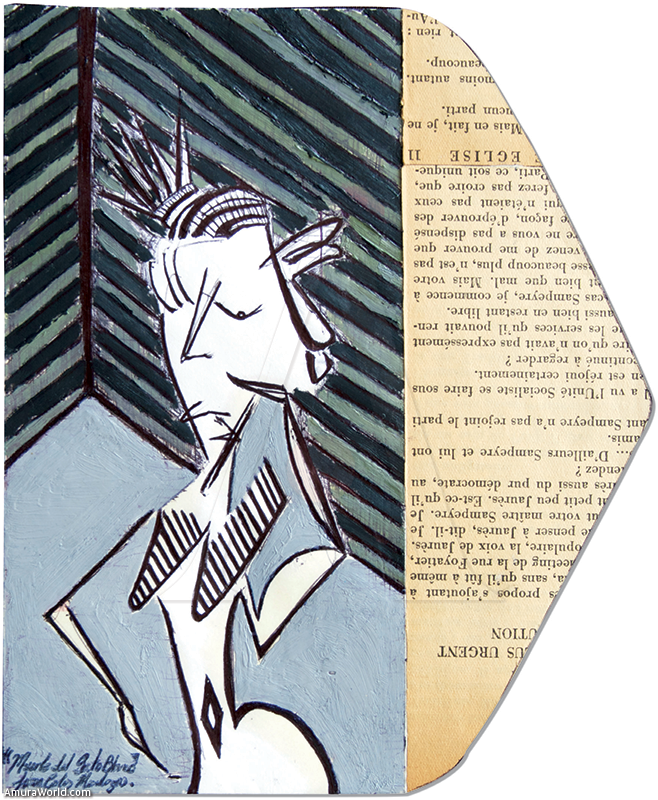 In his work Hiparco, el observador de estrellas, he presents a majestic pachyderm with a look of deep wisdom, decorated with a mantle of astrological symbols and a hat with the Egyptian cross, meaning, The Cross of Life as a symbol of eternity.

Les rendez-vous du diable is a piece where a fish is placed on top of a first edition cook book recipe from the 50’s. On top a banner says Les Rendevous du Diable, the premise on which the author fantasizes about the construction of a certain mood, and the fish above all, struggles for survival and not ending on some stranger’s palate.

Maybe the latest work on which Juan Carlos Mendoza has centered, is not the first attempt to relieve the collective ideal of the tragedy of September 11, 2001 in New York; although, it is possible that it is the first one attempting to exorcise  the memories of all of us who lived it, never talking about it. 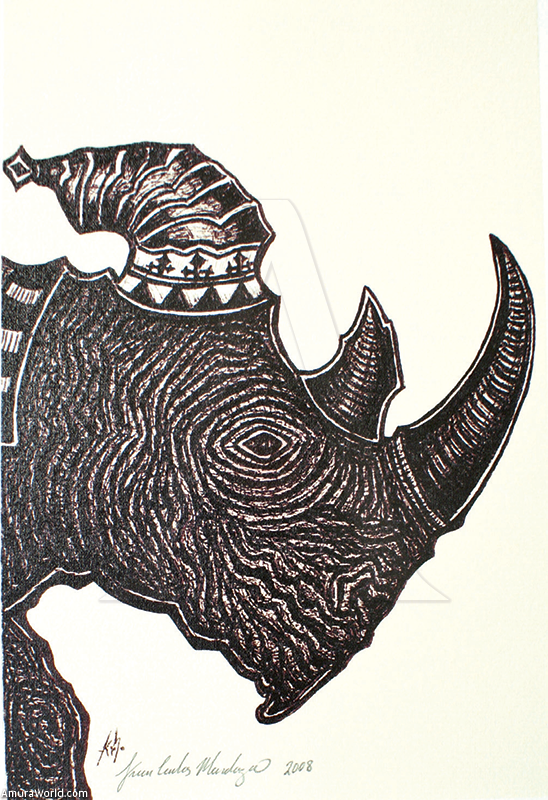 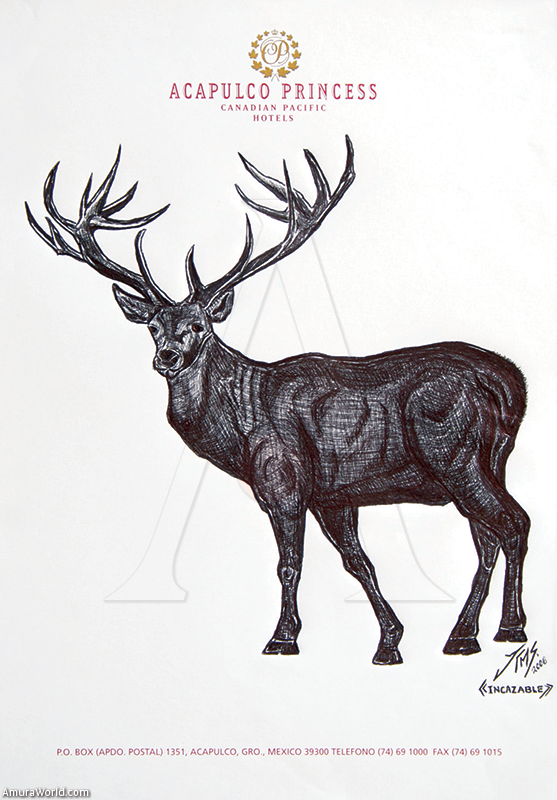 This exercise that may be presented next September at the big apple will include 11 original paintings of zoomorphic characteristics, created with old paperwork related to the extinct skyscrapers. This homage will be directed for the people and those parallelisms that trace similarities with beings from other realms, with a very respectful treatment of the events and will not be related to the economic or geopolitical consequences that atomized the world after this unfortunate date.

This way, the glance and pulse of Juan Carlos Mendoza will commit us once again in his fantastic world, a world ruled by delusional parameters, to de-context reality and de-mystify what’s established. 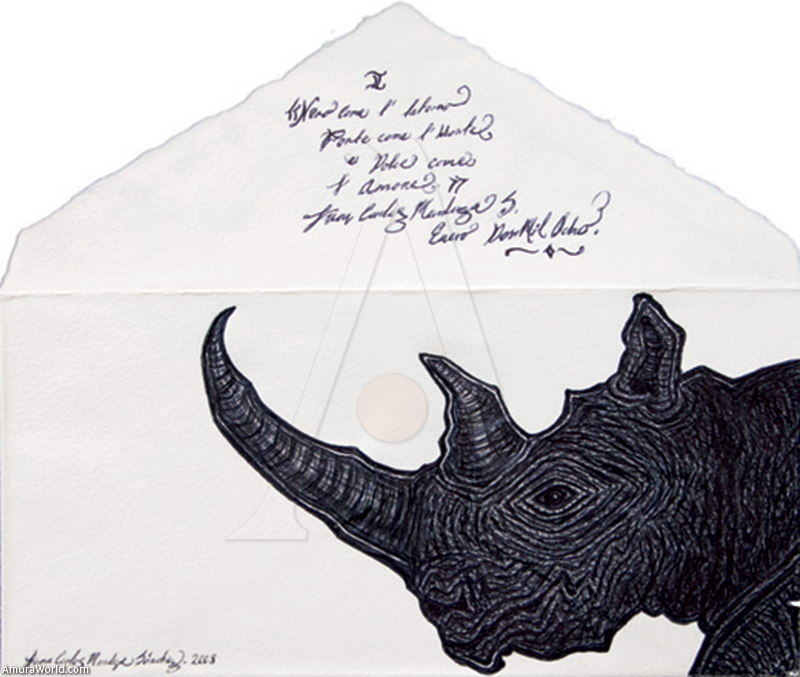