The Double Play or the Perception

The exhibition Take your time: Olafur Eliasson, which is actually presented in the San Francisco Museum of Modern Art (SFMOMA) and will last until February of 2008. compels a great spectrum of the projects realized by the artist since 1993. This retrospective, of halfway through the artistic trajectory, will be pre- senting subsequently in: the Museum of Modern Art, Nueva York; Dallas Museum of Art; Museum of Contemporary Art, Sydney. Australia.

Berkeley said: to be is being perceived. The problem of the perception happens double because perceiving the world implies being per- ceived by it. ¿Have you sensed, the look of the things? It seems the things are there. 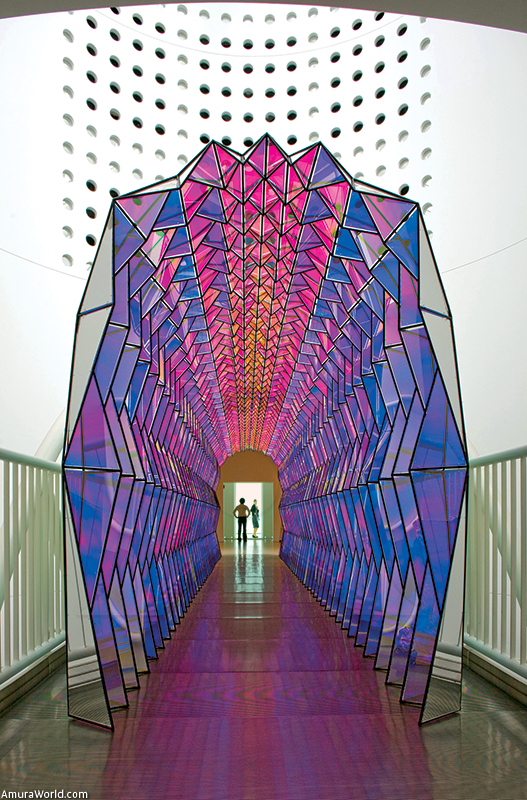 Motionless. A chair, a door knob. They simply are. To our dispo- sition. But at some point in the journey, results the objects world, deceitfully disposes of us; just like us. pretended to dispose of them. And the door knob is not just there, but it is waiting for me. Between the door knob and my body, there is a common understanding: a sense interweave. It is about a understanding that goes beyond the rational limits, of the intentional corporeity that precedes them; as the phenomenology enunciates it The contemporary artists, generally seizes of this mixture, of this twilight zone between the limits of the subject and the object, but in term of knowledge and perception The white cube. pure, stony, from the gallery and the museum, becomes an experimental laboratory, critical and alterna- tive; where the work, to become, sacrifices the immobility that conformed it as a whole object and compromises its partiality with the subject that experiments it. The work -that is. the artistic object- looses the immutability that turned it into an obedient object of contemplation disposed to the contact of the glance of a subject. The contem- porary art each time requires more of an active spectator, a subject that activates the artistic experience. In detriment of the objectivity, gains ground in the personal and artistic experience. The perception of the spectator turns to the operator of the piece, is a fundamental part of it.

These are the coordinates under which the work of Olafur Eliasson is set forth (Copenhagen. Denmark. 1967). Explores the subjective experience of our per- ceptions -culturally mediatized- in the presence of some primary natural phenomenons: the water, the light, the heat Causing an effect among mysterious and sublime, mainly, putting at work, our body. The work, adds something to us. It adds up our corporeity, the conscience of being. It compels to attend, through all of our senses-either the smell, the sight the touch- to artificial recreations of the sensible experience of the nature. The breeze, the mist the slush, the mildew, the sound of the water, the smell of the dampness... primary elements acquired of the Icelandic landscape is transported to the museum. 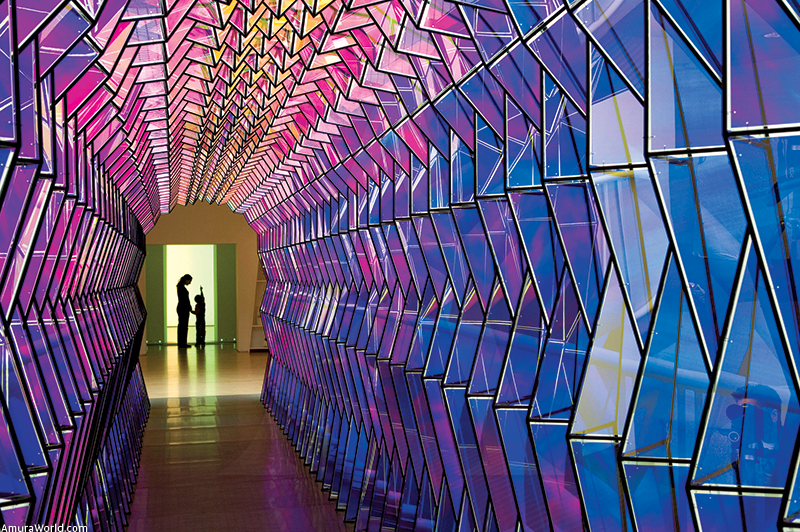 Since the beginning of the tour, we realize what is waiting for us. Room foronecolor(1997) watches the perceptual experiment in which we will be put under, from here on. The white lounge of the museum is bathed by an intense yellow light Entering the next room, the subsequent compensatory image that neu- rologically develops our retina, is of an intense violet Even though the walls in the museum, still remain white. These games of the vision obey to the artistic bet of Olafur Eliasson. The esthetic process of the per- ception. comes about double. Emerges from the body’s interaction in the space and solicits of both to realize. In Notion motion (2005), our mobility is com- promised. The piece consists in a dark room with hurt of wood in the floor and a screen where undulatory water movements are projected. While stepping over the planks on the floor which is slightly lifted, the spectator activates a mechanism that transforms the projected image, operating changes in the undulato- ry frequency of the water. As it is characteristic in the work of Olafur Eliasson. the mechanism of this arti- fice is exposed in the next room. There is not a tricked intention of trompel'oeil like the wizard that hides the artifice under the sleeve. Bu the truth is, even though the mechanism is revealed, the captivating effect of the illusion remains. Such is the case of Beauty (1993). In a black room, a very fine drizzle veil comes from a bored pipe in the ceiling. When illumi- nated by a projector a curtain of breeze is formed. From certain perspective, the spectator may perceive the spectrum of the rainbow. What remains after experimenting his work is a kind of flavor in the body that impels us to feeL The situations that Olafur Eliasson designs, are made for perceiving us per- ceiving. feeling us feeling, looking us looking. The permeable matter of the skin, the porosity of the senses, the excitability of the intuition they shake off the dream and get ready to work to complete the artistic project We said it with Berkeley... perceive is being perceived. 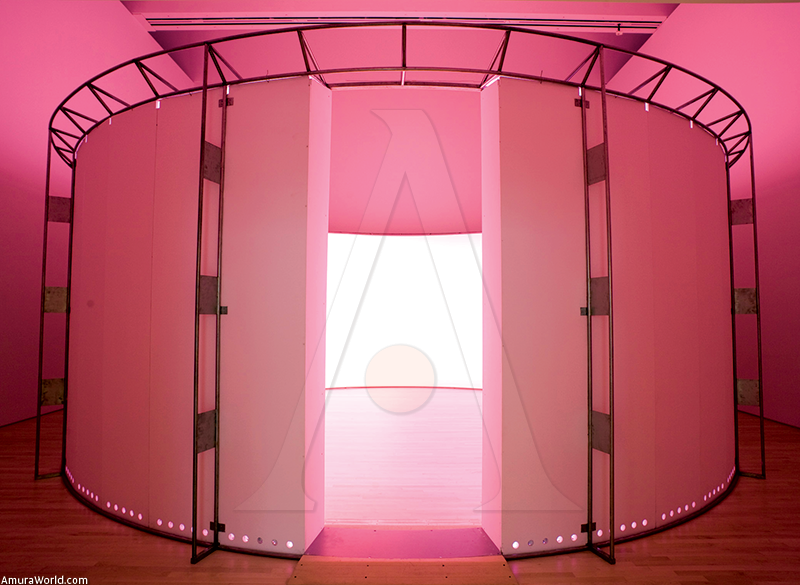 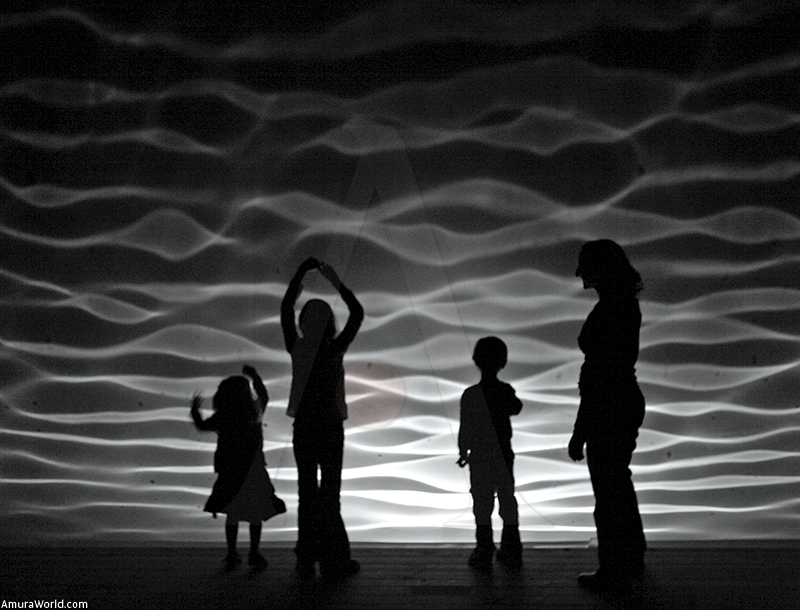