A legendary female figure, as could have been the saint and military heroine Joan of Arc in France and well as the personality that seems to emerge from literary fiction, like that young woman from “Las Dos Doncellas” of Cervantes, disguised as a knight. Maria Quitéria de Jesús (1792-1853) was named patron of the Brazilian Army in 1953- One hundred years after her death, by official demand; the Brazilian government hung on the wall the portrait of this woman in the military headquarters for national honor. Daughter of peasants, a great metaphor, and heroine emerged from the ground which frees her own land like a mythological Greek goddess.

María is considered a conqueror of the Independence of Brazil. Her infancy happens in the region of   Cachoeira (Bahia).She was the offspring of wealthy land lord in Feira de Santana, losing her mother at the early age of ten, an absence that began to hatch in a precocious matter the loving and decisive character of this lonely child, women among men. Without any studies or academic formation, the relative commodity of her life in the family’s hacienda allowed her to practice hunting, horseback riding and even weapon handling while attending with easy small chores, negotiating sometimes these domestic obligations.

After the death of her mother, Gonçalo Alves de Almeida, her father, married in two occasions: with Eugenia Maria dos Santos and Rosa Maria de Brito, respectively. Certain tensions seem to upraise in the family atmosphere, where Quitéira distances from both stepmothers alike, incapable of controlling the energy and ease of this spoiled child that enjoys a plain joie de vivre in nature. As the archetype of “Huntress Diana”, skilful woman and amazing rider, her life occurred free through the sugar plantations and the vast prairies of Feira. A free spirit was being forged, which broke costumes and dominant conventions that society at the moment imposed women. 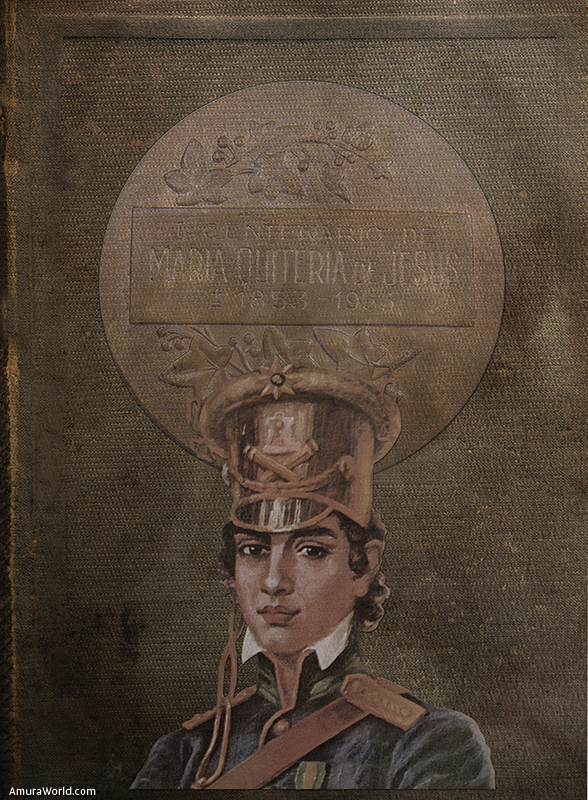 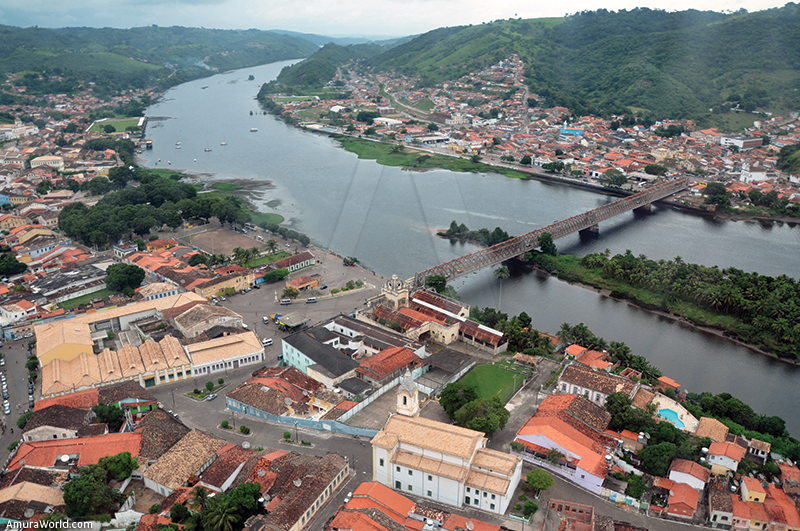 She couldn’t read, but was decidedly indomitable. This uncontrolled personal impulse which at the same time was whimsical toward freedom exceeds the intimate plane when she dismisses the idea of matrimony to join the rows of the army to fight Portugal.  A generous esprit de corps seems to transcend and nest in the search of a new nation. Maria’s personality doesn’t stand out for being a woman who defends political programs or encourages revolutionary ideas regarding the Estate, but for the obstinate freedom from the chains of subjugative external powers. Prince Pedro of Braganza, defense of the independency of Brazil, would create a company throughout the province of Bahia to add support against the Portuguese resistance, sending emissaries Feira de Santana. At her own will, Maria Quitéria solicited to her father the entry to the troops of the Brazilian army in   1822, in midst of the enlisting. At the paternal negative, Maria ran away. Here is where her pseudonym would be born, the legend of the “Soldado Medeiros”. After cutting her hair and dress in masculine cloths, her renovated man image helped her get into the army without any suspicions.

Excellent were the military gifts and qualities of an unrecognizable “woman”, outstanding soldier by its skills, courage and bravery. Despite the discovery of the ruse by her father, she would not abandon the Prince’s Volunteer Battalion, also known as “the periquitos battalion”. The possible sexual prejudice didn’t change the course of history in this occasion. Major Silva y Castro, without having present the dominant moral, defended Maria´s presence. White pants and blue dress coat with green neck and wrists. The distinctive artillery regiment uniform, María Quitéira added a small appliqué skirt with certain Scotch resemblance. Much later in a unlikly artistic recreation, Domenico Failutti reproduced the great figure of “Soldado Medeiros” in a popular portrait of the year 1920. 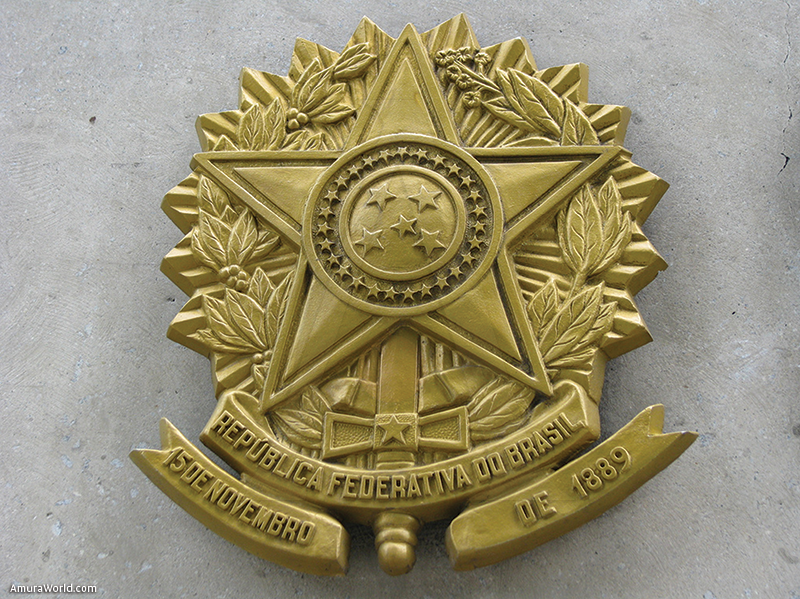 Quitéria is a symbol for resistance in Brazil against the Portuguese domination. She was always characterized by her bravery, her insolence in battle and her heroism.  The XIX century is the time of the revolutions, the creation of great Modern Estates. That ideology is originally natured of an irrefutable component, irrational and emotive that incarnate perfectly the feminine feeling. Since October 1822 until June 1823, in the heat of the combat, María Quitéira, as a skilful guerrilla participates in assaults and ambushes to the Portuguese soldiers in the province of Bahia: in which she would launch herself to the trenches, catching prisoners by luring them into the camp, crossing fords and rivers with her bayonet at lance rest…She fought in the mouth of Paraguassu river and participated in the battles at Concepción, Itapúa y Pituba. With the end of the warlike campaign, she was promoted to cadet on July of 1823. She later was received in Rio de Janeiro the 20 of August of 1823 by Emperor Pedro I, who grants her the well deserved and un-herd of lieutenant rank. For the first time, a soldier was co decorated at the hands of the Emperor as “Knight of the Imperial Order of the Star of the South “.And that would be a woman.

The Provincial Bahia Government, once she was co decorated as lieutenant, conceited her right to bear a sword. María Quitéria de Jesús, first warrior of Brazil, defying the enemy with her stamped skirt and long crest helmet. Her untamable character was loyal and noble.  She took a letter of the emperor to her father, asking him to forgive his daughter for the disobedience. Going back home, in a voyage which she describes as a return to her roots and the reconciliation with her father.  Late in life, she would marry Gabriel Pereira de Brito, with whom she would have a daughter.  Upon widowing and reclaiming her father’s inheritance she moved to Bahia Do Salvador with her girl, passing away in that place by the time she reached 61 years of age in complete anonymity, almost blind. 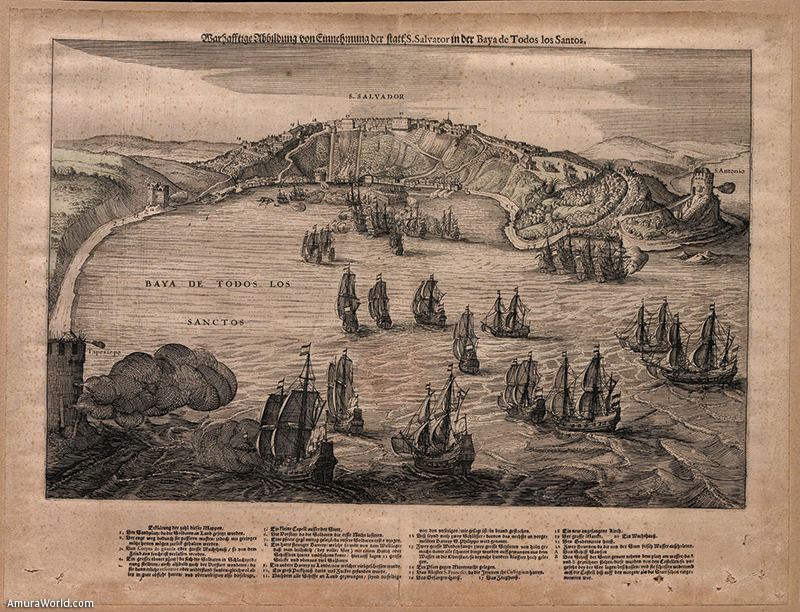 From the perspective of colonization and conquer in America, we could ironically say that Brazil has been the only country discovered twice in history. Spain assures the expedition of Yáñez Pinzón, when he set foot on this land the 26 of January of 1500. Portugal, on the other hand, points out that Pedro Alvares Cabral discovered this land the 22 of April of that same year. The Tratado de Tordesillas (1494) will make the base between the Spaniard and Portuguese Crowns, with the fixation of new limits in the New World, avoiding wars and harsh conflicts of un even interests. Several disputes with other European nations for the conquest of the litoral raised (the Franch and the English).

A place of outstanding native population, Bahia always was the preferred zone for the Portuguese conquistadors upon their arrival at the beginning of the century. XVI. Bahía is Paraguazú River, the search for gold in the river of Cuentas and the cultivation of sugar cane. This element is the capital to comprehend the historical paradox of which we are all witness.   The sugar cane was a symbol of colonial process of Portugal. Reproducing the system, in some of the islands of the Atlantic, the Portuguese Crown introduces new extensive crops of sugar cane as an element in the economic development that figured with the social cohesion, generating jobs and servitude. A system of colonization with slavery that enjoyed of certain success, which roots and prosperity allowed in 1548 the creation of the first General Government in Bahia Do Salvador, in this place, María Quitéira would be born, daughter of a land lord, freeing heroine of a nation in sifts.