A journey around the world

The sculpture of Jesús Peraza

I have decided to title these lines Upstream, using the same as the Isaiah Berlin´s book title, for two basic motives: firstly, because like him, when confronted to the pieces of the sculptor Jesús Peraza I could not help but do the most terrible thing, I had to think out. Doing it was an open invitation to visit his field –that structured system of production of forces and relations-- and join the every time longer line of people who have enjoyed the contact with his pieces. And secondly, because being dedicated to Art, in this case, sculpture and painting in a –culturally speaking-- so barren land as Yucatán is, it is practically an equivalent. 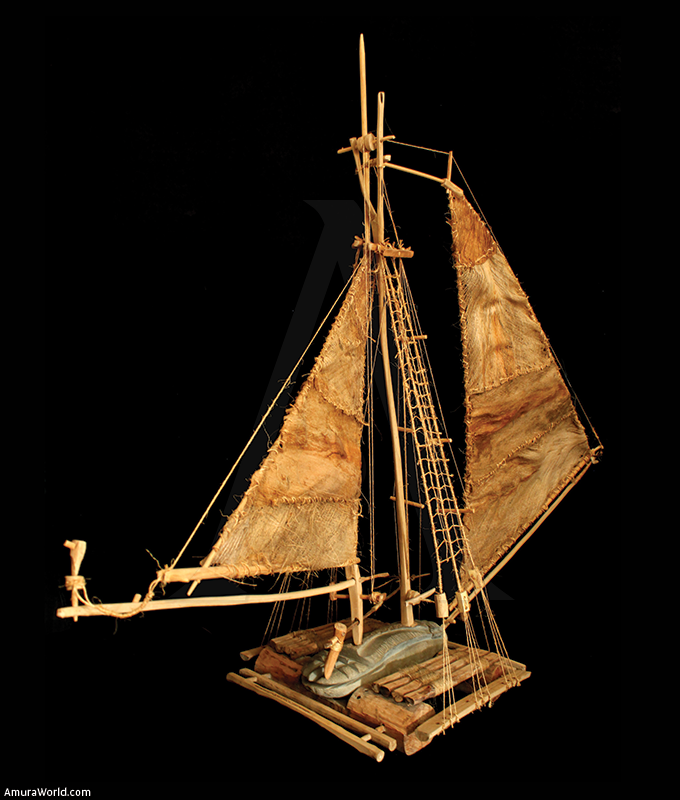 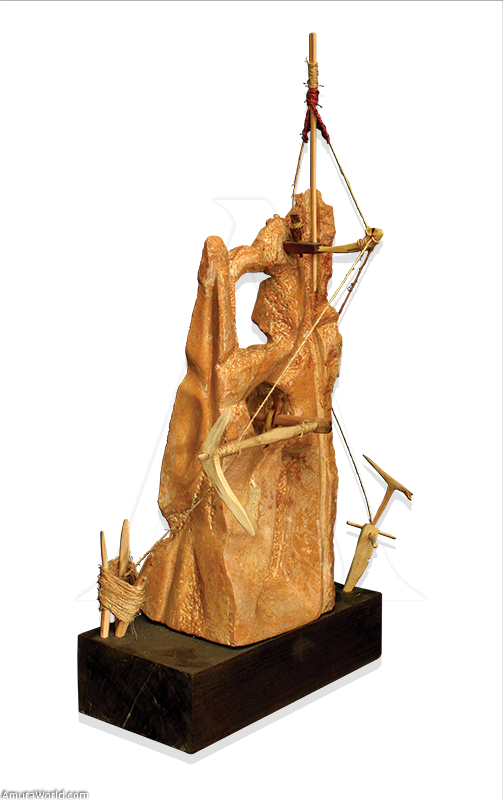 To encounter Jesús Peraza’s works is to initiate a journey around the world, without apparent coordinates: to detach from a space to inhabit another in fractions of seconds, without this provoking any heart beat disturbances; to be unhurried, for one wants to assimilate the ever deconstructed millimeter. As McLuhan says, “Each form or transport not only carries, but translates and transforms the sender, the receiver and the message” (Understanding Media: The Extensions of Man, Marshall McLuhan, Spanish version, 2009, p. 107).

His entertaining chat works more as an accompanying than a guide, through all of his modulations and indications that I encounter, with a whole history of art, from the archaic to the contemporary, and that is, following the thinking of Giorgio Agambien, “there is a secret affinity between the archaic and the modern, not so much because the archaic forms seem to exercise a particular charm on the present, but rather because the key to the modern is hidden in the immemorial and the prehistoric. Thus the ancient world in its decline turns to the primordial so as to rediscover itself. The avant-garde, which has lost itself over time” (What is the contemporary? Giorgio Agamben, 2008, p. 6). In this sense, one may say that the way to access the present of the forms reached by Jesús Peraza, have, necessarily, an archeology. Nevertheless, one may call himself a contemporary if he does not allow to be blinded by the lights of the century and attains to glance in them the part of the shadow, his inner darkness. 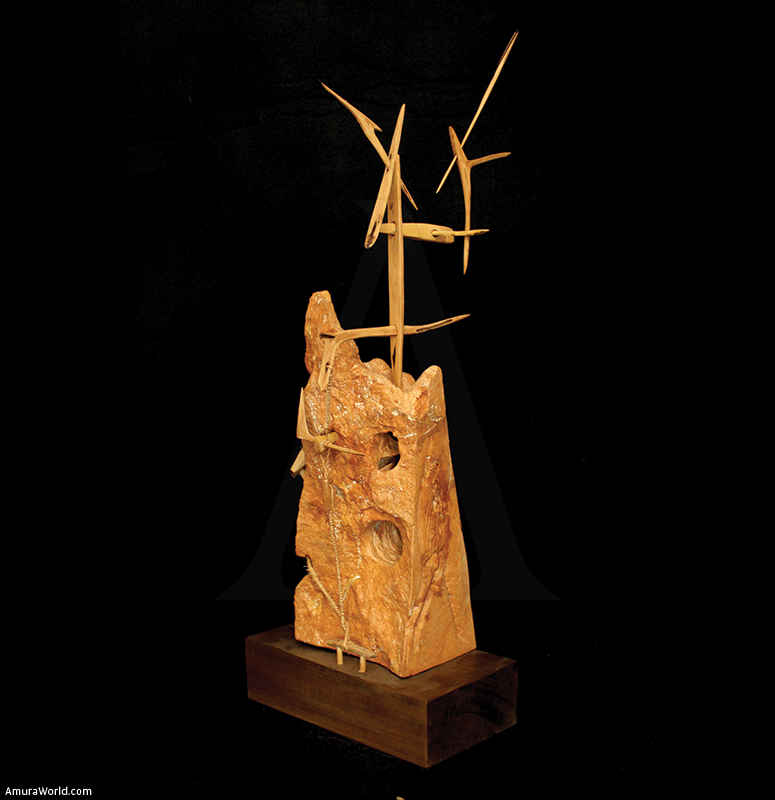 And it is because, in order to understand this concept of dark which I am referring to, one must remember the experience that contemporary astrophysics gives to the darkness in the expanding universe: “In an expanding universe, the most remote galaxies move away from us at a speed so great that their light is never able to reach us. What we perceive as the darkness of the heavens is the light that, though traveling toward us, cannot reach us, since the galaxies from which the light originates move away from us at a velocity greater than the speed of light.” (What is the contemporary? Giorgio Agamben, 2008, p. 46.). 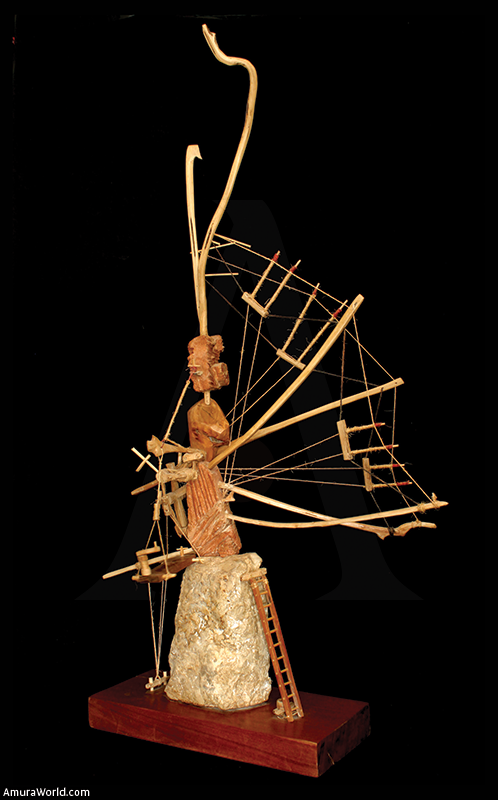 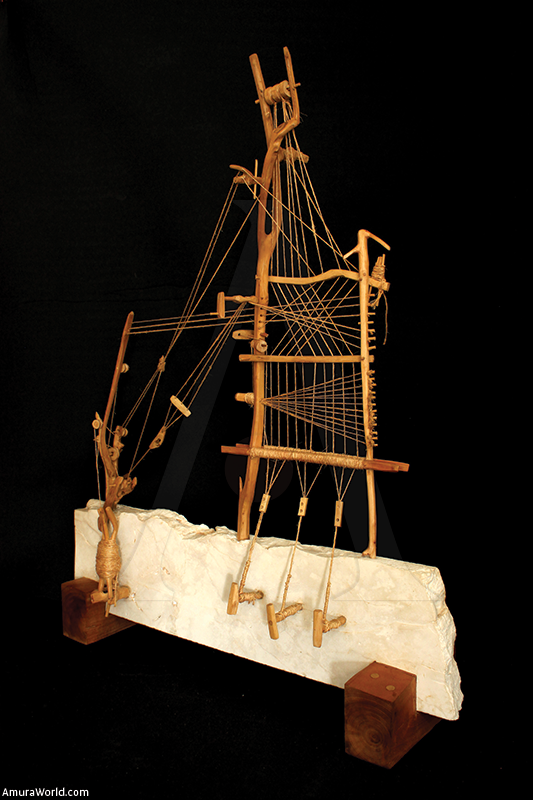 The contemporary has to do also with the materials used by Jesús Peraza in order to produce his sculptures (stones, wood, vegetable fibers, essentially), combined in a dance of forces, values, as well as history; pertaining to a peninsula which had existed before the artist took decisions on location, form and content, and which get transformed in poetic tridimensional revelations. In a space where approaching and methodologies must be reinvented once and once again as points out Umberto Eco: “...the aesthetic value is realized according to inner laws of organization of the forms and that is why it is autonomous. The description of the structures and their possible communicative effects, establishes the conditions for the realization of such value” (The Open Work, Umberto Eco, 1962).

With these elements, when watching his sculptures, we imagine ships which take us to the times of the Argonauts, to those mythological tasks and the eternal rebuilding of the same ship whose bows have been lost in the ages; where the breeze which spreads the suggested sails is delivered by the sighs of sailors who, from the margins of memory, unchain the anchors. 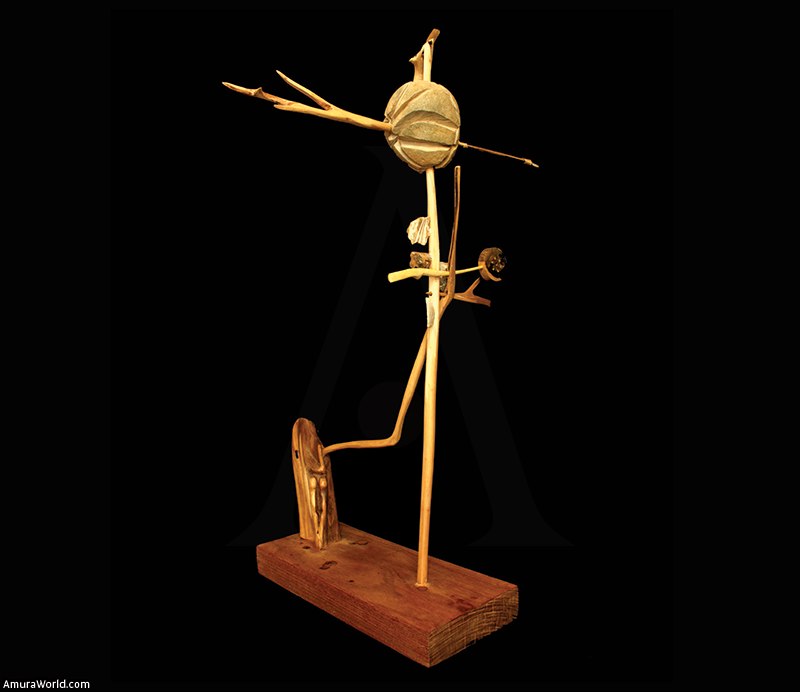 Other pieces are more soil, mockups of monuments to anything that may imply a memory, where the harmonic games have to do with nonexistent weights, suspended gravity, with levers and ropes holding that inner world with extensions; in order to reach the point of no return;: hints that change values and tones of their nature in order to imagine a piece in which the form is not precisely narrative.

With these elements, Jesús Peraza carries me to his world of sociology and anthropology, history and culture, to that world from which he is able to put together so different materials in order to get harmonious structures, poetic forms, architectures which mimic themselves in the inner landscape and engrave every movement.

Semiotics plays an essential role in this encounter, the same as the natural affability of the author, his friendly and caring character. In this exchange of elements, the pieces discover the dialectic potential of their own signs and meanings; which eventually and forever become a history to unravel myths and qualities; opening a door for us toward that world; where the sense of volumes is tuned up such a way that I stop worrying about the material and gravitational weight. What matters is what he has been able to capture in the space without interpretations, to rekindle the gaze in order to have the form itself become the one that tells us another history, with no beginning and no end. 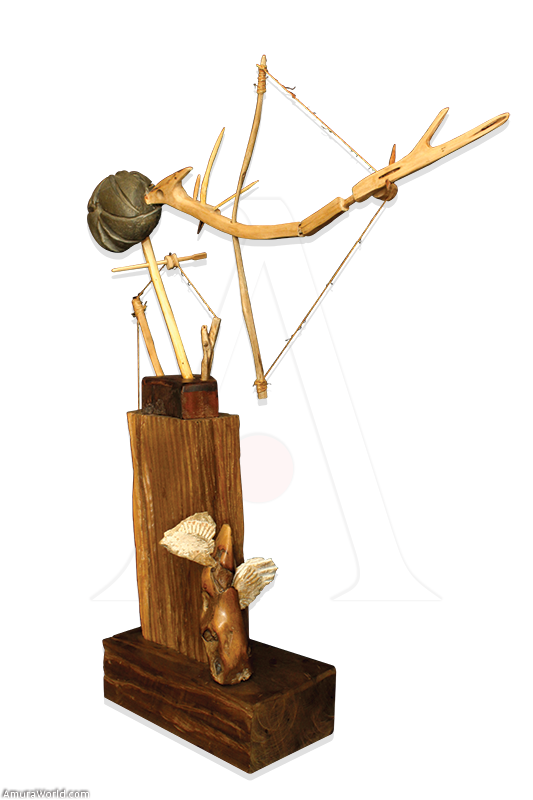