Art, as a distinctive expression of every culture, is a testimony of history, a mark which outlines the evolution, the road to a new cosmovision, a different society and its values​​. Intrigued by the Islamic world, I have searched its art in tradition, its legends and remnants of the Al Andalus kingdom. From Morocco, Syria, and the Middle East to Sicily, my explorations have allowed me to know and admire the  Mudéjar art. That long road lead me to Mexico, where I toured one of the most beautiful roads in the country and its rich heritage linked to the medieval world of  Islam.

During the struggle waged by Spain to regain its territory occupied by muslims, in every region recovered an indelible footprint of Islam was left behind. This fusion of cultures originated in the thirteenth century, the Mudejar term, referring to the Moors who lived under Catholic domination but were allowed to keep their religion. Some Mudejar were such skilled artists, that even the Christian monarchs entrusted their architecture and decorative art to them. With the fall of Granada in 1492, and the suppression of religious freedom,the Mudejar had to choose to convert to Catholicism or leave. The term Morisco is born then, to designate the Moors converted to Christianity under duress.

The term Mudejar Art was understood as Muslim art created between the Middle Age and the Renaissance. Between the thirteenth and fifteenth centuries, in Christian territory, this term was accepted by the Royal Spanish Academy of Language a century ago, as any manifestation of art  influenced by Islam, and created in Christian territories. These pieces were  created by Mudejars and Christians, must of them anonymous and influenced by the Islamic style. Today we apply the “Mudéjar Art” term to architectural and decorative works influenced by Islamic art, created in Spain or Latin America. 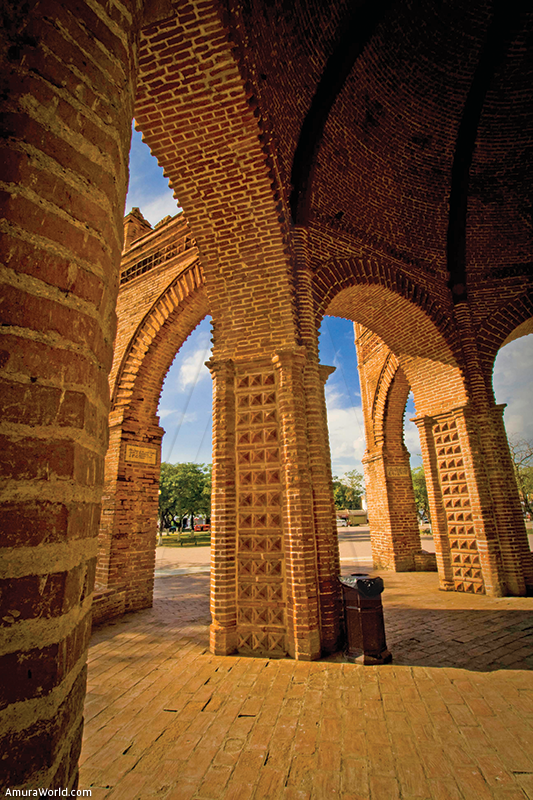 Granada and Sevilla are the two  Spanish cities which  have the largest and best collection of Moorish architecture exaamples. Seville is considered one of the most beautiful cities of the country, for its harmonious combination of the ancient and the contemporary. While Cordoba was for three centuries the political center for the Arabs, it was Sevilla to the Almohads (Moroccan dynasty who dominated the south of the Iberian Peninsula in 1147-1269) from the middle of the twelfth century. Fernando III entered Sevilla, capital of Al-Andalus, in 1248.

The architectural beauty that the invaders built in Seville, is a dazzling display of the culture that distinguished them.It was not  unacknowledged by the Spanish. However, as in similar cases, the victors refused at first to assimilate the art. Because of understandable pride,  theypreferred to preserve the European and Christian architecture, which consisted of sober lines and monumental proportions. Gradually the Spanish relaxed this rigidity and eventually surrender to the beauty of the buildings erected by the Muslims. 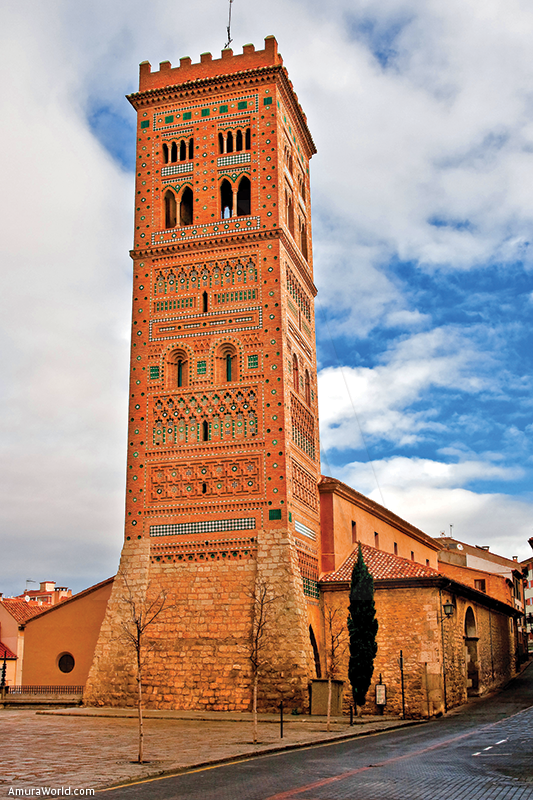 Not only mosques were converted into cathedrals, also new temples eventually began incorporating elements of Islamic architecture, both on roofs and in the decoration of walls. The trend reached the royals who built their palaces of sublime beauty following  the same line.

The Mudejar architecture you can see in Sevilla incorporates the  Almohad  artistic language, the Cistercian Gothic and Christian Renaissance.  After re gaining  Seville, Fernando III consecrates  and uses Islamic and Christian temples to provide services to the Christian faithful. It was not until decades later, during the reign of Alfonso X, whobegan the building of temples that showed foreign architectural influence. Two notable examples are the churches of Santa Catalina and Santa Ana.

Although it shares some elements,  in the Alfonsi architecture  in Sevilla, a further evolution then that of Cordova is perceived. There is more Mudejar Cistercian Gothic, a distinctive combination  style  developed under the reign of the Wise King. The churches of Santa Ana and San Gil are considered to be the oldest, they are located in the district of Triana.

The church of  St. Catherine of Alexandria, built in the XIV century in what later became the Aldarejo neighborhood, retains traces of Mudejar art in the lateral apse and the bell tower, a clear example of Moorish architecture of Seville. The temple occupies the site where a mosque was settled near the city gates. The original building was in use until 1356, when an earthquake affected not only this building but many Christian churches converted into mosques. It went through its most recent restauration a few decades ago. 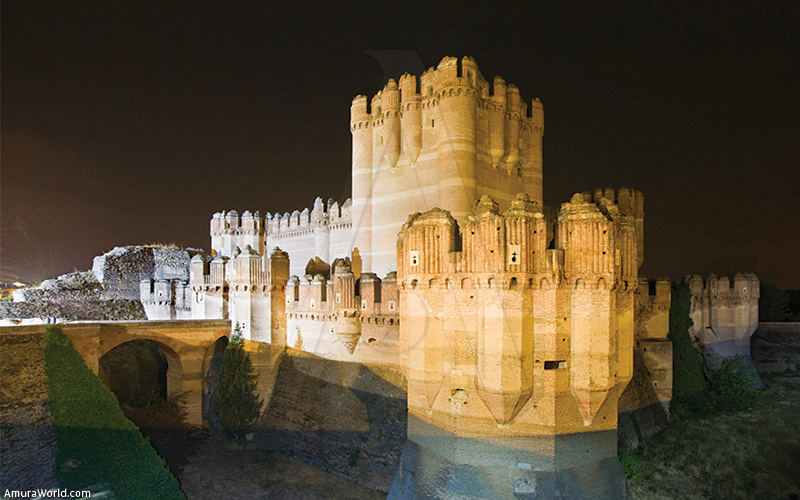 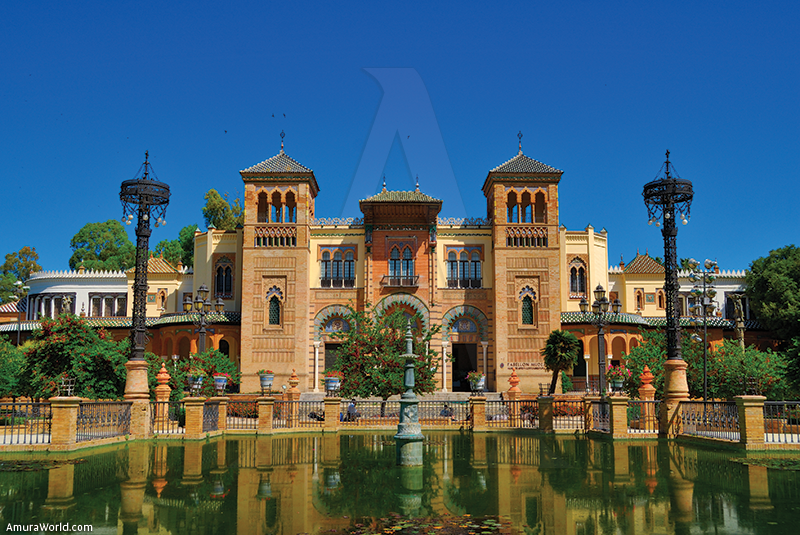 This temple, along with its architectural details, guard devotional images which alone, are worth a visit inside. San Cayetano, Santa Ana, the Exaltation of Christ, Our Lady of Tears,  of the Rosary, Our lady of Carmen and Saint Lucia . The amazing Gothic door,  also dates from the sixteenth century, it once stood in the church of Santa Lucia.

The tower of the San Marcos church is another great place to visit. It is the best Mudejar bell tower of Seville. There is such marked  similarity with the Almohad Giralda, that experts suspect it is a minaret  brought from elsewhere. This belief is not widespread, but it is firmly belived that it that was built in the first half of the fourteenth century.

The Real Alcázar de Sevilla faithfully responds y to the desire that the monarchy had at the time, to build luxury palaces that especially, accentuated their position and power. It is a compound (to be exact: Royal Alcazar Palaces in plural) built during the reigns of three monarchs: Alfonso X, XI and Pedro Alfonso I. These last two were famous for the said purpose of ostentation, as it is derived from the constructions that some scholars attribute to these kings.

The Alcázar of Sevilla shows the participation of  artists from Granada, Toledo and Seville.It is an example of the fusion of Muslim trends interpreted by various Mudejar sources. This cultural sum would be retained even in Mexico, as shown in the XVI century architecture that is preserved in the valleys of Mexico and Puebla.