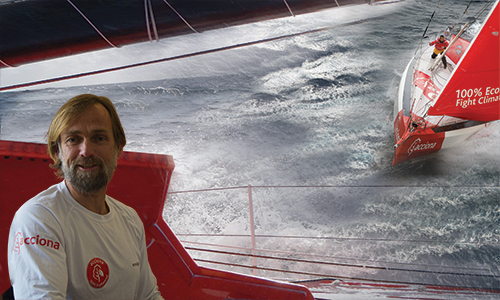 Bubi, how Javier Sansó is known, is a Spanish regatta sailor based in Mallorca, he has won a special place in nautic history due to the fact that he has revolutionized the concept  of the “green boat”, with a 100% ecological vessel, as well as crossing the Atlantic so many times that leagues don’t even make sense.

On board his zero emission Imoca 60, he has participated in Vendée Globe, the regatta that constates on traveling around the globe in solitary. This ship is 100% unsustainable thanks to renewable energy that comes from the sea, the sun and the wind “ a myth that will be referent in all sail navigation”, in the words of the Mallorcan. “This isn’t only a boat, it’s a true sea laboratory” Sansó has declared. 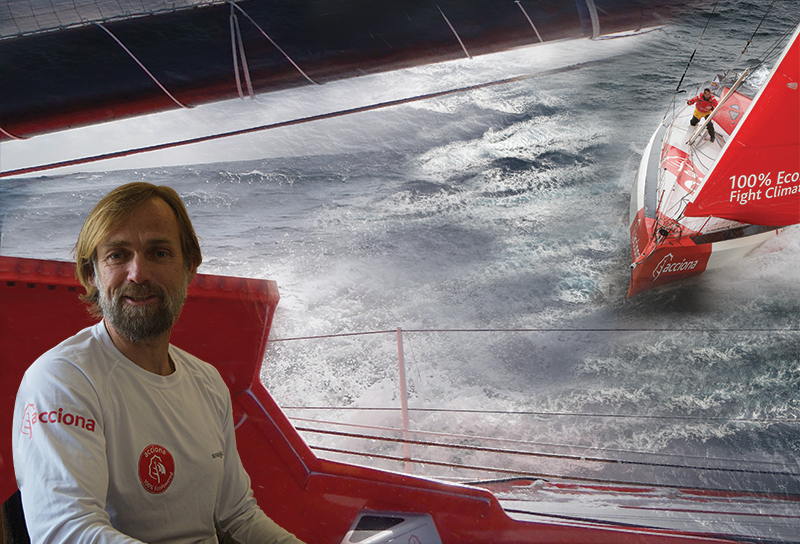 The vessel, denominated as “Acciona 100% Ecopowered”, was designed by the Owen Clarke Design studio and fabricated in New Zealand by the shipyard Southern Ocean Marine, it fixes the 115 tons of CO2 emitted during its fabrication with certified reductions of emissions that come from aeolic parks in Anabaru and Arasinagundi, in Karnataka, India. Javier Sanso also has an award that commemorates his achievement of crossing 30 times the Atlantic,  he’s also the first Spaniard in reaching on a sailboat the Antarctic Peninsula.

He has made the voyage in solitary around the globe several times; in 1994 he crossed for the first time the Atlantic on board of the Patagonia. In 2008, he obtained the fourth position in the Barcelona World Race, alongside Pachi Rivero. As far as conquering the equivalent of the Everest -at sea- the Vendée Globe, Bubi Sansó has declared: “I’m alive and I can make the Vendée thousand more times.” En 2012, Bubi batió todos los récords de la navegación española. Ahora, Sansó apunta hacia la Vendée Globe 2016, esperando colocarse entre los grandes y con muchas posibilidades de hacer historia.