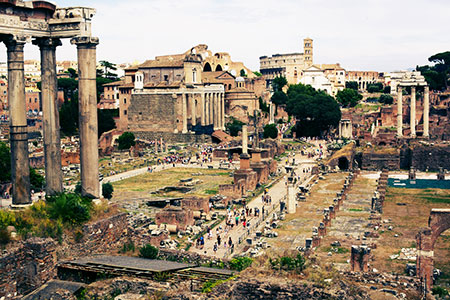 From next April 25, 2015, in Rome will be seen a reconstruction of temples, courts, schools and businesses "as they were in antiquity" through a tour of the Forum of Caesar.

The tour "Forum of Caesar. A new journey in the history of Ancient Rome" will be opened in coming days on the occasion of the anniversary of Rome, at which opens for the first time the underground gallery that connects the Forum of Caesar to Trajan.

"Forum of Caesar. A new journey in the history of Ancient Rome" is an evening stroll through the Forum's most famous emperor of ancient Rome and the first to build a forum in your name, which will be accompanied by images, videos and audio guide available in eight languages.

The audiovisual show will start from the excavations to build the Via of the Imperial Forums.