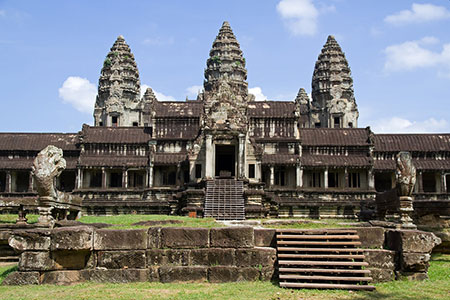 Angkor Wat in Cambodia, is the temple that makes reference to the national symbol if this country.  This construction was already considered the grandest religious structure previous to the XXth century, however, a new finding has determined that it’s dimensions are larger than expected.

"The Angkor Wat complex is bigger than we thought, it had more components than we had foreseen and it was delimited by its southern side, which is massive and unique; the dimensions are superior to 1,500 meters of longitude and 600 meters of width”, says a study published by Antiquity.

With the support of technology capable of detecting distances through and underground structures, known as LIDAR, the Great Angkor Project, is in charge of  Roland Fletcher and Damian Evans -both of the University of Sydney-, have discovered these remains alongside two towers, as well as other findings that redimension the urban complexes of an interesting  hierarchy  in it’s surroundings.