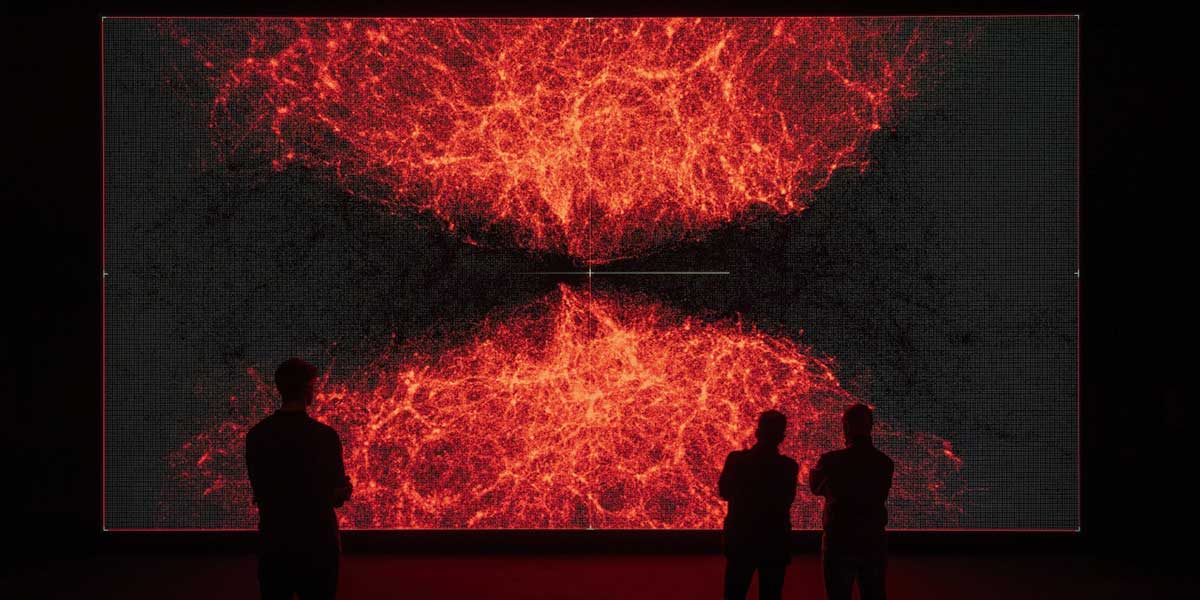 The largest exhibition of the audiovisual artist's work to date in Europe, curated and produced by The Vinyl Factory X Fact, with whom Ryoji Ikeda has been collaborating for five years.

This exhibition not only marks the world premiere of Data-Verse Series 3 but will be the first time the trilogy will be shown as one since it was commissioned in 2015.

Ryoji Ikeda's innovative work explores the essential characteristics of sound and light through mathematical precision and aesthetics by orchestrating sounds, images, materials, and physics. The artist goes beyond the conceptual to delve into extremes and infinities and has pioneered a global movement through these immersive works that challenge the understanding of the universe and humans' place in it.

The Data-Verse trilogy was commissioned six years ago by Audemars Piguet Contemporary, which since 2012 has been commissioning contemporary artists to create new works of art that reflect what the world is experiencing. In the case of Ikeda's work, it visualizes and sonifies the different dimensions that coexist on Earth, from the macroscopic, the human and the microscopic.

“The entire exhibition is based very much on physical experience, not only intellectual content. It begins with works that give intense, very simple experiences, and then the works get more complicated, like the data-oriented projections,” said Ryoji Ikeda.