The top 50 restaurants in the world 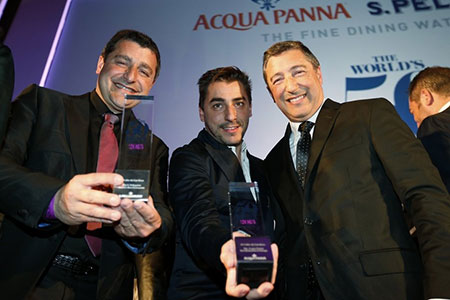 The time to know what are the top 50 restaurants in the world has been fulfilled. This year the prestigious ranking "The Best 50 Restaurants" based on stringent criteria and assessments of the best critics and experts in the world, placed the Celler de Can Roca, Spain, the best in the world, overtaking the restaurant Noma René Redzepi , which was in third place, behind the Osteria Francescana in Modena.

In this battle of gastronomic havens, this year three Mexican premises are located: Pujol, on the site 16; Pigweed, at 35 and Biko in the position (37).

The winning restaurant first box that announced in London list is led by the three Roca brothers, Joan, in front of the kitchen, Josep as sommelier and Jordi, in charge of sweet dishes, for the last year and won the recognition of the best baker in the world.