The Pharaohs’ Golden Parade in Egypt 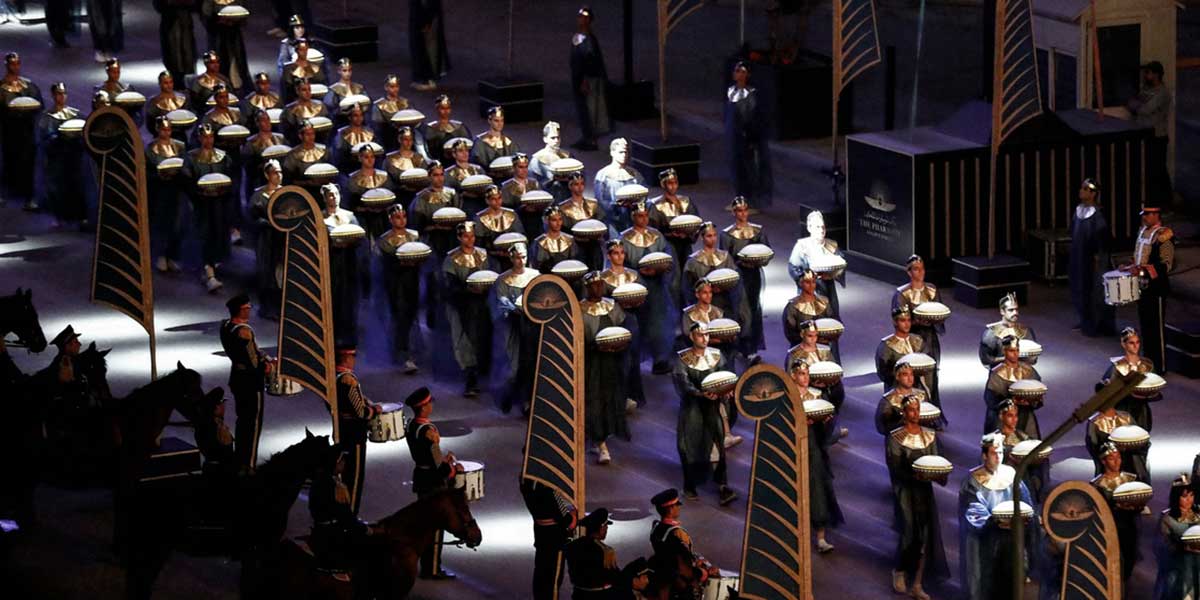 It was a historic procession carried out in Cairo’s streets.

A parade in which 22 mummies of Ancient Egyptian pharaohs (18 kings and 4 queens) were solemnly transported to their new abode: The National Museum of Egyptian Civilization (NMEC), with Ramesses II – the most famous of the ‘new kingdom’ and who ruled for more than 60 years and signed the first known peace treaty – leading the way.

Each mummy was transported one by one, parading, in a decorated vehicle and in the chronological order of their reigns, from Seqenenre Taa II, ruler of the 17th Dinasty B.C., to Ramesses IX whose reign was in the 12th century B.C. Behind the chariots followed a caravan that included ancient horse-drawn replica war chariots.

The streets through which the procession passed, approximately 5 kilometers from the Egyptian Museum (where they previously stood) to the NMEC, were repaved to make the journey smoother. To help protect the mummies from external conditions, they were placed in special nitrogen-filled boxes when being transported.

Egypt suffered a sharp increase in Covid-19 infections in 2020, however, the decrease in the number of cases and deaths this year made it possible to lift restrictions on outdoor events.

The advisor to the Minister of Tourism and Antiquities, The Pharaohs’ Golden Parade “shows that even after thousand of years, Egypt retains great respect for its rulers.”

The NMEC in Cairo was partially inaugurated in 2017 and will open its doors on April 4th; however, it is important to mention that the mummies will not be on display to the public until April 18th, Sunday.

After the parade, speculation about the ‘curse of the pharaohs’, a punishment for not letting them rest in peace according to various beliefs, began. This had already been evoked in the 1920s when, after the discovery of Tutankhamun’s tomb, the deaths of some of the archeological team members were reported.